By GavinMndawe11 (self media writer) | 19 days ago

More than half a dozen schools recently joined in on the protests inspired by the prosecution of MPs Mthandeni Dube and Bacede Mabuza. The crowd control measures taken by the police appear to be a little harsh, there is no consideration of the fact that they're dealing with high schoolers. Since primary school students were also part of the protests, as seen at Hosea Primary School, it's important for law enforcers to implement a pacifist approach. They need to be trained in dealing with different kinds of people. What next? Will they start shooting bullets at these kids? 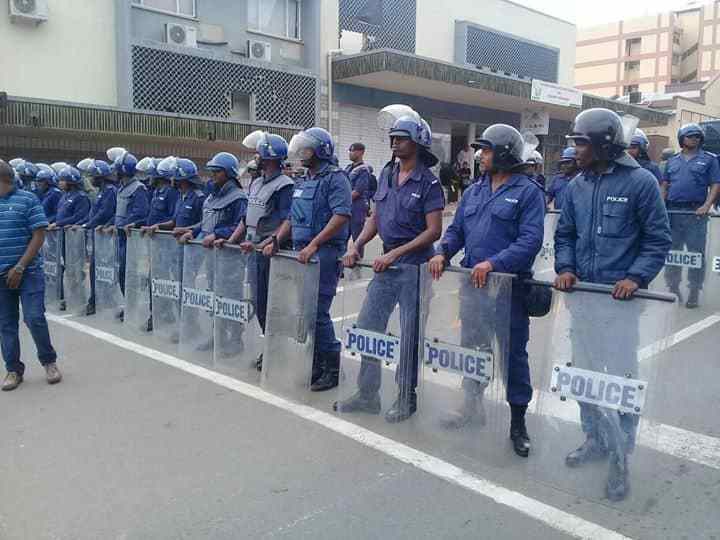 Got Some Sass? Get Some Gas!

When someone is naked in public and it qualifies as public indecency, a cop is supposed to come armed with gloves and a blanket. 20% of 9-1-1 calls in America have to do with a mental health situation or a substance abuse situation, and police need to know how to deal with such instances. When handling high school learners, we have to see them as victims and not criminals. This is especially since a lot of the time, they're being used as pawns in a political game. The government revealed that teachers were responsible for some of these school protests, after all.

There's a reason why you have a juvenile allocation in correctional services and an adult one. There's a reason why a child cannot stand as a witness in court. We saw how they used their water cannons in Manzini several weeks ago, why couldn't they have used that on the students? Teargas just seems like something you'd use as a last resort in more extreme circumstances. 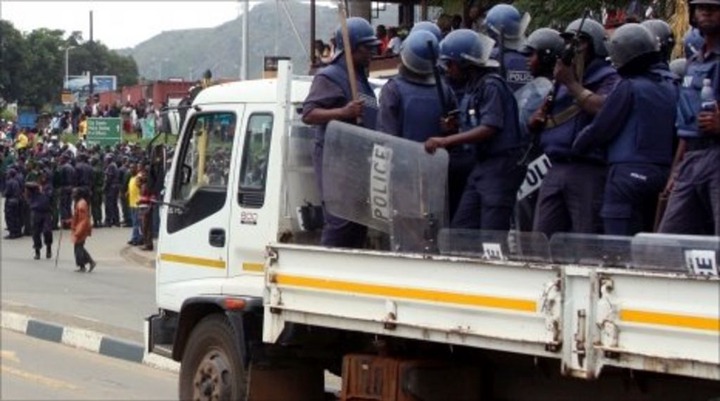 Sure, a water tank was burned at Big Bend High. Maybe their 'side demands' are a little opportunistic, considering how some pupils started demanding freedom in hairstyles and for girls to wear pants to school. Still, it doesn't justify how law enforcers have been treating these kids. An independent news source, not the two censored papers in the country, exposed a headteacher who instructed police officers to beat students for missing school keys. These guys seem determined to have lawsuits flying at them all year.

So do you think it's proper for the police to fire teargas at schoolgoers? Would you rather the cops used water cannons or teargas on high schoolers holding protests? What other crowd control tactics do you think the cops should explore? Shot us a stinging comment below, share with a teacher or a student, and FOLLOW FOR MORE ON SWAZILAND!

What Was Themba Zwane And His Agent Doing At Naturena?