By Moroongwa (self media writer) | 5 months ago 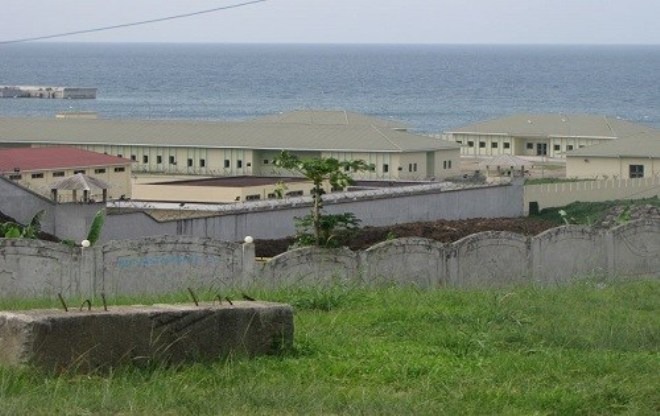 Black Beach Prison outside the capital of Malabo

At least 70 prisoners being held in Equatorial Guinea’s notorious Black Beach prison outside the capital Malabo are facing death by starvation, Amnesty International said in a report this week.

President Teodoro Obiang Nguema went on air to deny the allegation, saying on national radio that “although there are many prisoners incarcerated at Black Beach, they are well treated.”

Amnesty said those most at risk in the former Spanish colony were dozens of political prisoners arrested last year who were being held without trial, and 15 foreign nationals who were deprived of contact with family and lawyers.

Many were particularly at risk since they had been severely weakened by ill-treatment, torture and lack of adequate medical care for chronic illnesses, the London-based rights watchdog said in a statement.

Among the prisoners are six Armenians and five South Africans convicted last November of preparing the ground for a mercenary invasion to overthrow Obiang. The former army officer has ruled the tiny oil-rich nation with an iron hand since he deposed and killed his uncle in a 1979 coup.

Four Nigerians have also been held at Black Beach prison for several months without charge or trial and without their embassy being notified, Amnesty said.

Prison officials reduced the daily food ration for inmates in December from a cup of rice to one or two bread rolls, but since the end of February “provision of any prison food at all has been sporadic,” the report said.

“Unless immediate action is taken, many of those detained at Black Beach prison will die,” said Kolawole Olaniyan, the director of Amnesty's Africa programme. “Such near starvation, lack of medical attention and appalling prison conditions represent a scandalous failure by the Equatorial Guinea authorities to fulfil their most basic responsibilities under international law.”

Both Amnesty and exiled opposition sources said prisoners often were dependent on food handed to prison guards by families.

This made the situation all the more difficult for foreigners and for people from the mainland part of Equatorial Guinea, 200 km to the southeast, since they had no family nearby, Amnesty said.

Black Beach is situated on Bioko, a mountainous volcanic island formally known as Fernando Poo, where the country's offshore oil industry is based.

Amnesty said all prisoners were kept in their cells for 24 hours a day and that foreign detainees were held with their hands and legs cuffed at all times.

The foreigners were handed sentences of between 14 and 34 years in jail in November for their alleged role in an abortive invasion by South African mercenaries. Their trial was slammed as unfair at the time by Amnesty and the London-based International Bar Association.

Former South African soldier Nick du Toit, the alleged leader of the group, was the sole defendant to have initially confessed to a role in the conspiracy. He later said that his admission of guilt had been obtained by torture.

Obiang, the present head of state, has been widely accused of corruption and human rights abuse during his 25-year rule of what used to be one of the world’s poorest nations.

Equatorial Guinea now produces 350,000 barrels per day of oil and has become Africa’s third-biggest oil producer after Nigeria and Angola, but most of its 500,000 people still live in dire poverty.

Although oil generates US $30,000 per year for every one of the Equatorial Guinea's 500,000 inhabitants - giving the country a gross domestic product per capita equivalent to that of Switzerland or Denmark - life expectancy remains low at 49 and less than half the population have access to clean drinking water, according the UN Human Development Index.

EVIDENCE: He is having a good time in Cape Town

New Information Linked To The Shell Garage Has Been Released To The Public.