Suspended Public Protector, Busisiwe Mkhwebane has received another sad news, in the form of a legal setback. Busisiwe Mkhwebane has requested for a leave of appeal to enable her to appeal the ruling against her. But the constitutional Court has turned it down, saying that they have seen that the case do not possess any prospect that would make it successful. Recall that a social media user had earlier told the embattled Public Protector to go home and rest, saying that she will not win any single case against Ramaphosa in South Africa. The person advise her to stop wasting her time and resources trying to battle Ramaphosa because it may end in tears for her. Busisiwe Mkhwebane has also threatened Ramaphosa that she will drag him to court if he did not reverse her suspension. Most of the requests from Busisiwe Mkhwebane are always thrown out. This is a reality. It therefore makes no meaning threatening Ramaphosa with a court action when in reality the case will still be thrown out. 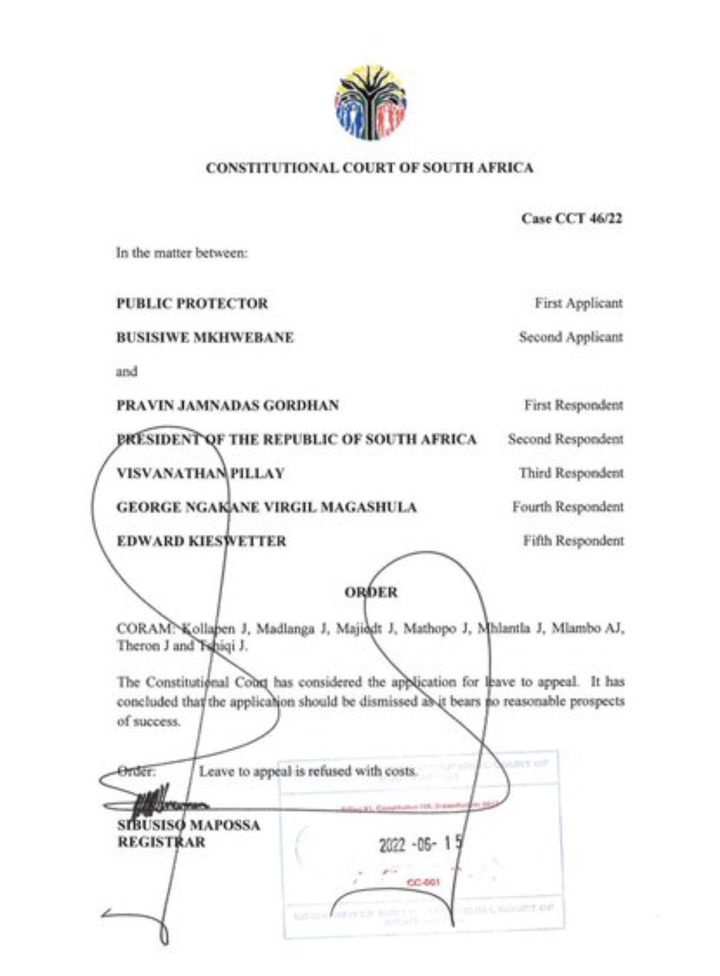 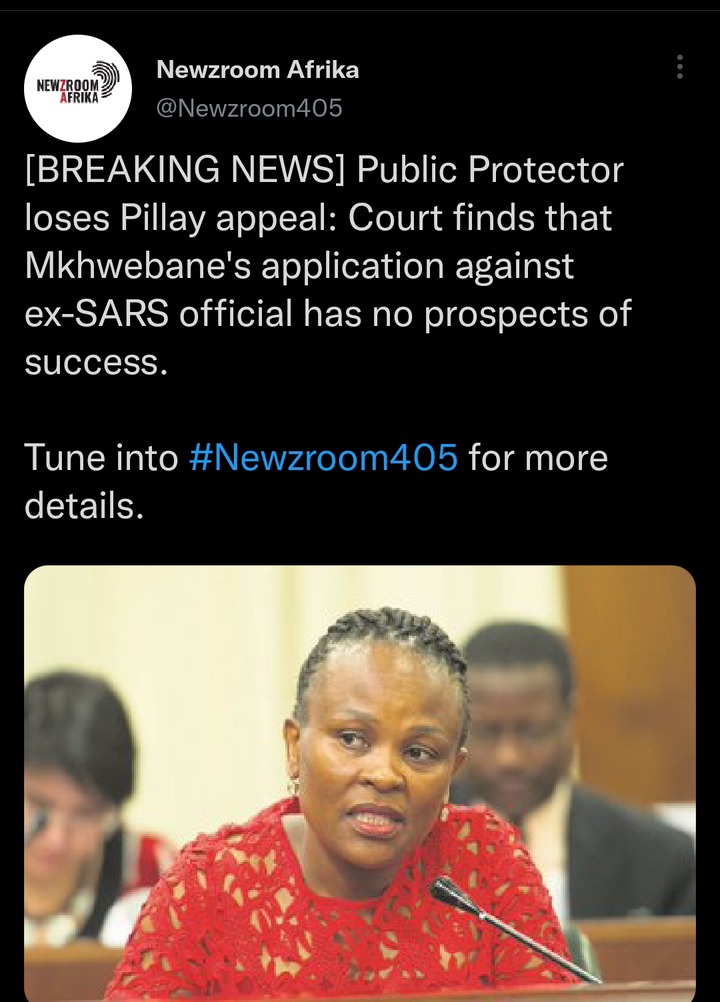 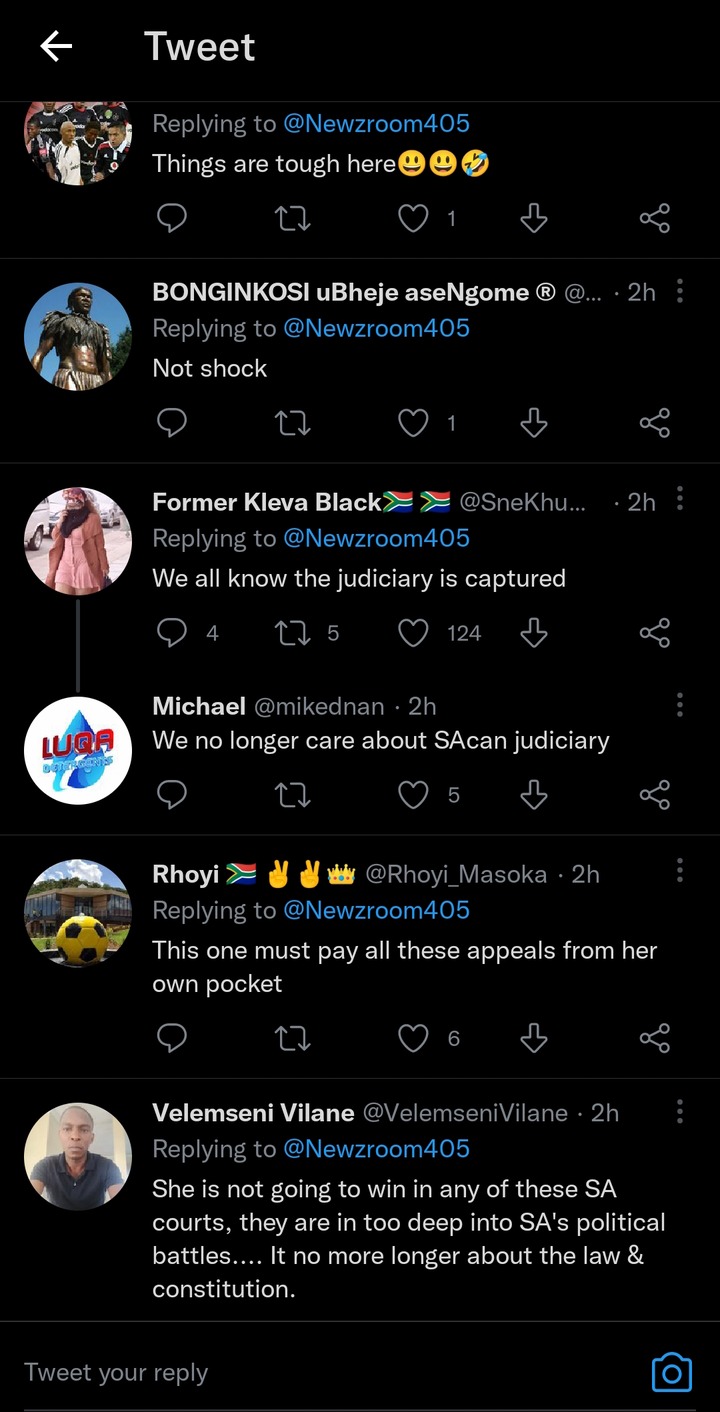 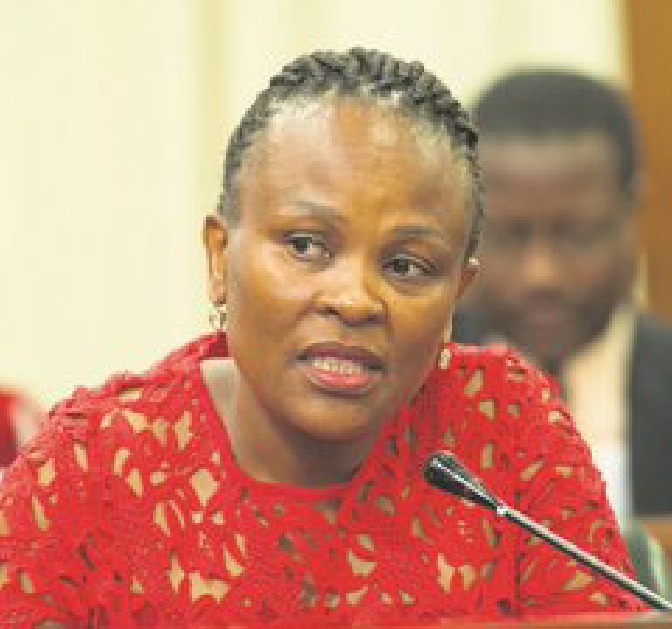 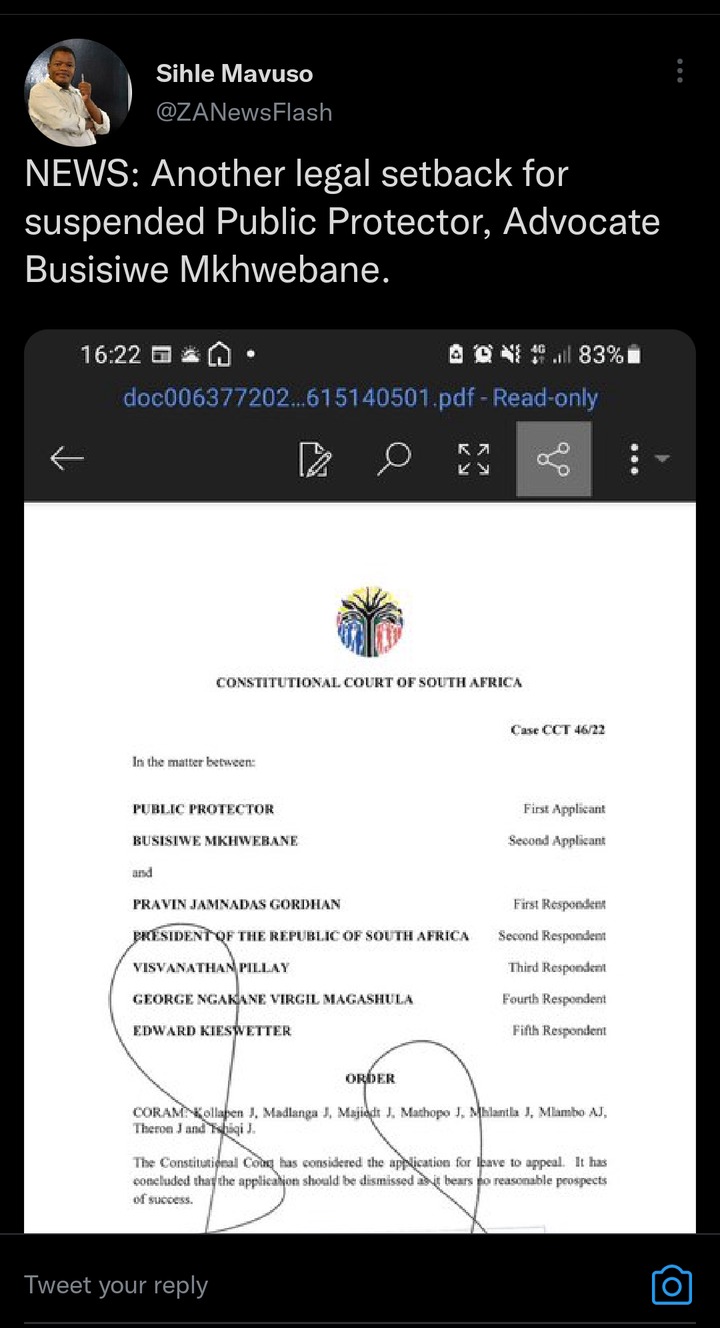 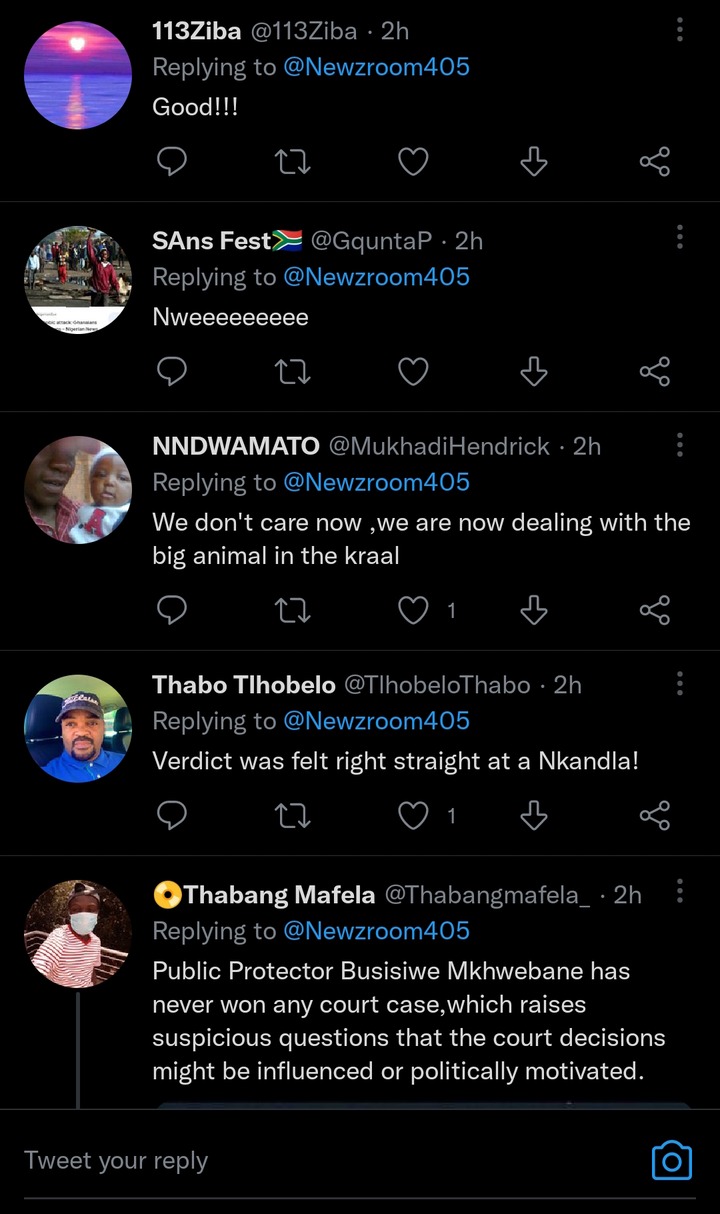 The person who posted this letter from the constitutional Court wrote, “NEWS: Another legal setback for suspended Public Protector, Advocate Busisiwe Mkhwebane. Public Protector loses Pillay appeal: Court finds that Mkhwebane's application against ex-SARS official has no prospects of success”. This means that the constitutional Court already know in advance that Busisiwe Mkhwebane will not be successful at the case, so no need to go on. An infuriated South African youth wrote, “Has the taxpayer been funding this frivolous exercise by @AdvBMkhwebane? And RET people and the Julius Malema’s sycophants in @EFFSouthAfrica believe that she is the best PP ever?”. Meanwhile, president Cyril Ramaphosa through his spokesperson, Vincent Magwenya has said that the Public Protector remains under indefinite suspension, saying that there is no change of plans. She stands suspended as earlier communicated. 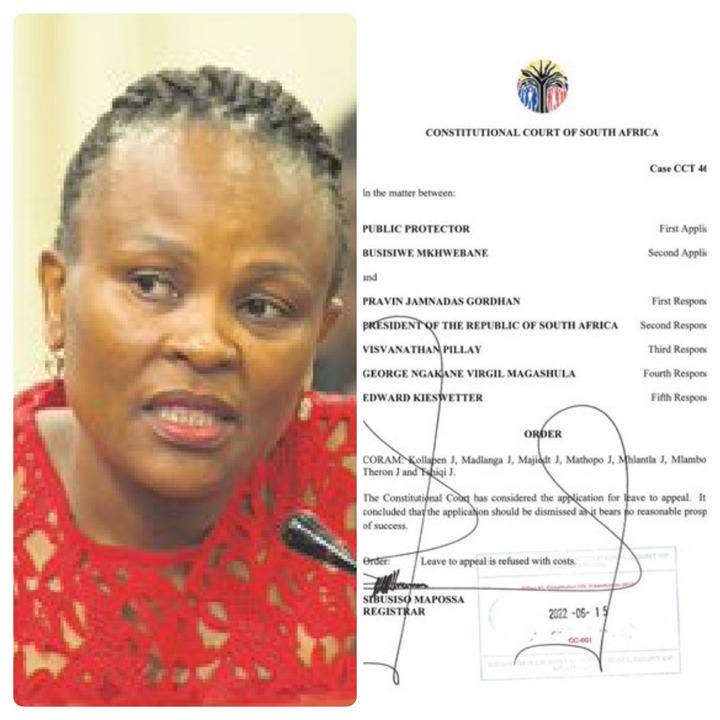