The commission on state capture is under fire from the former president Jacob Zuma, who has threatened to take the report on judicial review and report Chief Justice Raymond Zondo to the Judicial Service Commission (JSC) for misconduct. The man at the center of the Gupta family's seizure of the SA state, Jacob Zuma, responded to the Zondo commission's findings on Saturday. At a Sandton hotel, the former president gave a speech. President Cyril Ramaphosa received the conclusion of Chief Justice Raymond Zondo's four-year commission of inquiry into state capture, which Zondo presided over while Zuma was still in office. 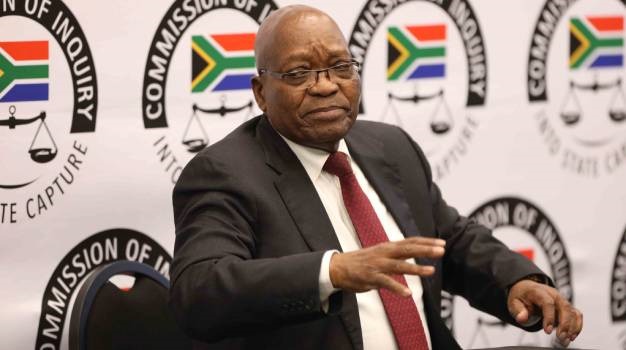 Zuma testified at the Zondo commission for less than three days before declining to continue. In June of last year, the Constitutional Court sentenced him to 15 months in prison for contempt after he disobeyed summonses and an order to testify. When the parole board's recommendation was rejected by the then-director of correctional services, Arthur Fraser, he was controversially released on medical parole two months after his arrest on July 7. His parole was revoked by the Pretoria high court, but his appeal has not yet been heard.

"A report from an unlawful commission," says Manyi of the Zondo Commission. He continues, "After spending nearly R2 billion over the course of the past two years, it is unclear what the commission accomplished. Manyi claims that Zondo, not Zuma, committed the wrongdoing: "In a further act of bullying and an abuse of power, Zondo complained to his colleagues in the constitutional court about Zuma's behavior instead of approaching law enforcement. Manyi is bringing up the allegations that Zuma and Zondo were pals once more. As a result of his refusal to cooperate with the Zondo Commission and his use of false allegations of Zondo's bias as the basis for his claims that he would be treated unfairly, Zuma was sentenced to prison for contempt for his actions.