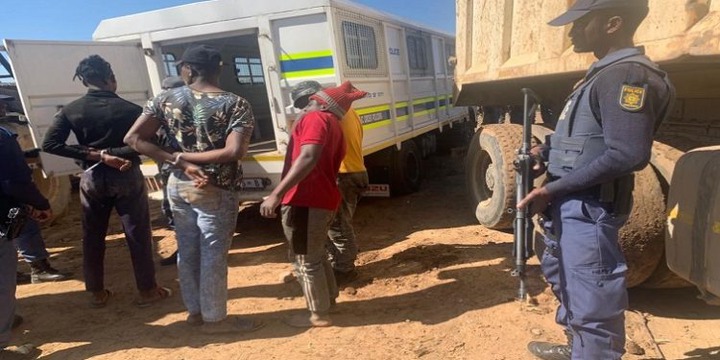 It's amazing indeed for a 15 year old to be doing such a crime. As humans we wonder where does the world is heading. If poverty can make people behave like animals I wonder, how the world will be like after 10 years from now.

This indeed has made the authorities to be stunned by such an incident; when they found a young boy about 15 years of age. The authorities were all reeling with surprise when the see the young man. But when all these suspects were being asked their age. The authorities in court were amazed to learn that other Zama Zamas were as young as 18 and 15. But the one of 15 years made every one to feel sad.

This really shows that suffering in this world is too much. Offcourse the young suspect was among Seven suspected illegal miners arrested during police operations following the gang rape of eight women in Krugersdorp on the West Rand two weeks ago.

National Prosecuting Authority spokesperson Phindi Mjonondwane told journalists outside the Krugersdorp Magistrate’s Court on Wednesday. That the evidence was strong against the seven accused on the charges relating to the incident that happened to the ladies and the crew; when they were busy filming their and music video. 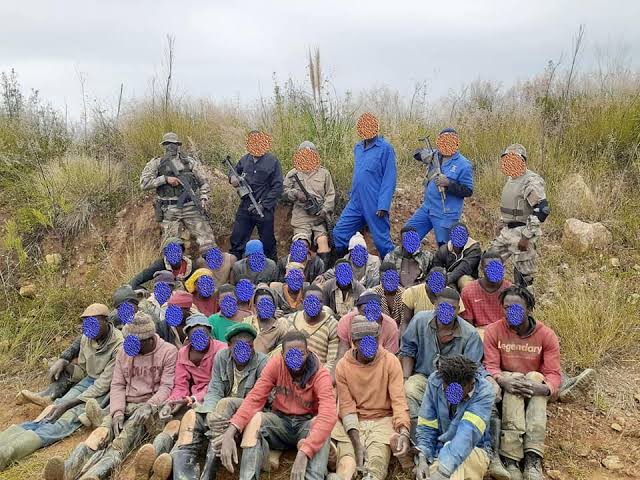 The prosecutor was happy about the dockets as she kept on looking for contents in the docket. She was glad to see that evidence was enough to make sure the docket on robbery, rape, Sexual assault is used in court.

The case was postponed to 28 September for further investigations.

The minor would be taken to a place of safety and is expected back in court on Thursday, pending the outcome of an age assessment.

Indeed it's tough this days; people are risking by all means to put food in the table. Except the ugly part of Sexual assault.

The Age Of The Minor Zama Zamas