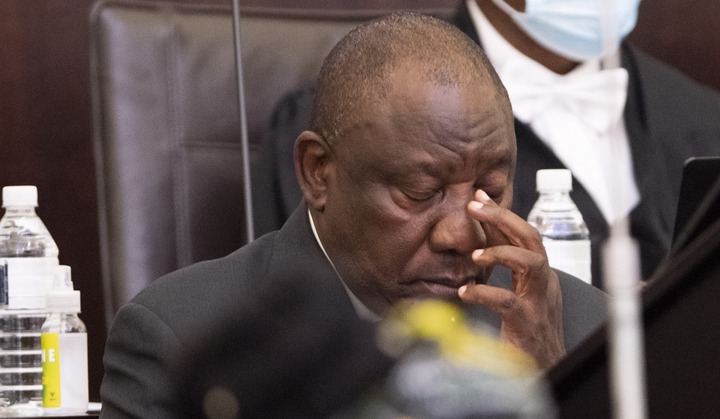 It appears as though its not raining but pours for President Cyril Ramaphosa. The 2012 Lonmin mine fatal strike, might be put on Cyril's shoulders.

The South Gauteng High Court ruled in an application by workers trying to find closure in a form of compensation against the President and mine owners Sibanye Stillwater.

The most important idea of the ruling was that a case could be made that Ramaphosa, Lo min and the police concluded in the disastrous evens that led to the killings of striking miners.

On a lighter note, the court ruling sidelined their direct involvement for the deaths of 34 miners, but complicity leading up to them.

On 16 August the SAPS allegedly gunned down 34 striking miners in self defence of some sought at Lonmin platinum Mine in Marikana, North West.

The Chaotic strike made global headlines and pounced as the most death-causing use of state force in post-apartheid of SA.

The reason why Ramaphosa is included in the Marikana chaos is that he was not in government but was a businessman and a board member at Lonmin the time of the strike in 2012. Later, Lonmin Mine was acquired by Stillwater.

Survivors of Marikana employees are seeking millions in compensation. They shop around for legal representatives, with the laid down claims beings centred on State Attorney offices in Pretoria.

One of the judges upheld or support four of Cyril Ramaphosa's exceptions, but put aside one, in which he (Cyril), had taken part in, planned and endorsed of the cooperation of Lonmin mine in Marikana and the SAPS, causing deaths, injuries, arrests and detention of the striking workers.