ARREST BREWING? Check who is on the way to lay charges against Bheki Cele 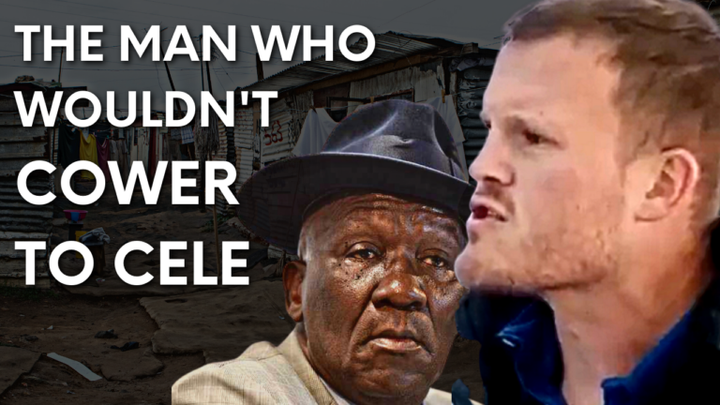 The feud between, Police Minister, Bheki Cele and Ian Cameron is far from over. The Director of Action Society, Ian Cameron, has accused Police Minister Bheki Cele of politicising crime. Cameron and Cele faced off in Gugulethu on Tuesday during a community meeting to address crime. During the heated exchange, Cele could be heard shouting "Shut up!" and "Get out!" at Action Society director Ian Cameron, before police officers forcibly removed Cameron from the venue.

Now Cameron is on his way to Gugulethu SAPS to lay charges after Cele's outburst and terrible police behaviour on Tuesday. Cameron says Bheki Cele should be sacked as minister of police. Cameron has also sent a strong warning to Cele. "Minister Bheki Cele, you need to step down and retire sir. It is time", Cameron said on Twitter. Cameron says he will file four charges and complaints against Cele and the police officers.He blamed Cele for the ongoing violent crimes in the Cape. 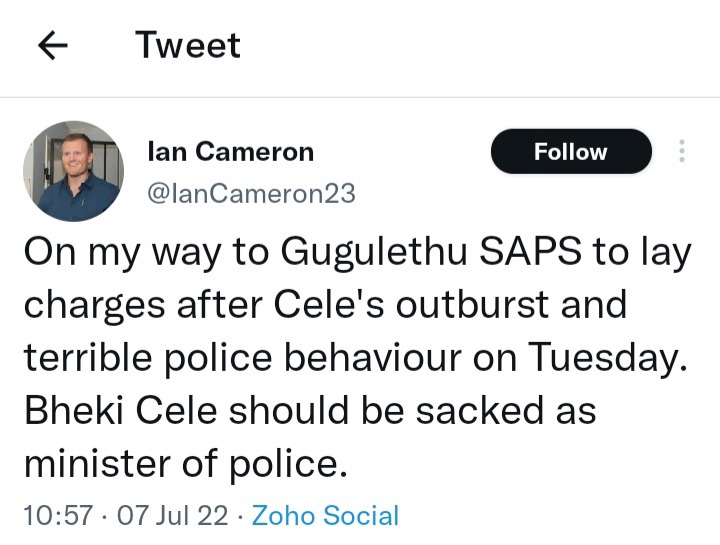 Meanwhile, Bheki Cele has been backed into a corner and could be forced to explain his conduct following the public outburst which resulted in the director of lobby group Action Society being forcibly removed from a public meeting. 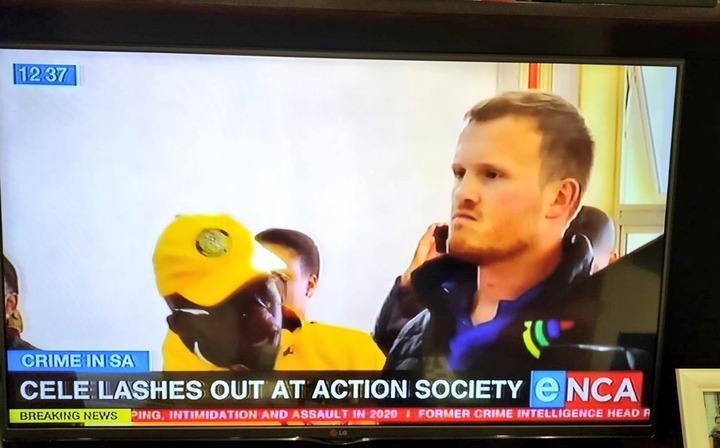 Unfortunately, the minister was out of line. For starters he cleverly introduced a struggle song about kitchen girl and garden boy, which was never the issue there. He could have taken Cameron's challenge of patrolling, and then move to what was irking him. His Majesty Honourable Minister Bheki Cele, MP, has created an excellent opportunity to teach him and his minions in uniform a constitutional lesson. In terms of ss 199(6) of the Constitution, 1996 he may not issue and they may not execute a manifestly illegal order. Seems like he has a few choices harassment intimidation assualt then there are the more technical constitutional case law. Equality law may also apply with regards to discrimination against a minority group. 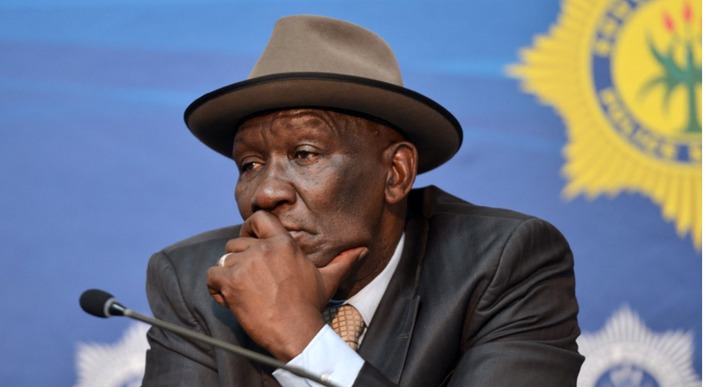