Mario Khumalo, the popular anti-foreigners aspiring politician, has warned that people who belong to the organization, COSATU must resign their membership for their own good. Mario Khumalo who is also calling for the deportation of illegal immigrants, Undocumented foreigners and unsolicited refugees is declaring that COSATU is defending Zimbabweans. He advised anyone whose father, mother, sister, brother, uncle, Aunt, Cousin, nephew or niece is a member of COSATU must be told to resign from that body or organization with immediate effect. He wrote on his Twitter handle this evening after he fell out with the organization yesterday along with members of South Africans First (SAF) group, who accused COSATU of joining forces with foreigners and illegal immigrants to fight against South Africa nationals. Yesterday, Victoria, a follower of Mario Khumalo said that COSATU will be disbanded in 2024 once the ANC is voted out of power, declaring that they are of no use to South Africa nationals, but they are good to foreigners, especially illegal immigrants and Undocumented foreigners and unsolicited refugees. 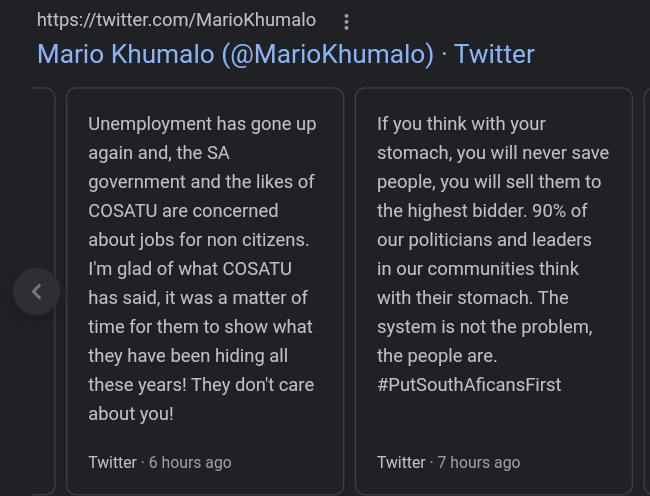 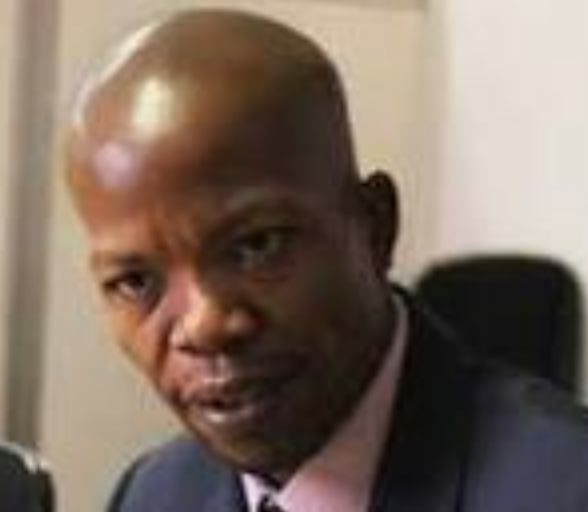 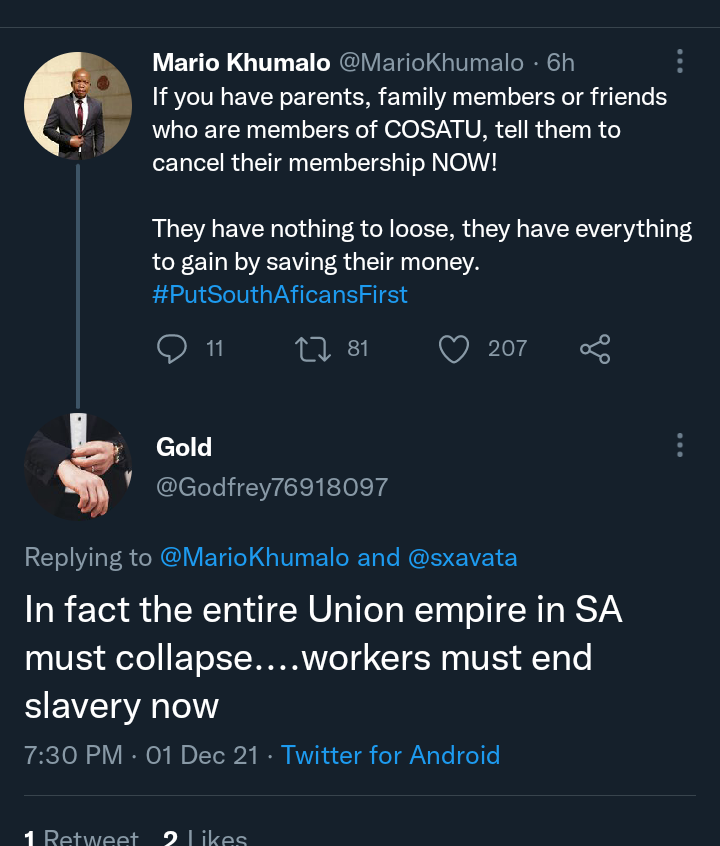 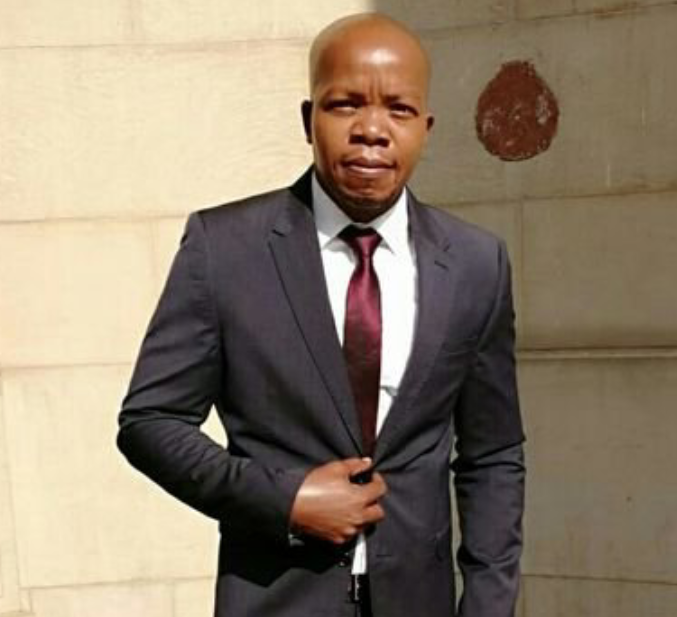 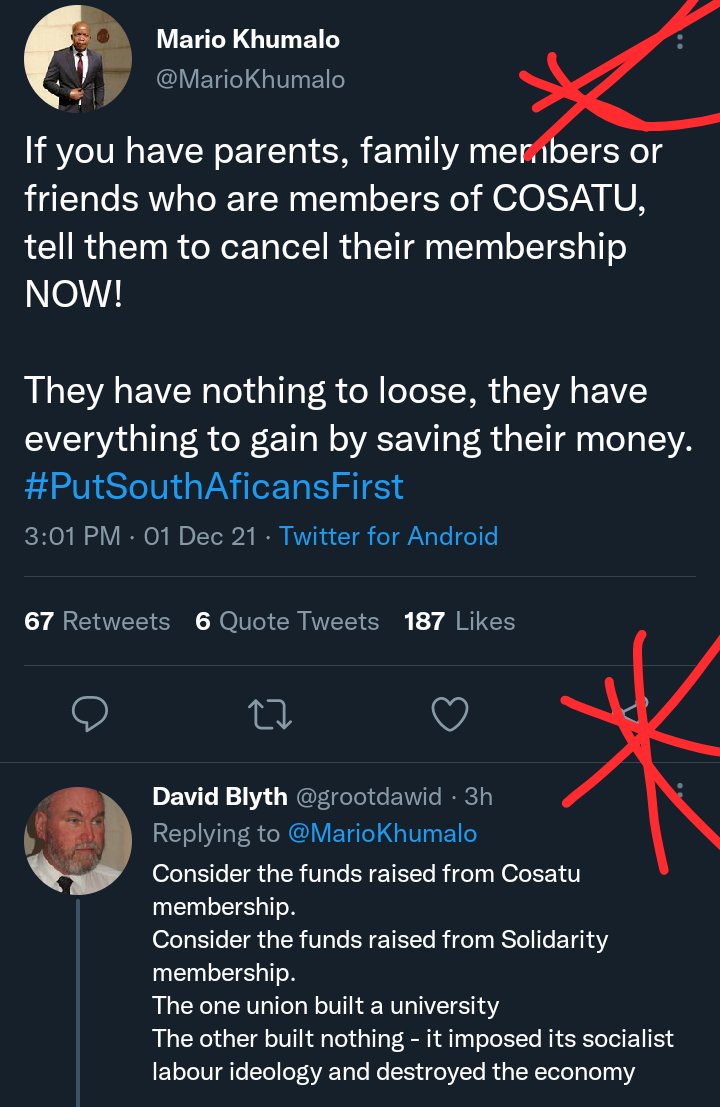 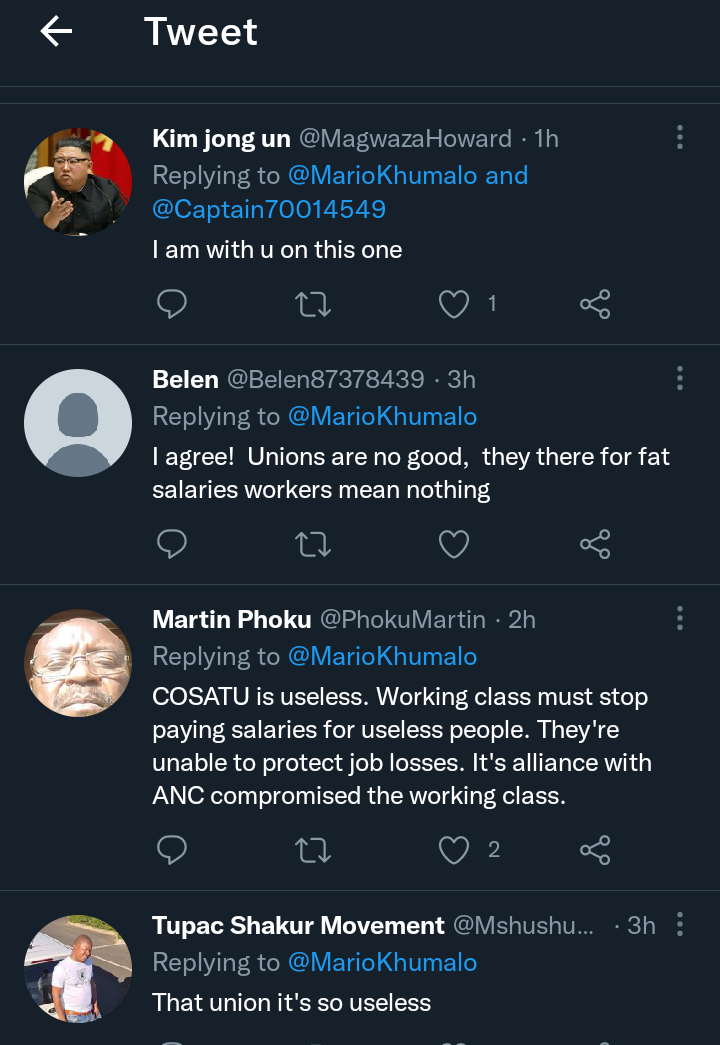 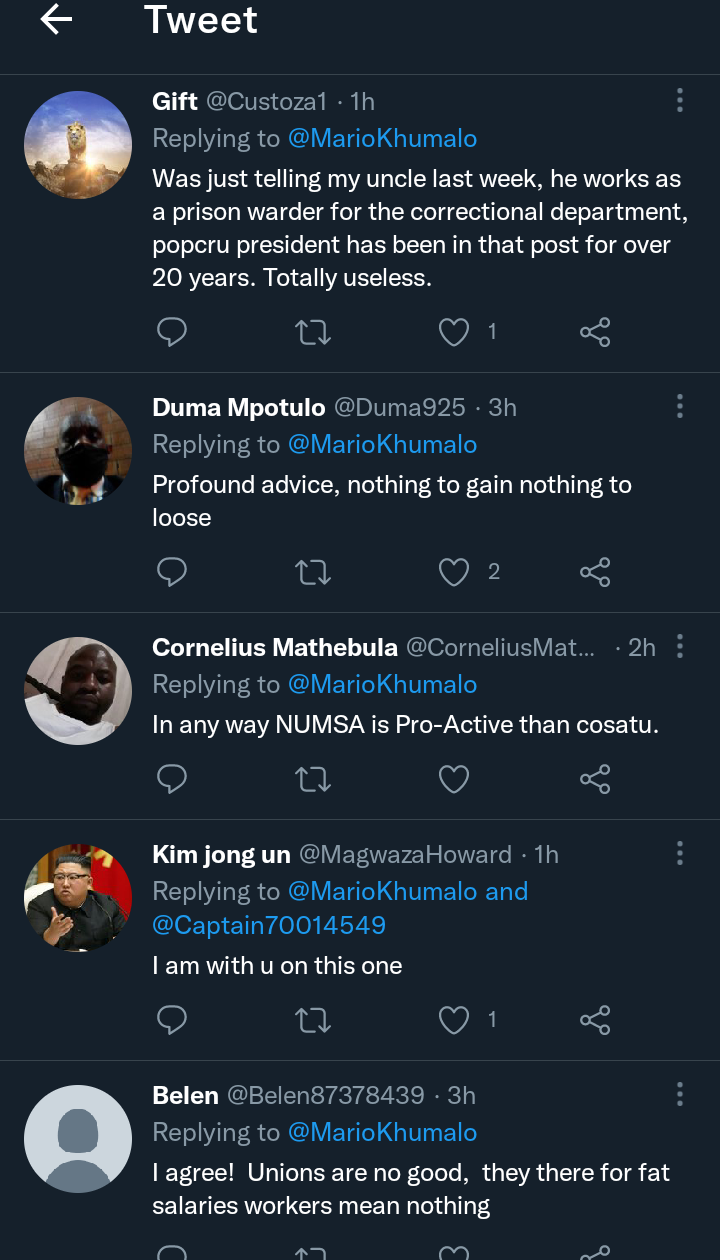 Mr Mario Khumalo who is widely regarded as a xenophobic politician often call himself a patriot. He has always come under intense criticism for always making negative comments, statements about foreigners in South Africa, especially Zimbabweans, Nigerians, Somali, Pakistani, Indians, Ghanaians, Kenyans, and Ethiopians. In fact, to Mr Mario Khumalo, no one is welcomed in South Africa at all. He wrote, “If you have parents, family members or friends who are members of COSATU, tell them to cancel their membership NOW!

They have nothing to lose, they have everything to gain by saving their money.

Put South Africans First”. He is also fond of criticizing and attacking the ANC and also the government of President Cyril Ramaphosa, saying that they have sold South Africans to foreigners. 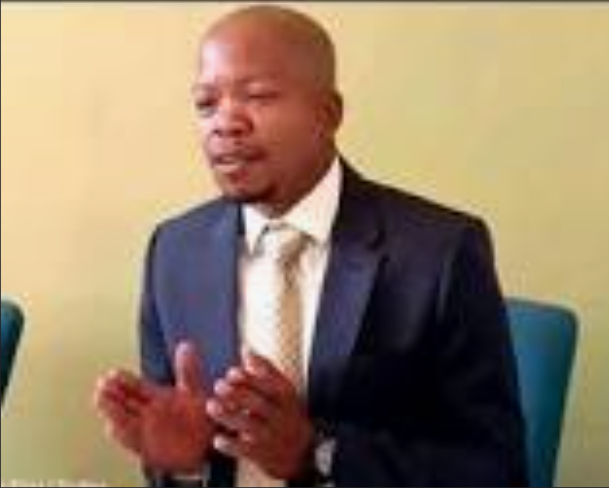 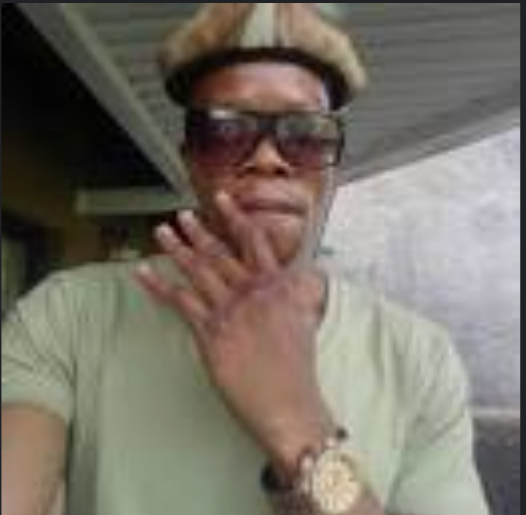 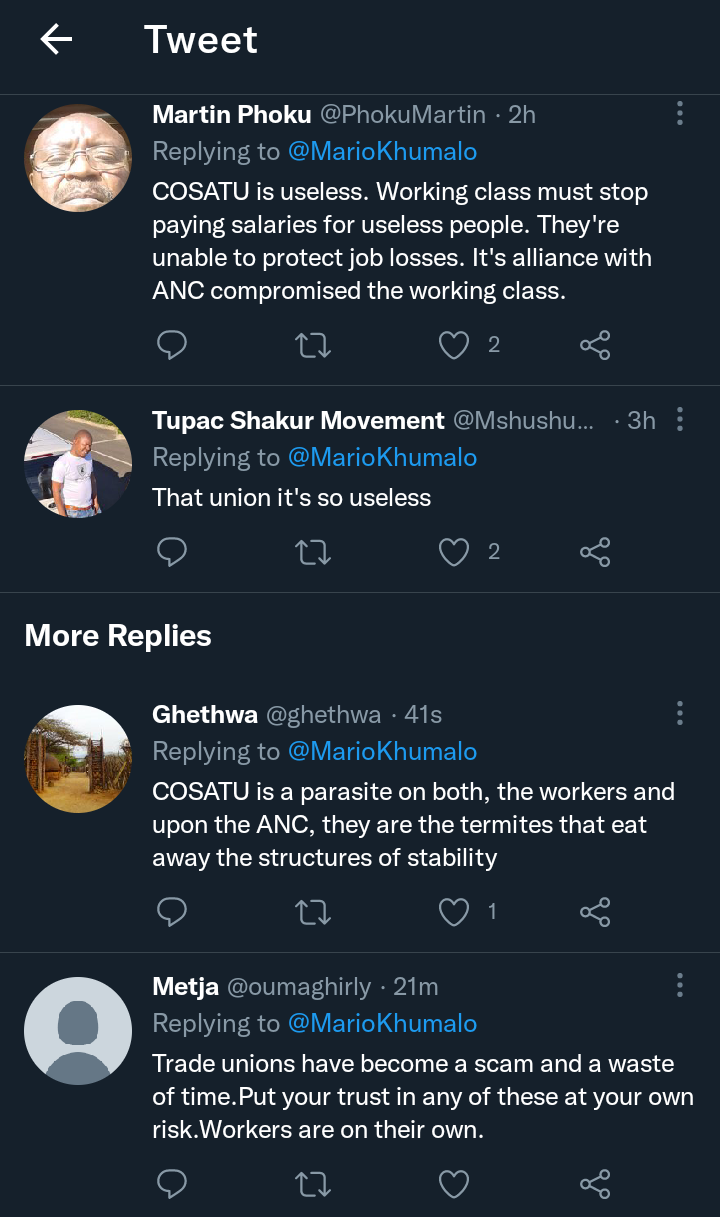 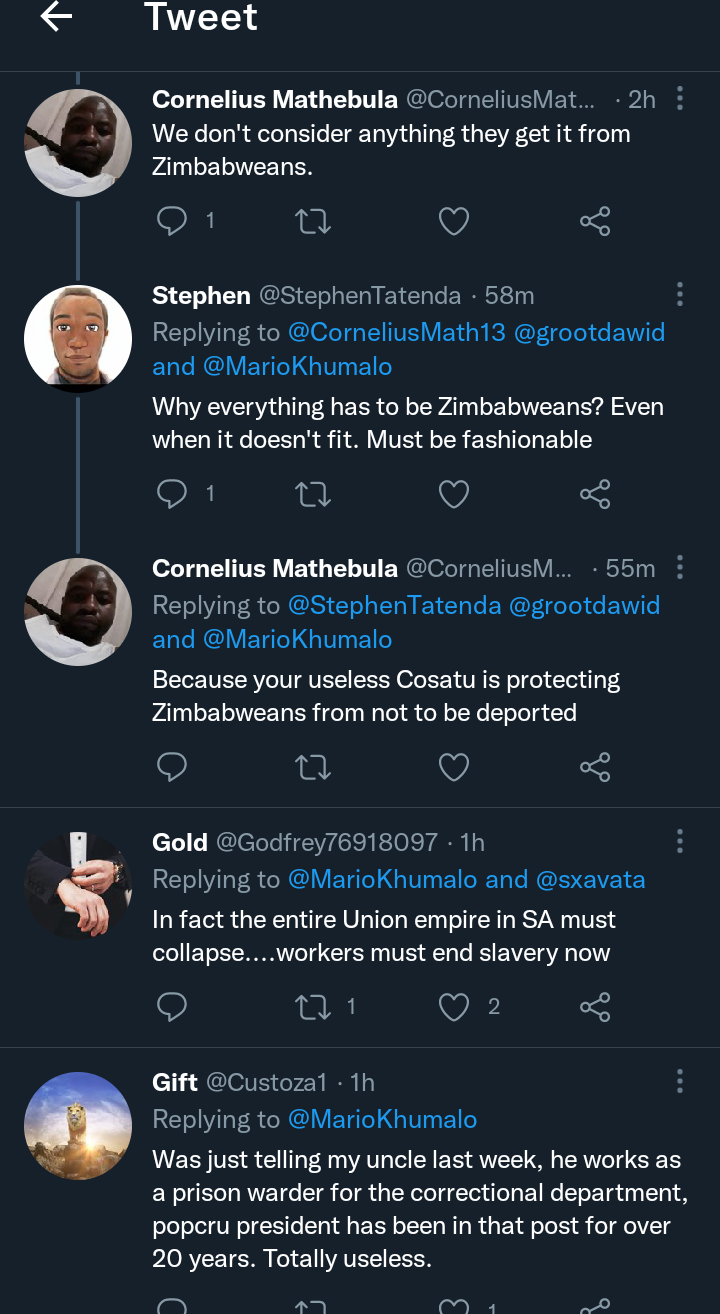 Mario Khumalo and Victoria are now calling for an end to COSATU, saying that they are interested in protecting and fighting for foreigners instead of fighting for their fellow South African citizens. They also accused the organization of working against South Africans, “because your useless COSATU is protecting Zimbabweans from not to be deported. In fact, the entire Union empire in SA must collapse….workers must end slavery now”.