We know that there are attempts to have Teffo Malesela be removed from practicing as a lawyer because of his misconduct. But according to Teffo Malesela, there is biasness towards him. 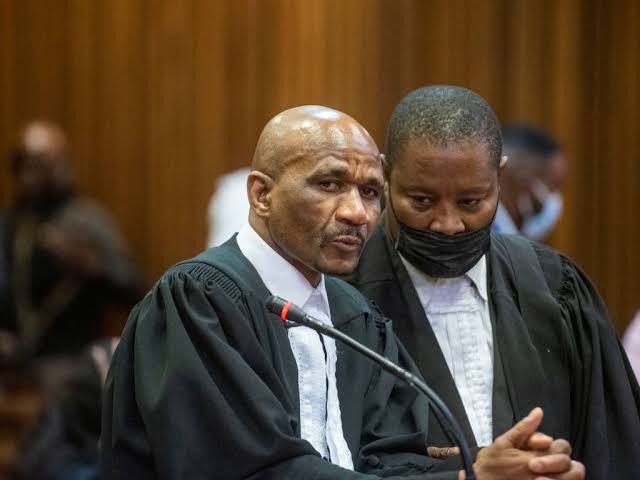 We know that many people are familiar with him because of the Senzo Meyiwa trial as he was representing Accused 1-4 who he later abandoned after he quit as their legal representative. This came as a shock for many people even when he later came back and said that he wanted to be reinstated to the case, as he has managed to solve his problem. And it was during this time that he also made a lot of claims about people trying to bewitch him in court.

But now Teffo Malesela is saying that he should not be struck from the role of advocate because all hell will break loose in the country. He says that there will be civil unrest if that is done. This was contained in Teffo's heads of argument in response to an application, which was heard earlier this month in the Gauteng High Court in Pretoria, by the Legal Practice Council (LPC) that he should be disbarred. 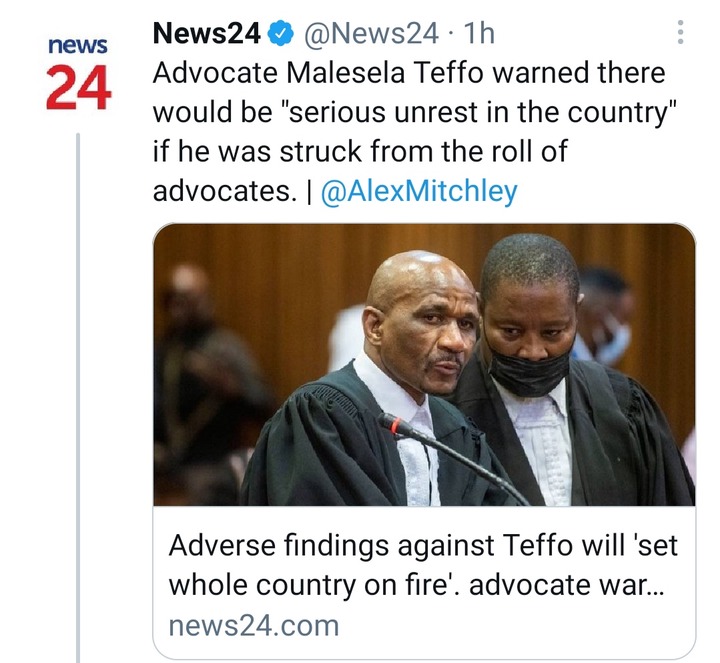 It looks like Teffo Malesela is giving himself too much credit. One can only imagine who are the people who will make the civil unrest in the country because for one, people do know him and if it was not for Senzo Meyiwa's case, he would have not been known to many. It looks like he took the fame to the head because he is even now talking about civil unrest. Even when Zuma was arrested, there was no civil unrest, and there is no way that there would be civil unrest because of him.

According to the legal practice council, Teffo has at least 22 allegations of misconduct and this includes disrespectful and contemptuous behavior in court and the misappropriation of money from clients.