Grieving Mother Who Lost A Child Is Not Happy About The Court Decision. 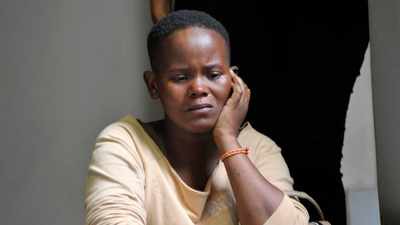 We are not satisfied with the life sentence handed down to the accused, Naledi Mlanji, the mother of the child abducted by Thembelani Mtengwane in 2019.

He did this after discovering that he was no longer the father of the child. He was abducted and found dead in a forest in Phoenix five days later.

The Durban High Court on Monday sentenced him to life in prison for murder and 10 years for kidnapping.

“It is good that the court sentenced him to life imprisonment. But I, Thembelani, see him as deserving of death and nothing more. If you were to die I would be satisfied because you would have felt the pain my Sibongakonke suffered, '' Naledi said with tears in her eyes.

Judge Thuthu Mlaba AJ described Mtengwane as a vicious criminal who did not care about other people's right to life.

He said the court sentenced him to life in prison for being so cruel that he denied the innocent child the right to life.

"Furthermore you killed a child who was not dangerous to you and who had no power to defend himself," he said.

The judge said it would be a mistake and a mistake to continue keeping a man of similar brutality in the community.

He said it was the court's responsibility to convey a clear message to other yet-arrested criminals.

Thembelani Mtengwane has been sentenced to life in prison for killing a child, Sibongakonke in 2019. Photos: THEO JEPHTA / African News Agency (Ana) went on to describe Mtengwane as a man who did not care about other people's feelings.

It said Mtengwane had exposed his dangerous side when he denied the child's mother in court that he did not know her.

“The court sat down and considered your case and decided to sentence you to life in a second murder case. In the first case he will be sentenced to 10 years in prison, '' the judge said.

After the names of Mtengwane's mother, Mrs Mtengwane was seen running towards the door and her whereabouts were unknown. At the time, Mtengwane appeared to have no problem with the sentence and was not intimidated.

The State Prosecutor, Advocate Andre Mairing, before the sentencing, asked the court not to make a mistake and simply sentence Mtengwane.

The Prosecutor complained that people should not be in a community where they have no conscience and do not show remorse for their mistakes. He said Mtengwane's case was very serious and he should not escape.

The child's father, Mxolisi Nodangala, said this was the sentence he had been expecting. “It doesn't scare me that you have a drug addict. After all, you have committed a very serious crime. I am still traumatized, '' he said.

Mtengwane's lawyer, Attorney Hintsa Dalinkosi, filed the charges in an attempt to persuade the court to beat him with a small stick, saying it was the first time the suspect had been found guilty.