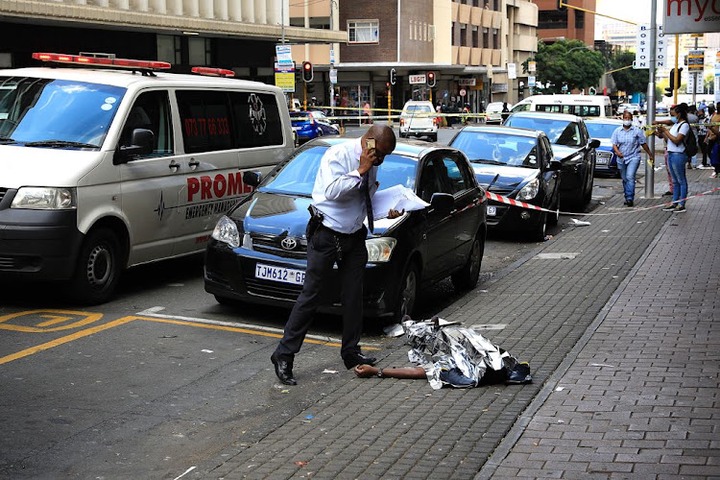 On the day he was reportedly shot dead by police officers, Mthokozisi Ntumba went to see a doctor in Braamfontein, Johannesburg, for treatment for stomach pain. Ntumba, 35, died in March 2021 on the eve of student protests in Braamfontein. He was shot soon after leaving the doctor's office. The father of four worked at Tshwane's Department of Human Settlements, where he was in charge of roughly 20 projects in the city.

Tshepisho Kekana, Cidraas Motseothata, Madimetja Legodi, and Victor Mohammed are on trial for his murder in the Johannesburg High Court. They are also charged with three counts of attempted murder for allegedly shooting students outside the Johannesburg Institute of Engineering and Technology. On the day of the occurrence, Dr Tebogo Sedibe, who works at a health care facility, checked Ntumba. "I began working at 9 a.m. Mthokozisi and I met at 10 a.m. We heard a pretty loud boom as I was attending to the following patient. 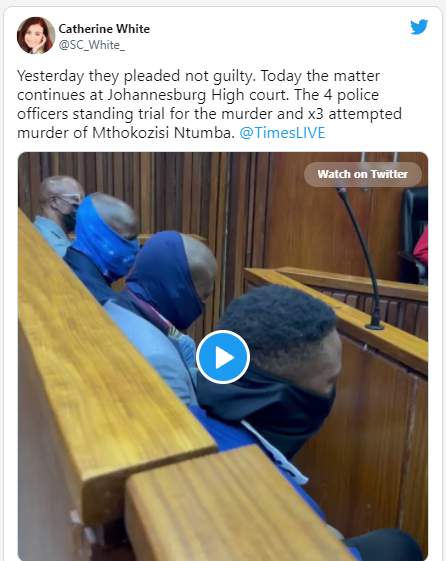 It sounded like a rifle was being fired." He stated that Ntumba was one of his patients and that he had previously visited him. He had complained about a tummy discomfort that day. "I gave him medicine and scheduled him for a few days off." Sedibe stated that he believed the loud noises were gunshots. "I requested the patient to excuse myself because I needed to see what was going on." When I arrived to my receptionist's office, she informed me that the dead was laying outside."

"As soon as you get to a scenario like that, you have to examine to see if the setting is safe." I walked to his right side and the first thing I observed was that he was gasping [for air], which indicates that his respiratory, cardiovascular, and circulatory systems were not functioning properly. "I saw blood on his clothes. I took off his shirt and patted him on the shoulder to check if he was responding." Ntumba remained silent.

"I moved to the jugular region to check for a pulse and found none." Because there was no pulse, you must begin cardiopulmonary resuscitation [CPR]." He stated that when there is no pulse, the heart has ceased pumping, which was Ntumba's situation. He said when he examined Ntumba during their consultation earlier that morning there were no injuries on his body.

"Since Bushiri left SA, demons are having a party, nobody gives them sleepless nights anymore