By Erapoetblog (self media writer) | 7 days ago

According to the foremost news platform, SowetanLive, the lawyers of those who were allegedly accused of looting the defunct financial institution stated that they are not yet ready for the case. In order words, they are preparing for the case, but they have not concluded, and cannot appear in court for now. SowetanLive stated, “The trial of 14 people accused of the looting of VBS Mutual Bank has hit a snag after lawyers for the defence say they are not ready for trial”. Recall that many societal people and highly placed individuals were fingered in the looting that led to ultimate closure of the financial institution. The mutual bank was looted into bankruptcy and many pensioners lost their lives savings in the looting of the defunct financial institution. 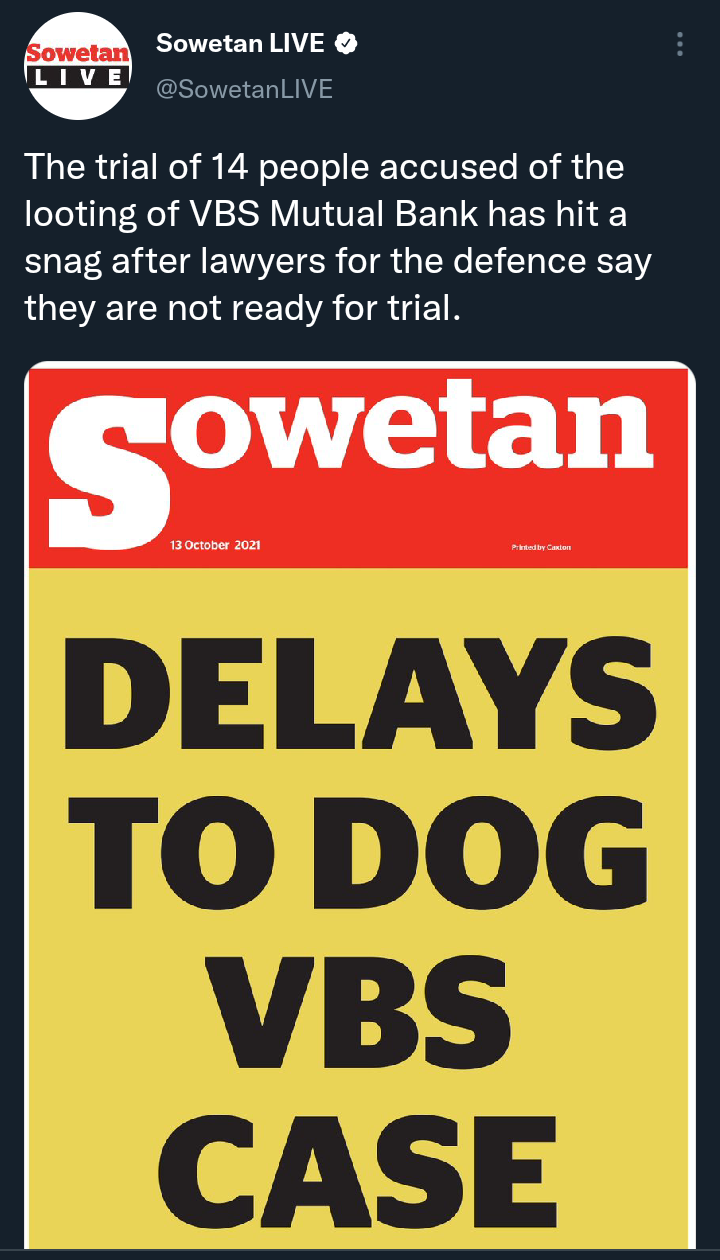 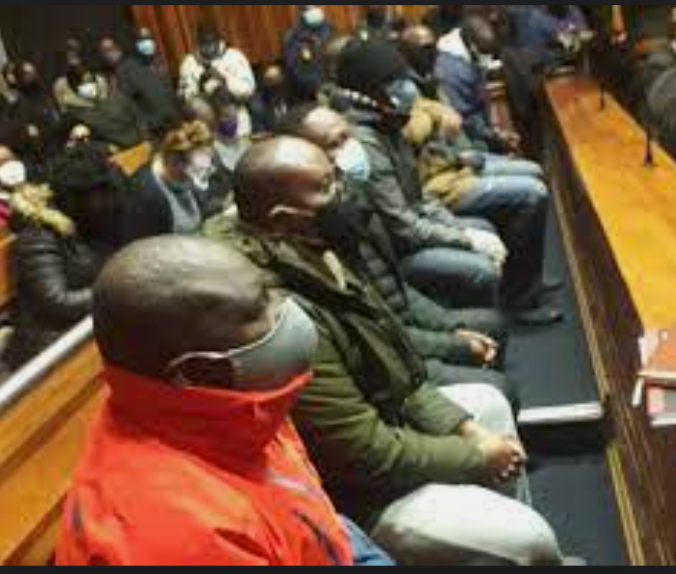 Several people have been complaining about the slow pace at which the case is being handled, declaring that the old pensioners who lost all their savings in the mutual bank deserve justice. They lamented that the case may be swept under the carpet now that it is lingering on and on. Nevertheless, the lawyers of the accused have stated categorically, without mincing words, that they are not ready. Reacting to the news today, a South African social media user said people want to know the 14 people who were accused. He said, “Who are these 14 accused people? Will they ever be ready? Culture of sliding out of crime, by never being ready. Shame on the system. Where are the EFF leaders?”. There are beliefs that the Economic Freedom Fighters political party got shares from the VBS Loots through Brian Shivambu, sibling of the Economic Freedom Fighters political party’s vice president, Floyd Shivambu. But this is not yet supported by any evidence and the EFF leadership have always stated to the hearing of everybody who cares to listen that the EFF has nothing to do with VBS looting neither did they partake in it. Some Daily Maverick Journalist have been publishing series of articles regarding the looting of the defunct financial institution. They even released a chart on how the money was channelled from the bank to Floyd Shivambu's account, through his brother Brian Shivambu. The EFF leadership again debunked the publication, saying that Daily Maverick is nothing but a racist newspaper. Despite all these, the EFF did not drag the Daily Maverick to court over the publication, leading people to suspect that it may actually be true.