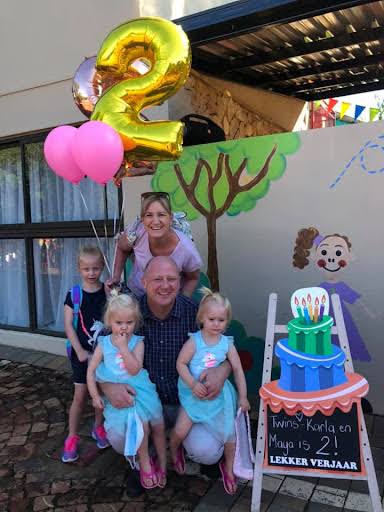 South African doctor, Lauren Dickason who murdered her three daughters, six year old Liane and two year old twins Maya and Karla, intends to plead not guilty to the crime. This is according to reports in the New Zealand media.

The forty year old South African mother murdered her children soon after emigrating to New Zealand this year. The dead bodies of the three little girls were discovered by their father. They were strangled with cable ties and their mother, Lauren Dickason was arrested and charged with murder. She was the only suspect at the time and there was no other persons of interest in the case.

It was reported that Lauren stopped taking her chronic medication for depression shortly before the move from South Africa to New Zealand. She made this decision as emigration rules in New Zealand is very strict and she did not want to have any issues with the process.

After being arrested, Lauren made an appearance in court where the judge ordered her to be placed in a pyschiatric facility for a mental evaluation. She was not present during the second court hearing where a trial date was set. The defence and prosecution are in the process of arranging independent pyschiatric reports and it has been reported that Lauren plans to plead not guilty to the murders.

Opinion: How Chelsea Could Lineup With Out Their Key Players To Win Manchester United

Gomora's Zodwa left everyone in stitches on social media because of this. Check out

Swallows Versus Chiefs: How Things Have Changed