Cape Town – Justice Minister Ronald Lamola has affirmed that the removal of self-broadcasted prophet Shepherd Bushiri is still underway with judgment on a portion of the parts of the case anticipated in a court in Malawi. 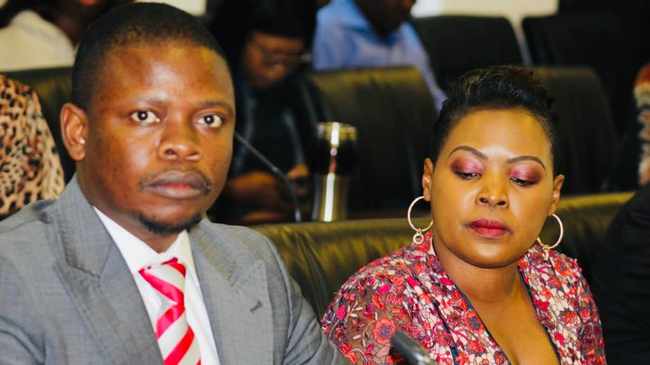 In any case, the removal interaction has been held up in court where Bushiri is contradicting it.

Lamola said when they set up cycles to bring Bushiri back they observed all parts of the law.

Bushiri got away with his significant other Mary late in 2020, and at the time they were being investigated for extortion and tax evasion adding up to a great many rand.

Since his departure Bushiri has been battling South African specialists needing to take him back to confront preliminary.

Yet, Lamola, who was answering to a composed inquiry in Parliament from IFP MP Liezl van der Merwe, said they were currently anticipating judgment on the issue of whether witnesses ought to be permitted to head out from South Africa to give proof in Malawi.

"During November 2020, a solicitation was gotten from the National Director of Public Prosecutions (NDPP) for the removal of Shepherd Huxley Bushiri and Mary Bushiri from the Republic of Malawi to the Republic of South Africa to stand preliminary on different charges. The solicitation was consequently conveyed at the workplace of the Attorney-General in Malawi on December 5, 2020. The removal hearing continued in the Lilongwe justice's court in Malawi.

"On April 19, 2021, the lawyers following up for the benefit of the Bushiris contended in court that South Africa couldn't depend on the SADC Protocol on Extradition as the Protocol has not been tamed as per area 211 of the Republic of Malawi's Constitution. The court decided that despite the fact that the Protocol had not yet been tamed, that Malawi's Extradition Act plainly shows in the First Schedule to that Act that South Africa is an assigned country for motivations behind the removal, and accordingly decided for the indictment. The matter was then deferred to Friday, June 4, 2021, for the removal hearing to begin.

"During the procedures, the guard contended that the observers who might affirm against the Bushiris in South Africa should make a trip to Malawi to give proof during the removal procedures.

"The officer's court decided for the protection that the observers should head out to Malawi. The DPP in Malawi instructed the office that they are with respect to the view that the justice's court misled itself as respects what adds up to a primer request, and that Section 9 of the Extradition Act of Malawi never imagined actual presence of observers in court during a removal hearing.

"The workplace of the DPP in Malawi documented a survey application to audit and save the judge court's decision. The survey application was heard on July 21, 2021, and judgment is normal soon," said Lamola.SA still wants Bushiri back to face law (iol.co.za)