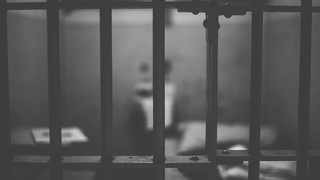 Durban: The 12 transporters who were captured and charged for closing off pieces of the N3 on Friday will stay in a correctional facility.

Natasha Kara, the representative for the National Prosecuting Authority, affirmed that the charged showed up in the Ladysmith Magistrate's Court on Monday.

Kara said they are accused of contradiction of the Road Traffic Act, specifically halting on an interstate without legitimate reason.

"The matter was remanded to December 13 for a bail application."

Terrorizing and monetary harm, a portion of the charges 12 transporters will look for impeding the N3 roadway

"They then, at that point, landed from their vehicles, making traffic grind to a halt all day long.

"The suspects had taken the keys of a portion of the trucks, delivering them unflinching for a significant stretch of time."

Naicker said different particular units from all through the area were prepared and furthermore helped with getting the trucks moved out of the street, which permitted traffic to start streaming.

"Twelve transporters whose vehicles were impeding the progression of traffic and who challenged directions by police authorities to eliminate their trucks were thusly captured by investigators from the Provincial Investigative Unit."