Mom guns for teacher accused of slapping pupil, prepares for another court challenge

By Exquisite_News (self media writer) | 21 days ago 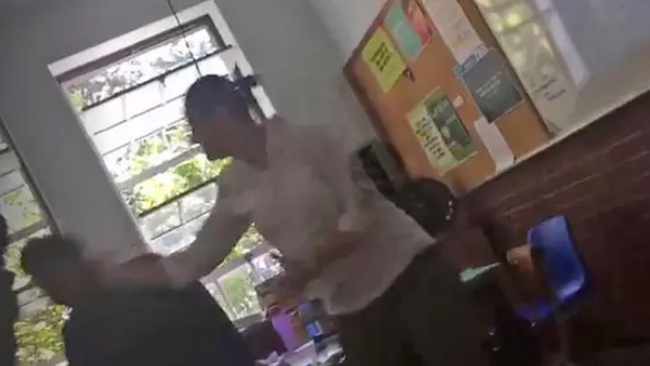 A R150 000 case in harms was held up in the Equality Court against Clarissa Venter following the 2019 occurrence, where a video showed the instructor slapping the understudy and the student pushing a work area at the educator.

Venter had removed the understudy's telephone which brought about the contention.

The attack charges against the instructor were removed around the same time of the occurrence and the harms guarantee was removed in 2020, yet Legal Aid SA expressed they would restore the matter.

Cape Town Head of the Legal Aid SA, advocate Elroy Machelm, said they actually hold the command to seek after the case.

"We are at a moderately progressed phase of our arrangements we actually plan to move toward the Western Cape High Court, via the Equality Court. We will adhere to our directions and continue with this application chasing after equity and the expected plan of action to the advantage of our customer."

Anyway Venter's legal counselor William Booth said when the matter was put down for hearing the mother of the previous understudy pulled out the case and the Equality Court didn't have purview to hear it.

"The mother gave no excuse for her activity and at present there is no body of evidence against Venter. She has not been presented with anything and it should likewise be featured the case steered clear of prejudice. I will be restricting the situation in the event that they approach the court. Legitimate Aid SA depends on citizen cash and they will squander it as the case has no premise. They pulled out a case in court and presently need to go to another court," said Booth.

In the mean time, ANC schooling representative Khalid Sayed noticed that the educator was fined R20 000 and given a last composed admonition and obligatory conduct directing meetings following a disciplinary hearing.

"The educator isn't the person in question, the instructor is the culprit of an attack on an understudy, under the consideration of the school, the head and WCED. "

Instruction MEC Schafer said: "The WCED doesn't have the lawful right or ability to establish disciplinary charges against somebody it doesn't utilize. The school's SGB, then again, which is the business, did for sure make a disciplinary move against the instructor. The other matter alluded to has not been finished at this point."