By Tshinakaho.M (self media writer) | 3 months ago

As he arrives at Bloemfontein High Court in the Free State province, Ace Magashule, the Secretary-General of South Africa's ruling African National Congress, looks on.

On Tuesday, the pre-trial hearing for suspended African National Congress Secretary-General Ace Magashule and his co-accused will resume at the High Court in Bloemfontein 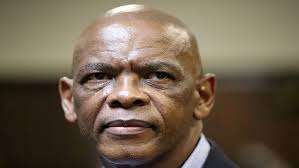 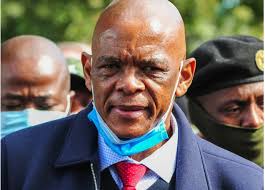 They've been charged with over 70 counts of fraud, corruption, and money laundering. The allegations stem from the alleged irregular granting of an asbestos roof eradication contract in 2014.

More than 70 counts of fraud, corruption, theft, and money laundering have been filed against them.

"As the prosecution, we are ready for the pre-trial meeting to begin," says Mthunzi Mhaga of the National Prosecuting Authority. However, there was an unresolved issue involving the legal representation of one of the defendants. We're hopeful that the case will be settled by Tuesday so that the court can set a trial date."

Thousands of Magashule supporters gathered outside the CBD at his last appearance in the Bloemfontein Magistrate's Court in August, demanding that law enforcement officers not prosecute him.

The Interim Provincial Committee (IPC) of the African National Congress (ANC) in the Free State has said that party members may only attend the court hearing in their personal capacity.