Ethopian Protesters March On To UK And US Embassies In Country's Capital, Addis Ababa

The criticism of western countries' alleged complicity in Ethiopia's civil conflict reached new heights on Thursday, when thousands of protestors marched on the American and British embassies in Addis Ababa. 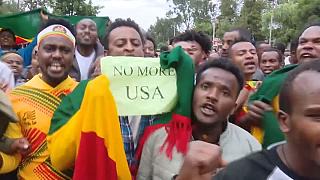 The demonstrations came a day after the Ethiopian government announced that Prime Minister Abiy Ahmed would travel to the front lines of the war against Tigrayan fighters.

The Tigray soldiers, who had long dominated the national government prior to Abiy's election, appear to be gaining momentum in a war that has claimed tens of thousands of lives in the last year. 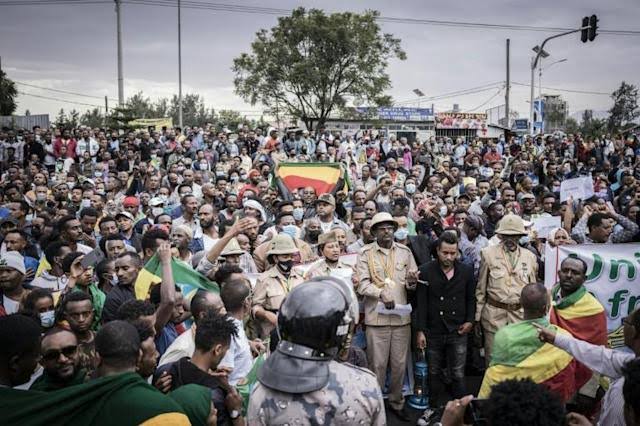 They have reached Addis Ababa's capital in recent weeks in an attempt to bolster their negotiation position or just force the prime minister to resign.

Abiy earlier stated that martyrdom may be required and asked Ethiopians to join him.

Ethiopians and observers alike are concerned about what might happen to the frequently volatile Horn of Africa as a whole if the ancient nation were to disintegrate.

Countries such as the United States, France, Germany, and Turkey have advised their citizens to evacuate immediately.