Mrs Dawson married the late Francis Dawson in the traditional manner. The spouses lived in Kaemebre, a Kasoa neighborhood in the Central area. 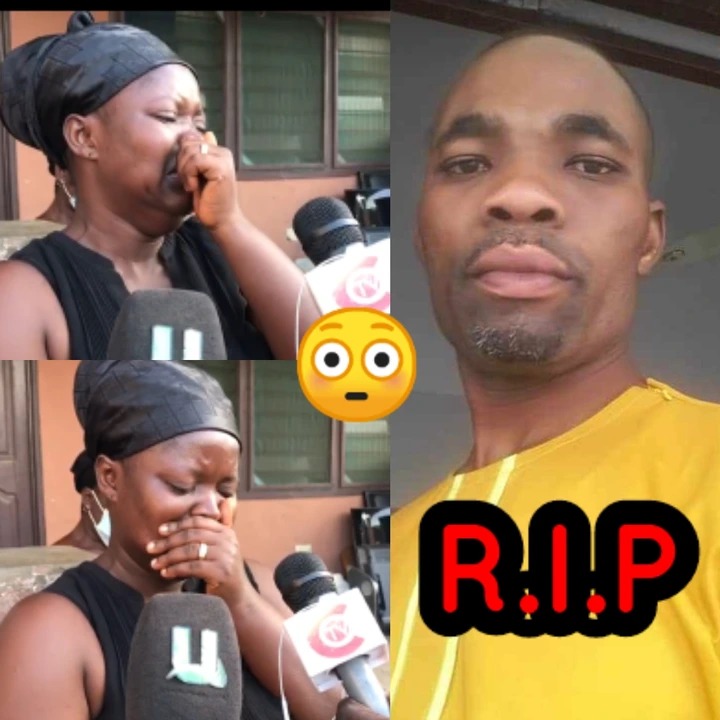 Mrs Dawson believes it is time to tell the world about the terrifying events that led up to her husband, Mr Francis Dawson's, death. The widow also pleaded with the Inspector General of Police, George Akufo Dampare, to intervene promptly and find justice for her late husband.

The widow explained to United Television and Capital TV journalists that she was sleeping with her husband when some young men wearing CPA uniforms bumped into them and woke them up at daybreak.

"They asked to take my husband to a nearby police station for questioning. I pushed on knowing the precise police station and the nature of his offense, but they dismissed me "Mrs Dawson narrated through tears.

"They kept beating him as they carried him away right in front of me," Mrs Dawson claimed.

"Attempts to locate my husband in the morning were unsuccessful because none of the police stations had him in custody. Later, we learned that a young guy had been slain and burned in the vicinity of Nyanyano, another Kasoa suburb." Mrs Dawson continued, her eyes welling up with tears.

"We rushed there to see my husband, whom I saw alive at daylight, murdered and burned beyond recognition." She burst into unrestrained sobs.

"Are you past recognition? How did you know it was your husband, then?" Mrs Dawson was questioned by the media.

"I recognized him by a part of his clothing that wasn't burned. That's exactly what he was wearing. Oh my God, they assassinated my spouse "She cried some more.

Mr Francis Dawson worked as a television and other electronics repairer in Kasoa before his death. He was 35 years old.

"IGP Dampare, please help us obtain justice," she begged as she sobbed in front of the cameras.

President Ramaphosa can do this for us as a leading nation