By PROTONAS (self media writer) | 8 days ago 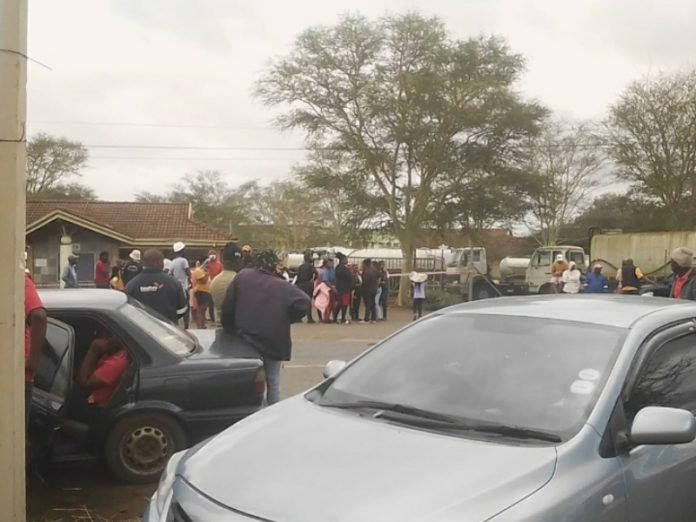 The embattled communities around the uMkhanyakude District Municipality are in the midst of yet another crisis as their municipal services have been put on hold.

For the past two weeks, workers have downed tools in an attempt to force the KwaZulu-Natal Cooperative Governance and Traditional Affairs MEC, Sipho Hlomuka, to fire administrator Bamba Ndwandwe.

Ndwandwe has been accused of failing to make sure that the workers’ monthly salaries are paid on time.

The strike has left thousands of community members without anyone to provide them with basic services.

Water services have been disrupted because the water tank trucks were no longer distributing water to communities. Some of the trucks were even used to barricade the entrance to the municipality.

On Monday, Hlomuka and his delegation had to be assisted by the police to gain entry to the municipality after workers blockaded the main gate with water tanks.

Mthembeni Mdletshe, a resident in Mtubatuba, told Scrolla.Africa that the situation at the municipality was out of hand and they are unable to receive services.

“This municipality is in shambles and I really don’t think it will ever come back to its full functionality. As we speak, we are told that we might be unable to receive water due to the fact that service providers have not been paid for months now,” said Mdletshe.

The workers’ strikes in uMkhanyakude is just the most recent crisis in a municipality which has been plagued with corruption scandals and service failures.

In August, service provider Dreyer Senekal, the owner of the biggest dam in Jozini, told Scrolla.Africa that he was planning to withdraw his services because of nonpayment.

In April, the municipality faced a crisis of leadership, as ANC and IFP councillors warred with one another for the mayor’s office. As is too often the case, the community were the ones who bore the brunt of this dispute.

The following month, a sum of R135 million went missing from the municipality’s budget.

Cogta spokesperson Senzelwe Mzila told Scrolla.Africa that workers have agreed with the MEC to go back to work imminently and their concerns will be addressed shortly.

Chief Mandrax dealers taken down, here is how it all happened

About 250 000 Zimbabweans wants to get South African ID documents

4 Things You Should Always Do After Making Love