By Chifhi (self meida writer) | 1 months 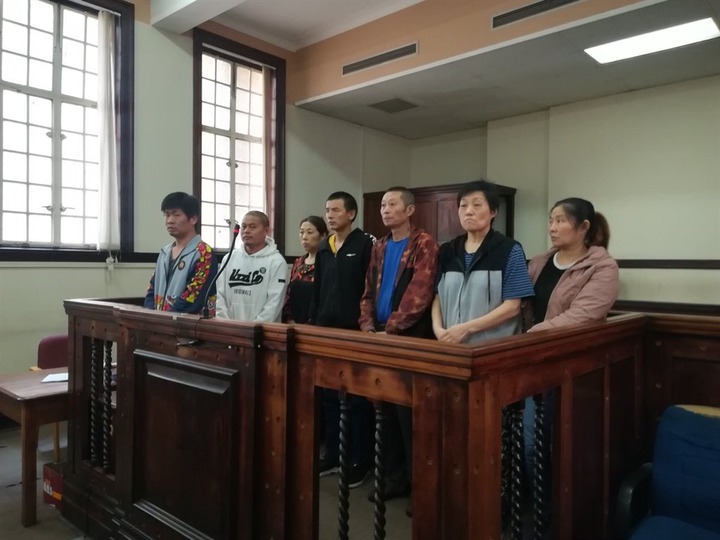 Seven Chinese citizens are being put on trial at Johannesburg's Gauteng High Court. The seven counts of trafficking in human beings, kidnapping and breaching labor laws.

The court was told by a witness of the "painful" working conditions at the Johannesburg plant. The defense told a witness who testifies that he was committing the crimes by entering South Africa without a passport against the 7 Chinese nationals accused of trafficking in humanity.

"You are an undocumented immigrant as you stand here today. Do you agree with me?"

"That is true, I don't have a passport," Ndika responded.

Ndika is currently testifying in the Gauteng High Court in Johannesburg against Kevin Tsao, Dai Junying, Chen Hui, Qin Li, Jiaqing Zhou, Ma Biao, and Zhang Zhilian. He told the court about the "painful" working conditions he and his coworkers allegedly endured at the accused's Johannesburg plant.

Human trafficking, kidnapping, and labor law violations are among the 160 charges leveled against the defendants. On April 26, they pleaded not guilty to all charges, according to News24.

He said the "transporter" assured him that crossing the border without a passport was not a problem. According to reports, the "transporter" stated that he would be the one to negotiate their entry into the country.

I was not afraid when I arrived at the border because the transporter told me that he would be the one negotiating. My only responsibility was to be transported and seated in the taxi.

"Given my situation, I've just agreed to pay the transporter."

When he first arrived in the country, he worked for the accused. He told the court on Wednesday that he was abused and called a "mother f——-" by some of the defendants, which he described as "painful."

He said, "Life was so difficult." He also told the court that he was paid R65 a day, a figure he said he couldn't alter.

"Mr Chen warned us not to go outside because there are so many police officers." We simply worked together. I was not pleased with myself. We'd have to leave the factory at some stage because there was no airtime.

"We couldn't get airtime or see our friends because we couldn't afford it." "We weren't allowed to use our phones or listen to the radio," he said.

"The care at work was excruciating," he said.

According to News24, the suspects were apprehended on November 12th, 2019 after an operation involving the Department of Employment and Labour's inspection and compliance services division in Gauteng, the police, the Department of Home Affairs, and the Hawks.

From April 2017 to April 2019, the accused reportedly trafficked illegal immigrants into South Africa and forced them to work. In the factory, ninety-one Malawians, including girls, were reportedly discovered.

The trial is still ongoing.

Content created and supplied by: Chifhi (via Opera News )

Golden Arrows On a New Coach

‘They Hired Assassins To Kill Me,’ Gigaba Makes Confession At Zondo Commission.

Fans are worried about Babes Wodumo's new born as she was allegedly drinking alcohol while pregnant.

24-Year-Old Woman Shot Dead By Her Boyfriend, Here Is What Happened