By Milicia (self media writer) | 25 days ago

Men are predominant in leadership positions. And you might ask yourself why because women are capable of carrying out leadership responsibilities. It seems as if men are trusted more than women when it comes to those positions. The sad part is that women with qualifications and experience in a particular field might not be appointed to management positions even though they are the best candidates.

Many employers will say out loud that they prefer male candidates for a specific position, and when you ask why they will say men will not bother them with family responsibility leaves. It is unfair not to be considered for a job because they think you might keep asking for day-offs.

Many women around the world are working long hours, and they are underpaid. Sadly, some employers promise to give female employees better positions only if they sleep with them. And women are sexually harassed at work.

Gender-based violence is common in our day, and women are always the victims. Women are victims of men who claim to love them, and they have to protect them. Going home after a long day should be reliving, but it is scary for some women, and they have no choice but to leave their homes. Every day women are killed by their partners.

It seems as if women are at war because where ever they are not safe. At home, they experience domestic violence. On the streets, they are an easy target for robbers, sexual predators. This world is failing women. Every day women are kidnapped and forced into prostitution. 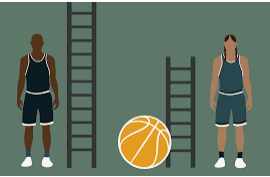 Women in rural areas face different challenges than women in cities. There are places where women do not have access to education because people think they don't need quality education. Their job is to bear children and take care of their homes. In some villages, parents believe that their daughter needs to go to school, but they are scared to send them to school because the schools are very far and the girls might be in danger on the way to school.

In some villages, young girls are forced to get married. They have to forget about education and developing themselves. They start taking care of their new family, and most of the time, they have to marry someone way older than them. Just think about the pain that these girls face, they are still young, and they have to marry someone they don't love, taken away from home to live with a man who is old enough to be their father. Technically this is kidnapping and rape. I don't understand why some parents or family members of these girls allow this.

In many areas, women do not have access to hygiene products and health facilities. Some women or girls don't have enough money to buy sanitary products, and while menstruating during school days, girls will miss school because they don't have hygiene products. Reports show that many women die while giving birth because they did not get the medical help they needed. Numbers show that many women have HIV and AIDS or STIs compared to men.

Many women don't get the support they need from their families. Some stay-at-home moms might not be treated right by their husbands for taking care of the kids and household duties. Many women are working and raising a family. They have a hard time balancing their work responsibilities and family responsibilities. And one of the reasons is because they don't get the support their need. Imagine a household where both husband and wife are working, and when they come back from work, the wife will be busy with house chores, and the husband never bothers to help. And that left many women overwhelmed and stressed.

This type of anxiety doesn't affect only grown women but young girls too. In some societies, men don't bother to do home chores. And this leads to many moms assigning home chores to their daughters when they are at work. Home chores are for every member of the family.

A husband cheated on his wife and left her with their two daughters. He did that because his wife couldn't bear him a son. According to biology, it is not a woman's egg that determines the gender of the fetus. It is not upon anyone but God to decide the gender of the child. Yet, many women are under so much pressure if they can't bear a son. It doesn't matter if I have a son or a daughter, either of them is a blessing that has to be valued, loved. This kind of thinking shows people's perspective about women, and thinking about extending your last name instead of thinking about caring for your family does not make sense at all.

People who look down on women and say disrespectful words to women need to change their thinking. Women are humans with so many capabilities and ideas. Some women do not believe in themselves because of how they grew up. They have never seen any woman achieve what they want to achieve. They end up doubting themselves and giving up. Let us be the nation that encourages those who were discouraged and disadvantaged.

Content created and supplied by: Milicia (via Opera News )