Vusumuzi Matsebula, the Chief Executive Officer(CEO) of the Ezulwini Manicipality has issued a certificate approving the pro-democracy protest march to the Embassy of the United States of America(USA).

This comes after the Political Parties Assembly(PPA) in collaboration with pro-democracy Members of Parliament(MPs) represented by Siphofaneni MP Mduduzi 'Magawugawu’ Simelane announced that the march will now be held on Friday 01 October 2021. 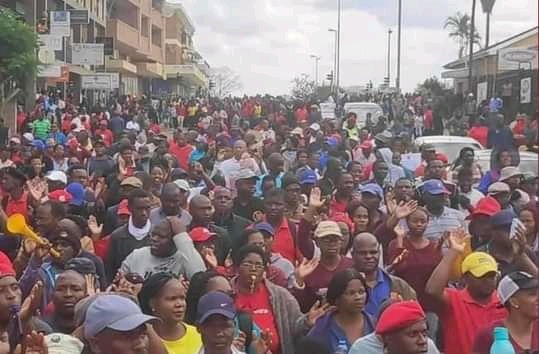 The delivery of the petition to the US seeks to request its intervention in forcing King Mswati who allegedly killed dozens of protesting civilians to allow democratic reforms.

Eswatini is not democratic, the country is ruled by Mswati as an absolute monarchy with Executive, Judicial and Legislative powers, political parties are banned from participating in elections. The King appoints the Prime Minister, Ministers, Judges, a majority of Senators and all members of the various Governing Councils.

“This certificate is issued in respect of a gathering to be held by the Institute for Democracy and Leadership(For and on behalf of the Multi-Stakeholders Forum) and the Political Party Assemble”,read the certificate in part.

Efforts to reach the Ezulwini CEO for further comments proved unsuccessful at the time of compiling this report.

Reached for comments, Mlungisi Makhanya, the President of the People’s United Democratic Movement(PUDEMO) urged Swazis to participate in their numbers in the march to deliver a petition to the US Embassy.

“Now that the march has been approved, we are urging our people to come in their numbers to demonstrate that they are serious about their freedom”, he said.

Eswatini is facing growing calls for democratic reforms, even children are protesting in various schools demanding freedom and an end to King Mswati’s dictatorship.

Opinion: 6 Things you should never do when praying in the midnight

These 7 Things Make God So Angry, Stay Away From Them As A Christian Or Muslim

7 things men wish women would do in relationships.

OPINION| Why is our government so desperate to vaccinate us ?

What guys are looking for in relationships.