Zwelakhe Has Released An Official Statement To The Public 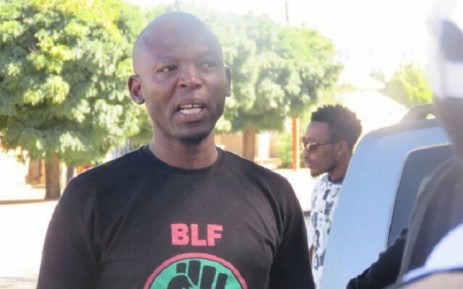 JOHANNESBURG - Black First Land First (BLF's) Zwelakhe Dubasi is battling a bid to have him imprisoned for disdain of court.

In March, Dubasi, who is BLF's secretary, along with the association's public representative Lindsay Maasdorp, were viewed as at legitimate fault for disdain discourse over their online entertainment remarks following the Hoërskool Driehoek misfortune.

This is on the rear of a case brought by profession association Solidarity.

The court requested them to freely apologize and to fork out R50,000 in harms to every one of the families who had lost a youngster and it allowed them 30 days to do as such.

However, right around two months on, they obviously still haven't done by the same token. On Tuesday, an application to censure them preceded the Equality Court, sitting in Johannesburg.

The case came as an unopposed matter, with no authority contradicting papers having been documented.

Nonetheless, during procedures Dubasi's legitimate delegate showed that a noting affirmation had now been documented and that on his client's form, he had for sure released a conciliatory sentiment, the main piece of the request he had not yet followed was the installment of the harms.

In expounding on this, he said his client was jobless and living with his mom.

Content created and supplied by: 24Newzz (via Opera News )