By HottestNews (self media writer) | 15 days ago

After weeks of testimony in the high-profile trial of alleged killer officer Nomia Rosemary Ndlovu, the 46-year-old said she was tired of defending herself against the charges she faces — and that the court could do anything it pleased. 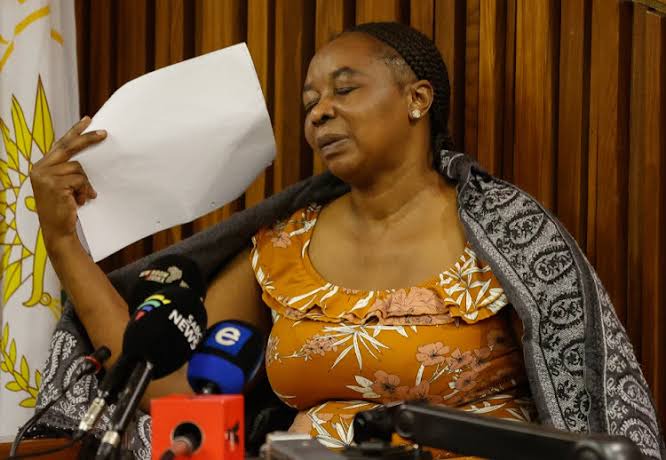 When state prosecutor Riana Williams told Ndlovu she was behind the murder of her lover, Maurice Mabasa, she answered, "The court can say anything it wants, but I know nothing."

"The last time I saw Maurice was when he departed for work on October 13th, 2015." When Constable Mugwari [a police officer] called to inquire where I was, I replied, "I am on my way to Olifantsfontein police station." That's when I learned that Maurice was no longer alive. 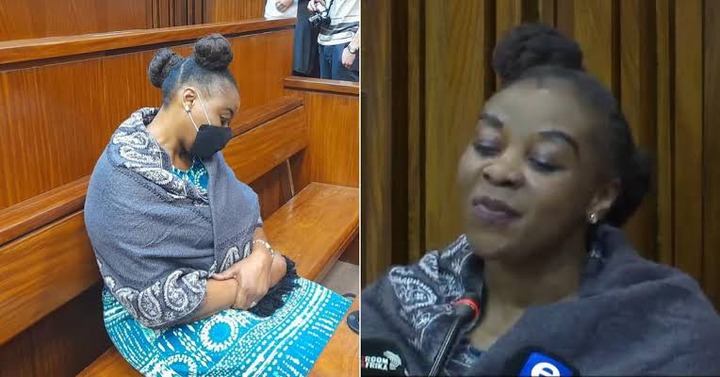 "However, if the court believes that I am the one who murdered Maurice, I am at a loss. Where is the evidence? It surprises me, but if they say so, then so be it, "she replied, signaling the end of a national scandal.

Mabasa, who had been her partner for several years, had been stabbed about 80 times when he was discovered. His body was discovered outside the property where the couple lived in Olifantsfontein, near Clayville.

Mabasa is one of six people accused of being slain by Ndlovu, who is also accused of killing her sister, nieces and nephews, and cousin in order to collect insurance payouts over a six-year period. She is also accused of arranging the murders of many more relatives, with her sister Joyce and her five children being the most recent targets. 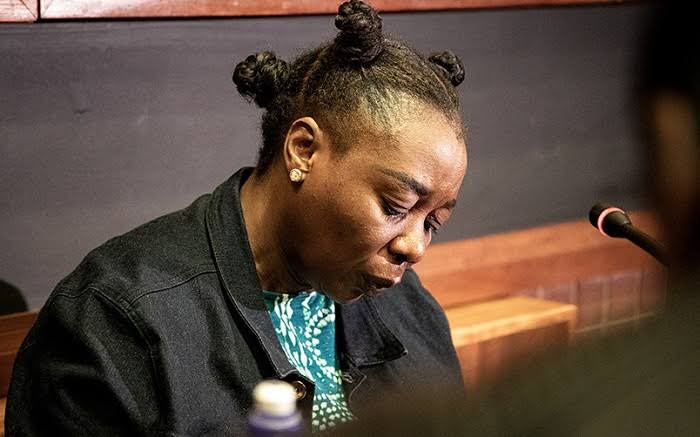 According to the prosecution, Ndlovu hired a hitman to assassinate Joyce and the five children. The hitman went to the cops, who put up a sting operation, which resulted in Ndlovu's arrest on March 7, 2018. She has been imprisoned ever then.

Recognizing Ndlovu's annoyance, judge Ramarumo Monama told her that she was still "innocent until proven guilty" for the time being, and that it was up to the state to establish beyond a reasonable doubt that she was guilty of the offenses she was charged with. Ndlovu had herself and her mother testify in her defense after roughly 50 state witnesses were called. Ndlovu told the court she had no one else to summon to testify after a grueling cross-examination.

Despite significant inconsistencies in several key aspects of her testimony, Ndlovu's lawyer closed the case, stating that he had no plans to re-examine her.

The trial has been rescheduled until October 14, when the prosecution and defense will give their closing arguments.

People noticed that she changes hairstyles every time and they can not wait to see which one she will be entering court with next.