By FeleciaLera (self media writer) | 2 months ago 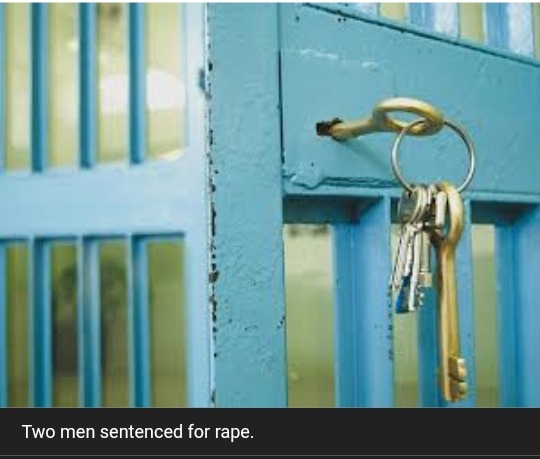 The Atteridgeville men Getwin Molot, 30, and Lebohang Makola who is 35 years of age were each charged with a life sentence for raping a 19 year old girl said to be a lesbian.

Moloto who is one of the suspects stays just a few houses away from the girl.

She was approached by Moloto, Makola and another person while she was trying to enter a gate of her home.

The victim was abducted to a shack, where she was sexually assaulted.

The National Prosecuting Authority regional spokesperson known by Lumka Mahanjana said in a statement that Moloto he repeatedly asked her why was she taking their women, while raping her.

Makola wanted the girl to be his gf as she asked her after the rape to be his girlfriend. When they were done raping her the girl asked to use the toilet outside which they didnt refuse but only allowed her to wear pants only. Thats where she managed to escape to her home which was just located few houses from the scene. And shared the matter with her mom upon her arrival.

A case of rape was reported to the police, said Mahanjana. A medical examined was performed on the victim.

An underwear of the victim was discovered in Moloto's yard. He was then linked to the assault after the victim identified him. Then later he pointed out Makola that he had done the matter with him.

Mahanjana reported that prosecutor Paulina Mochaka said in court that the sexual assault was motivated by the hate of victim's sexuality.

It was said in court by Mochaka that Moloto and the victim are neighbours. He is expected to protect her but instead he chose to assault her along with his friends. Mochaka then asked the court to charge the suspects with a life imprisonment.

The crimes motivated by the hatred of a person's sexuality will not be tolerated and there will be consequences, a warning to the community by the Diretor of Public Prosecution, advocate Sibongile Mzinyathi.

The court was thanked for ensuring that the victim was fit to face the court, Mahanjana said.