A former senior intelligence officer referred to the alleged illegal behavior of Arthur Fraser as "PURE CRIME," and the South African news agency News24 reported on its Twitter account (@News24) that the former officer made this statement. 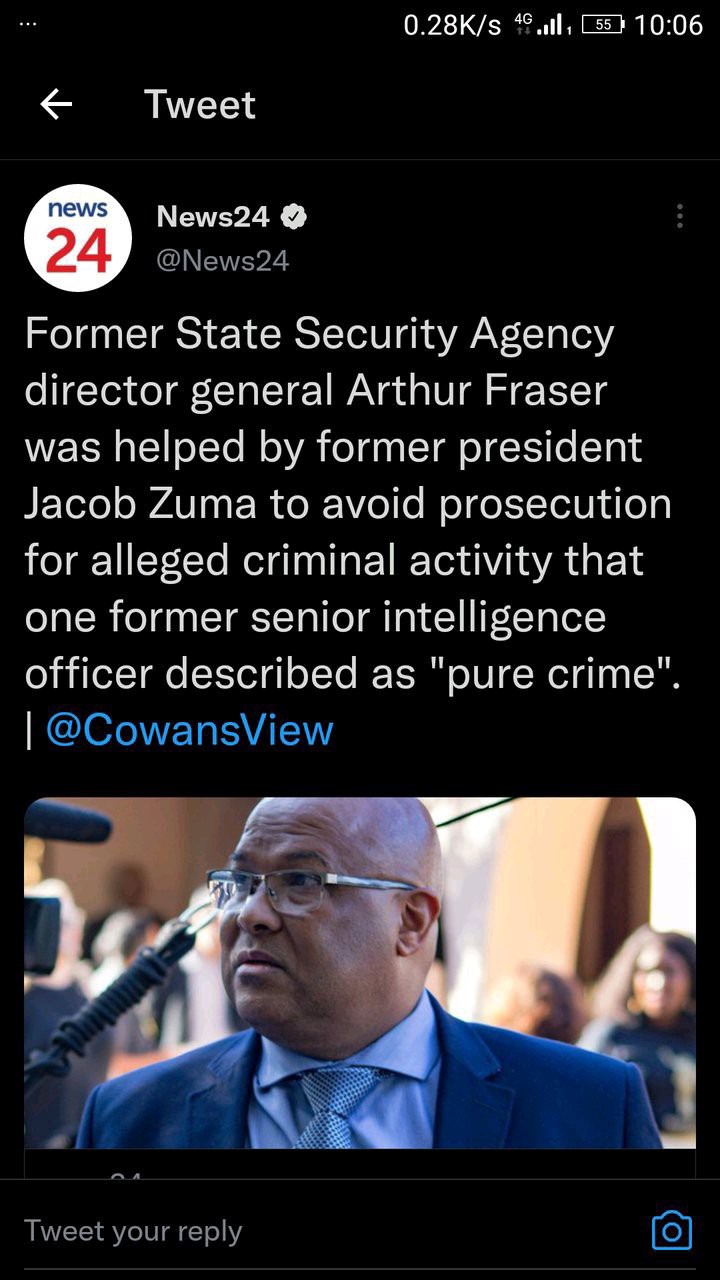 Tweets published by @News24; follow the link for the full article.

The investigation that News24 conducted was conducted with the intention of uncovering the truth. Jacob Zuma, the former president, assisted Arthur Fraser in evading prosecution so that he could drop his charges of money laundering at the Phala phala farm against Cyril Ramaphosa. Fraser's accusations were directed at Ramaphosa for his involvement in the Phala phala farm.

During the process of handing over the investigation into state capture to President Ramaphosa, Chief Justice Zondo brought these charges to the attention of the public. In the time leading up to the publication of the State Capture Report, the Zuma administration chose to disregard allegations of criminal fraud made by Arthur Fraser and the Gupta Brothers. It is probable that this will result in yet another legal action being taken against Zuma, this time by SABC, which would allege that he is to blame for the financial troubles that the public broadcaster is currently experiencing.

Despite what Chief Justice Zondo stated during the handover of the State Capture Report, the accusations that have been brought against him have not been dropped. In addition to this, it is possible that Ramaphosa may shortly withdraw the accusations made against him. Thanks.