It was important to take a stand against racism, said Nico von Wielligh, CEO of VDB Ermelo, last week after an attempt to have a leading equipment manufacturer removed from the country’s biggest agricultural expo stalled.

The agricultural products retailer has hauled leading equipment distributor Kempston Agri, based in Gqeberha, and its German supplier, Claas SA, to court after technical manager Chris Diedericks allegedly used the K-word in a presentation in December 2020.

It laid a case of crimen injuria against Diedericks with Ermelo police in December last year, and in April lodged a complaint in the Mpumalanga Equality Court against him, Vincemus Investments, which trades as Kempston Agri, and Claas SA. Vincemus is opposing the case.

During his presentation at the Ermelo dealership, Diedericks allegedly said in Afrikaans that “a k **** r who worked for his brother” had told him that it’s black people who have to drive tractors and he agreed with that. He said a tractor needed to be checked for grease and oil every morning, which is something white men wouldn’t do but black men would. He also allegedly said he “didn’t like k **** rs” but that didn’t mean he was racist as he was “merely calling a spade a spade”. 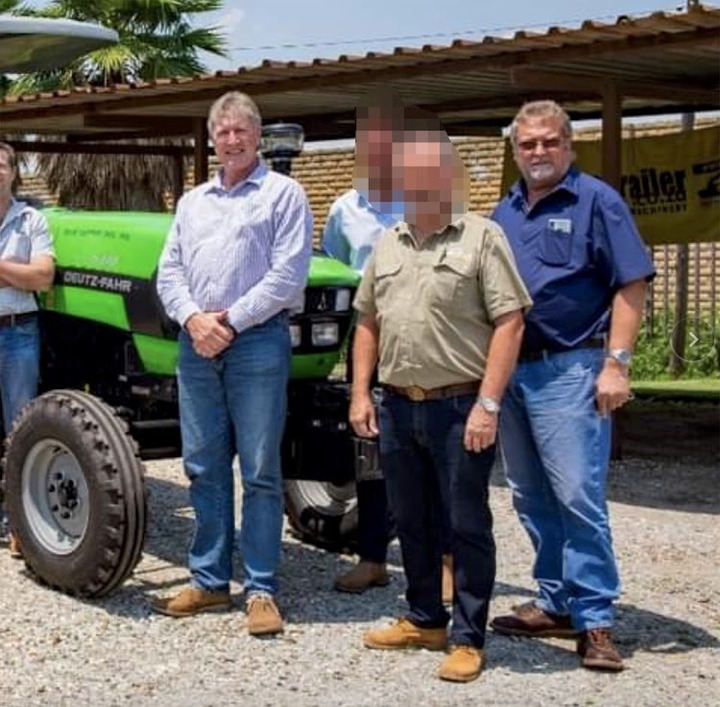 His alleged comments are contained in a recording that went viral on social media and was broadcast on the local community radio station, Radio Lekwa.

Last week, ahead of Nampo, the country’s foremost agricultural expo, VDB Ermelo asked agriculture minister Thoko Didiza and the expo organiser to have Kempston Agri removed as an exhibitor.

In the three-page letter, VDB informs Didiza and Grain SA, which organises Nampo, that Kempston Agri and Claas would “contaminate the exhibition” because they allegedly “supported and promoted racism”.

It also provided a transcript of an English translation of the conversation in which Diedericks allegedly said the K-word several times.

“Claas South Africa and Vincemus Investments, they associated themselves with the racist, unfair discrimination and hate speech remarks,” the letter states.

Von Wielligh, who reported the matter to Kempston Agri, confirmed sending the letter by e-mail to Didiza and Grain SA, petitioning them to remove the two companies from the expo held in Bothaville in the Free State.

He said Diedericks continued to work for and represent Kempston Agri and Claas as if nothing had happened, even after he had reported the incident.

Kempston Agri GM Dick David said he was not aware of the letter but said an employee who had used the K-word had been “sanctioned accordingly”. 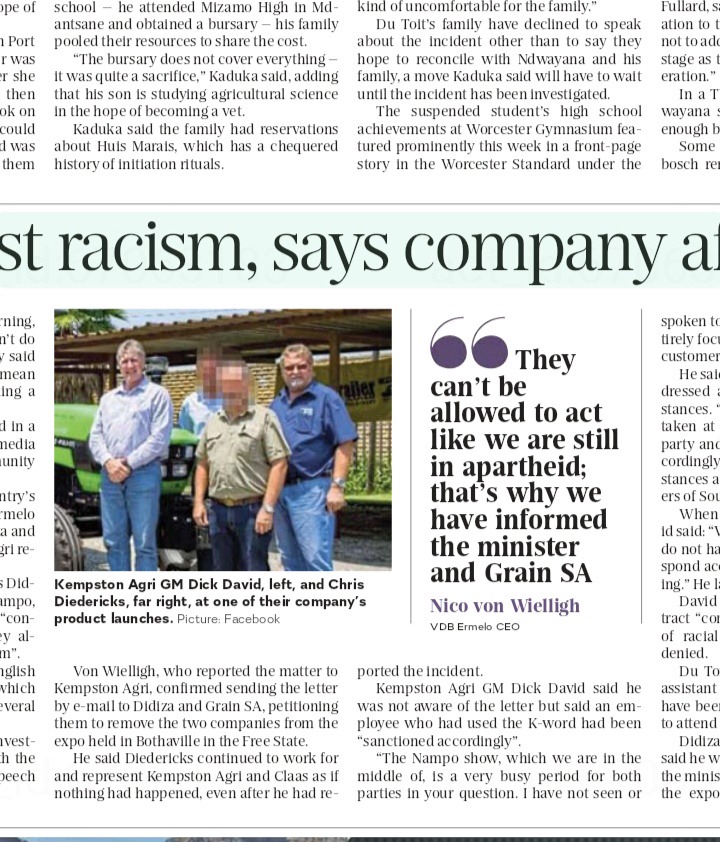 90% of SA problems maybe caused by South Africans not foreigners, read below: Opinion