Over 500 employees in fear of losing jobs

By HomeAway (self media writer) | 6 months ago

OVER 500 people employed by OK Foods in Eswatini are in fear of losing their jobs after shops under the group were torched during the protests on Monday and Tuesday.

OK Foods stores were looted and burnt by hooligans and protesters during the countrywide looting that took place on Monday night and mid-morning the following day. However, these were not the only shops targeted by the thugs, as a number of businesses, including those of Emaswati and Asian nationals were looted and burnt.

Among items that were stolen included office furniture, groceries, clothing items, cellphones, computers and a lot of other things. ATMs in Matsapha, Manzini and Mbabane were bombed, but there were no reports of money that was taken by the thugs.

OK Foods Store Manager Victor Bhembe said he was not sure about the jobs of the employees because it was going to take time for the stores to resume operations. 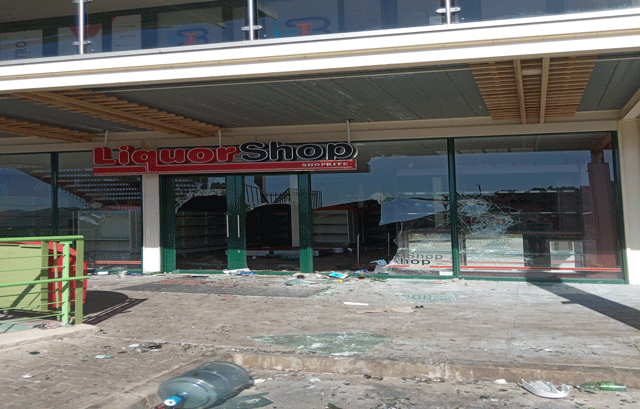 He said he was estimating a period of four to five months as the shop structures situated in Matsapha around Mathangeni, Eteni and Logoba were badly damaged and some needed to be reconstructed.

One of the employees interviewed by the newspaper said her job was on the line, and it may take some time until things returned to normal and her family will starve.

“The job was all I had, it is what brought food to my family’s table. But now that has since been taken away from me by the hooligans and protesters, who decided to destroy shops instead of marching to government with their demands,” she said.

The shop assistant added that this was not the way disputes should be settled. She said this had left her without a job, a situation far worse than the one she already had.

Amapiano have saved many. Here are 4 South African rappers who need Amapiano to save their careers.