Insurance Killer Was Chained Like An Animal In Court 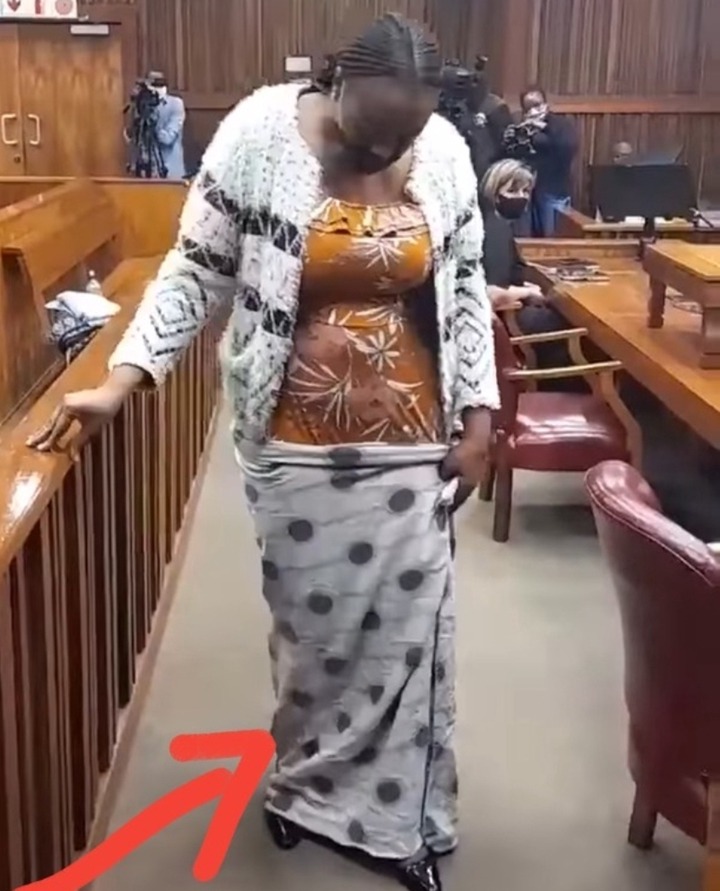 Rosemary Ndlovu entered court with her feet cuffed and a new hairstyle, this is after members of the public complained about her condition where she was escorted out of court last week where she proceeded to abuse her freedom and throw snacks at the journalists, and where she also tried to fight them.

She went on to do some gestures at the journalist and members of the public when they were asking her about her cases, of course she didn't leave the court without throwing a tantrum and being very dramatic where when she was being asked about the murder of one of her family members were she benefited huge amounts of money.

She broke down and cried, the court had no choice but to let her have some time because they felt like she was in no condition to answer the questions that they had for her. 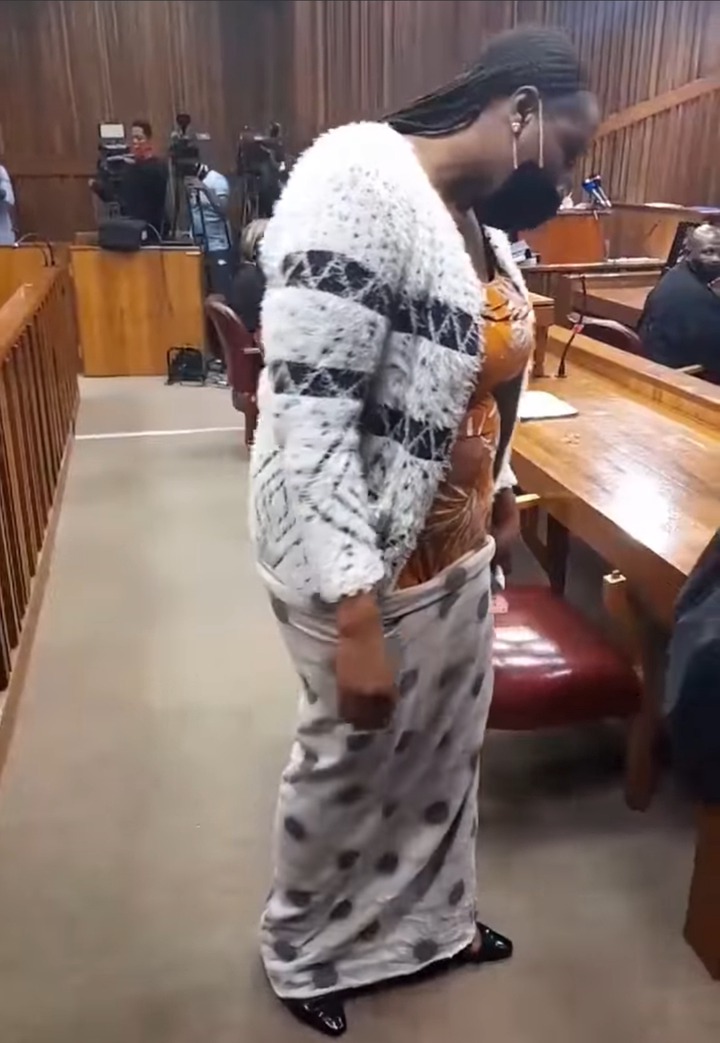 Rosemary Ndlovu is accused of using hitmen to carry out killings and is also charged with plotting to murder her sister and her five children, when her mother was testifying in court about her knowledge about the alleged assassinations that her daughter does on her family members.

She went on to deny that she knew of the allegations that were made against them, when she was testifying she sounded like she was completely supporting her daughter, so members of the public were disappointed about that because it is alleged that Rosemary also ordered a hitman to kill her eighty-year-old mother who completely defended her in court. 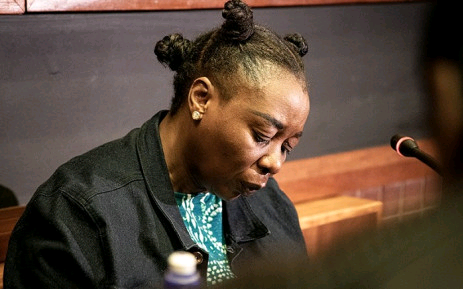 Today we can see her through the video when she was walking in the court complete looking like a real prisoner, they didn't bother to handcuff her hands but she was completely restrained from moving and it showed that she was a real prisoner.

Now she understands the gravity of her actions, this is after she confessed that she was an accessory to the murder of her sister where she benefited huge amounts of money she allegedly also opened several life insurance policies for her family members in order to benefit from their deaths.

At least there is salons in jail. 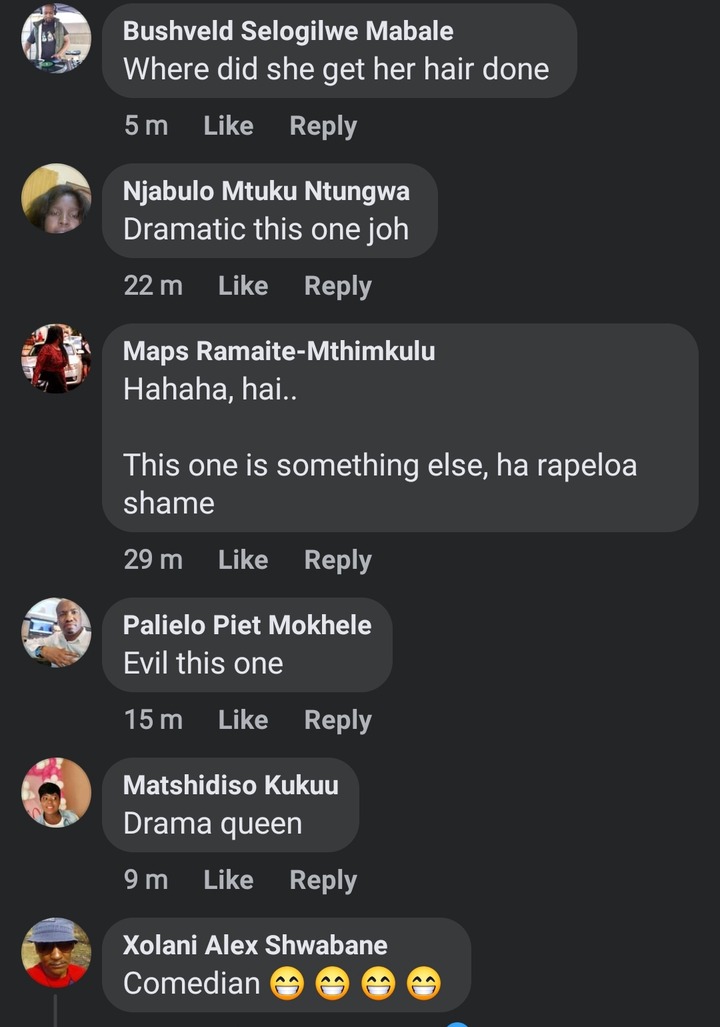 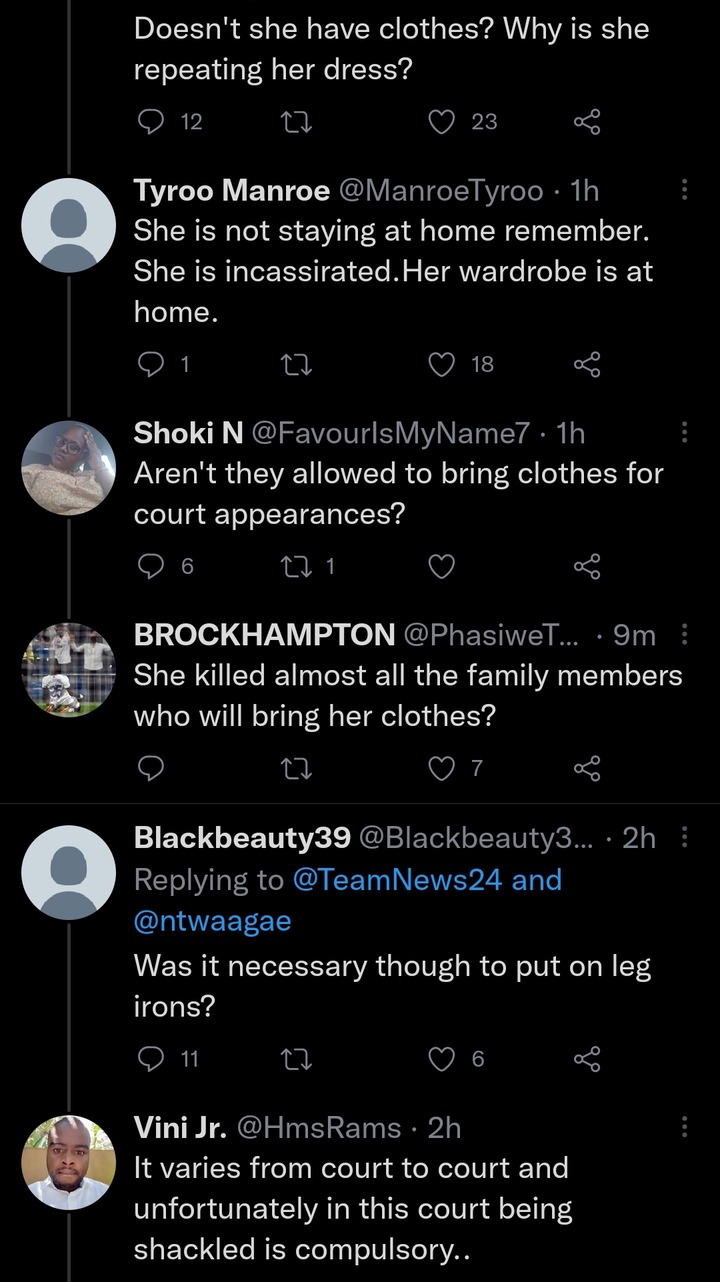 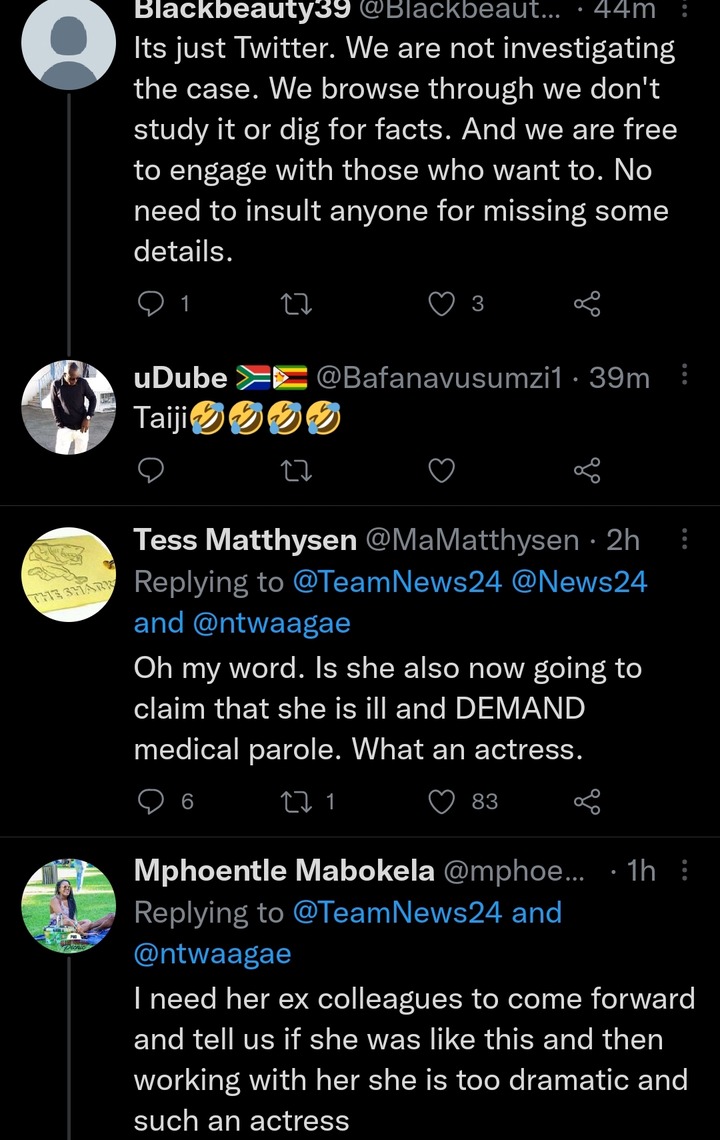 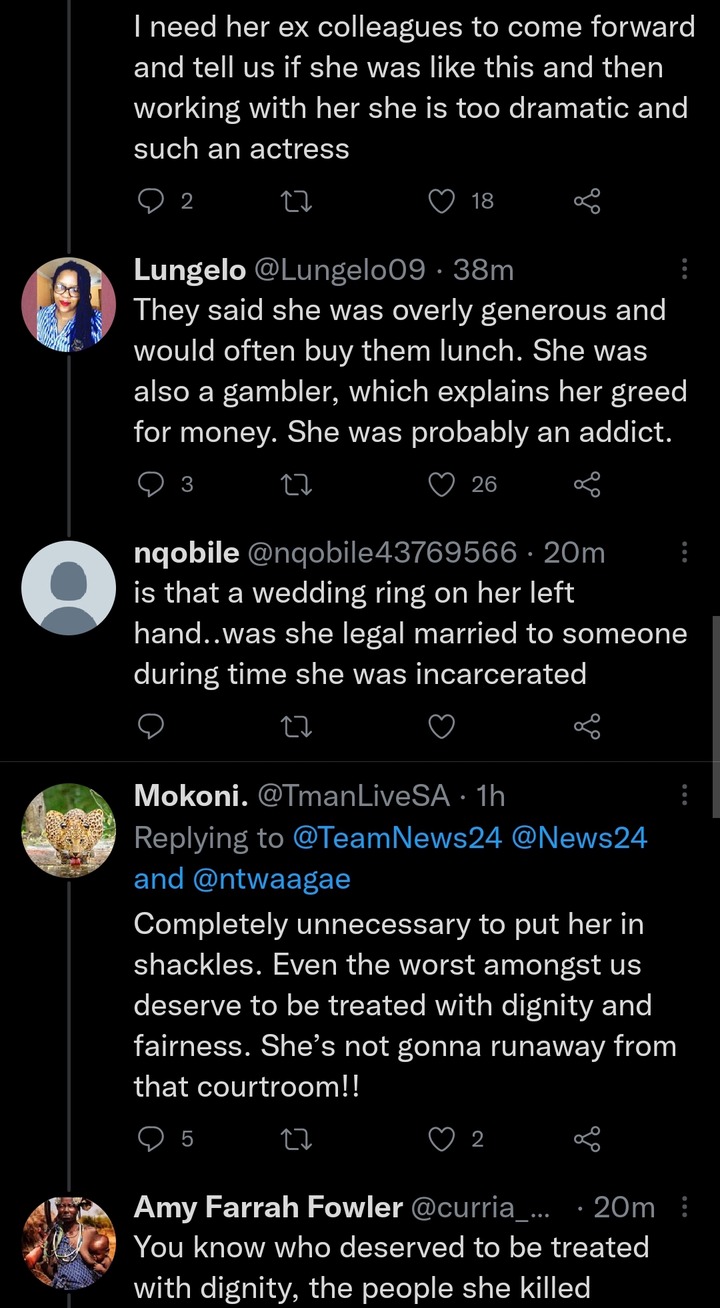 Cleaners at the Police station visited by J. Zuma does the unexpected when they see Msholozi

Teacher Beats Pupil with cooking stick and the following punishment given to him.