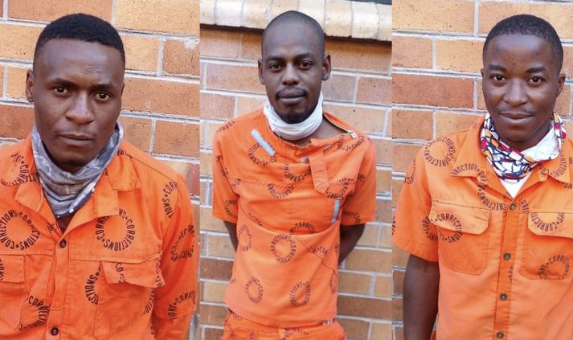 According to the source the three gang were arrested in connection with torrizing the community of Seshego and Westenburg areas . The criminals had names they are calling themselves, they call themselves " Boko Haram ".

The gang were found guilty of 25 cases involving charge of Murder, attempted Murder , possession of unlicensed firearms and ammunition

According to police commissioner n Limpopo said the suspects were torrizing the communities in the mentioned areas above and also thanked everyone who assisted in the arrest of the suspects . .

" To#sapsLIM "Boko Haram" trio sentenced to an effective 128 years' imprisonment each after they were convicted on a total of 25 cases committed in Seshego and Westenburg policing areas committed during Sept and Oct 2017. #TrioCrimes #EndGBV #Sentencing ME