A South African media and Television channel eNCA said in their Twitter account @eNCA that " Mohlakeng community members are destroying and burning houses believed to be rented by illegal miners." 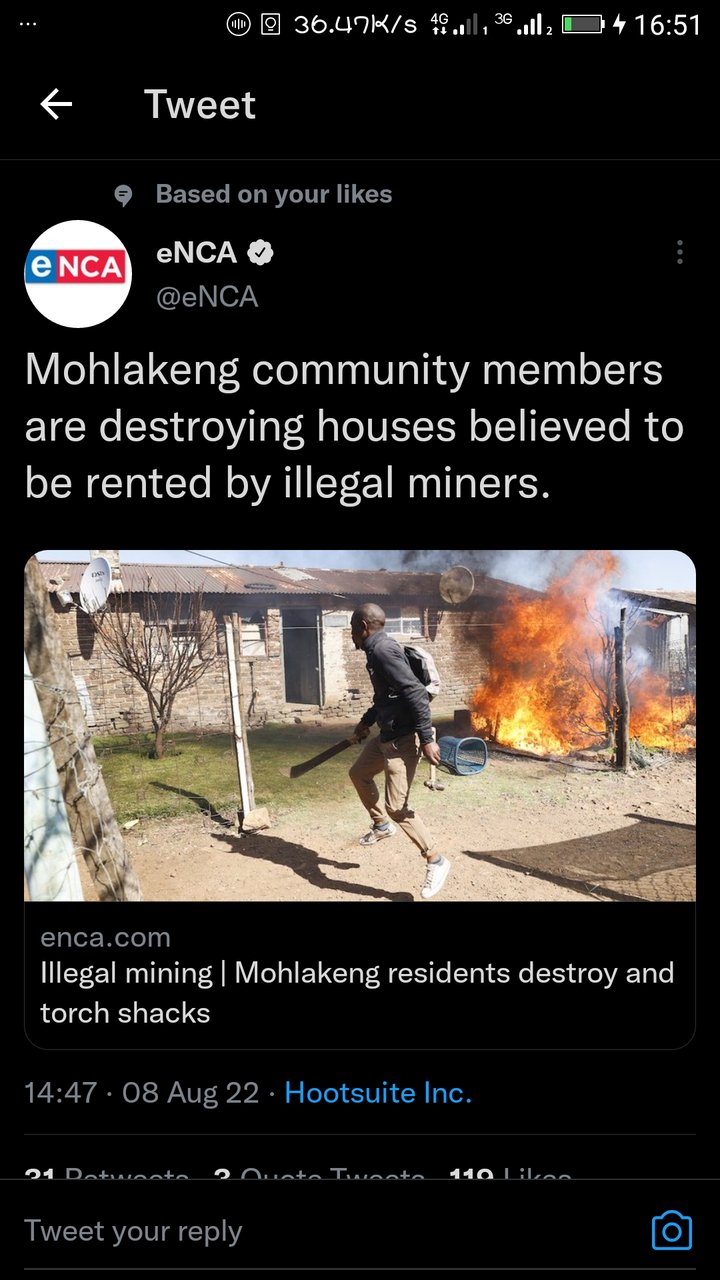 They Accuse them of rape, house breaking and murder. This was because of the last week violent protest against illegal miners led to one person being killed in Kagiso.

The action was sparked by the rape of eight young women, allegedly by illegal miners.

According to kekana tractor's have been deployed to close off areas where illegal miners are understood to be operating. 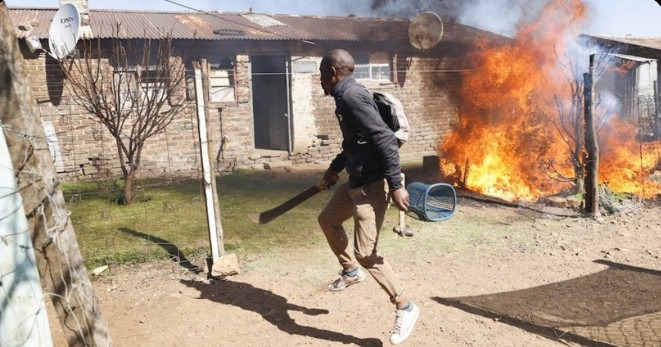 There also were burning Houses and shacks believed to be rented by illegal miners.

There were also burning their clothes and belonging so that before their settle and operate Again in South Africa it will be long. 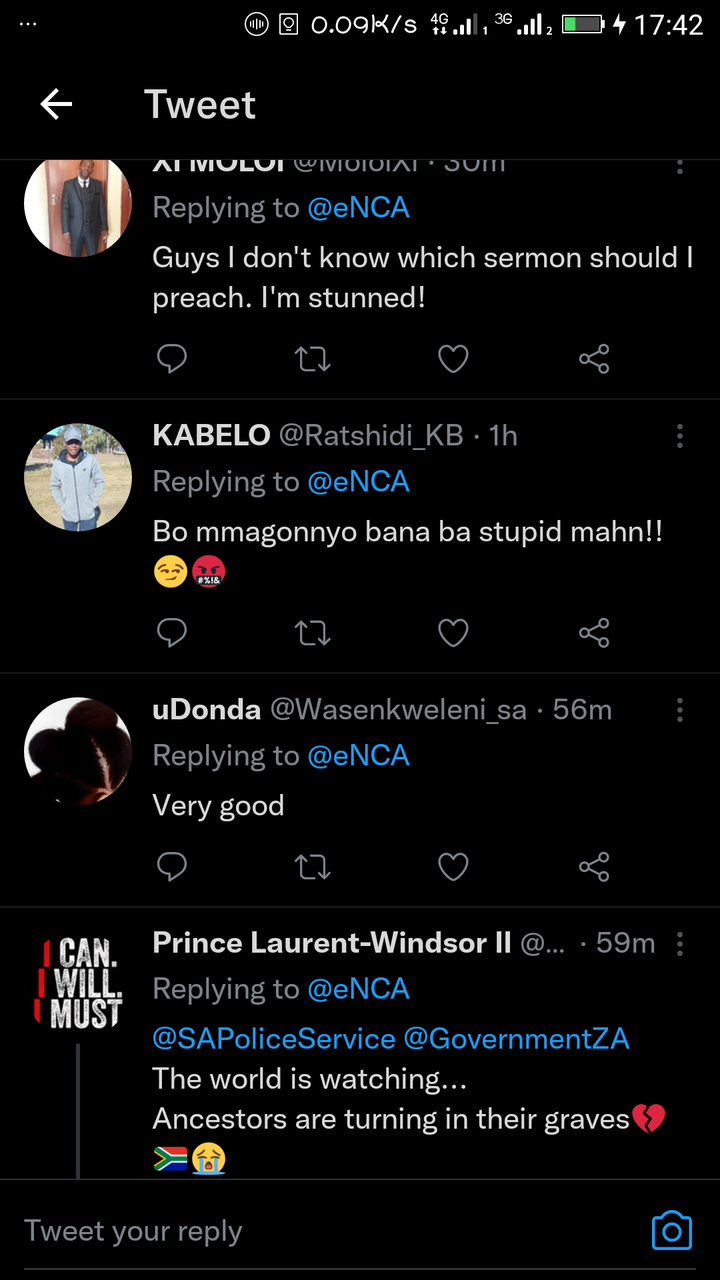