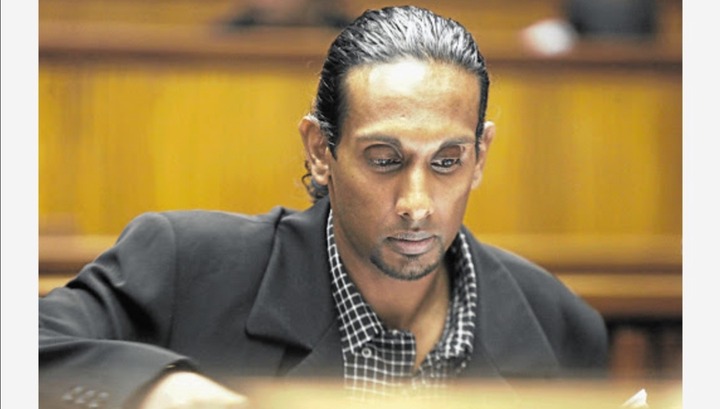 Donovan Moodley will apply for parole on Friday morning after serving less than 17 years in prison for kidnapping student Leigh Matthews and shooting her in the head with a hollow-point bullet.

Moodley, who was 24 at the time, told the Johannesburg High Court on July 25, 2005 that he was guilty of murdering Leigh, that he had kidnapped her and demanded an R50,000 ransom from her father.

He then commands her to strip naked, cover herself with a blanket, and turn away from him. He shot her in the head three times and then three more times in the body.

The court determined that Moodley was not truthful in his account of killing her on the spot where her body was discovered 11 days later by a grass-cutter in Walkerville.

Judge Joop Labuschagne ruled that Moodley did not act alone, and that he had hidden Leigh's body in a cold storage facility before dumping her body and the spent cartridges in the veld.

He sentenced Moodley to life in prison for murder, 15 years for kidnapping, and ten years for extortion. On August 4, 2005, he began serving his sentence.

Moodley, on the other hand, decided to change his plea and file an appeal against his life sentence in 2010. He gave a bizarre account of how he was the true victim. He described being kidnapped along with Leigh by three men. They murdered her, he claimed, and threatened to murder his family if he didn't make a false confession.

Moodley then petitioned the courts in March 2015, after learning that he would be transferred to another prison.

He stated that he was content in his single cell at Diepkloof Prison, and that his family was nearby. He was pursuing a law degree while also receiving medical attention for a developing diabetic condition and failing vision.

"It is submitted that it is extremely troubling that I am seeking relief from this court when I should be studying." The DCS [department of correctional services] has created an unnecessary and callous distraction. "It takes a lot of time and is mentally draining," he wrote in court papers.

Moodley will now stand before the parole board at Johannesburg Medium B Prison at 9 a.m., having served less than 17 years and earning credits for good behavior.

The Matthews family will be in attendance. They will object to his request.

2 Malawian cable thieves arrested in Mpumalanga by the police

Gogo Maweni Left Mzansi Jealous After She Shows Off Her Gorgeous Body Goal. See Her Pictures

MaMkhize: Royal AM On A Mission To Challenge Football’s Established Order

EXPLAINER | Fifth wave of Covid-19 infections: What is the state of the pandemic in SA?