A number of events have apparently taken place since residents of Kasigo in Johannesburg's Western suburbs staged a protest earlier this month. Bloody South Africa has transformed into a nation where the general public's well-being is no longer assured. 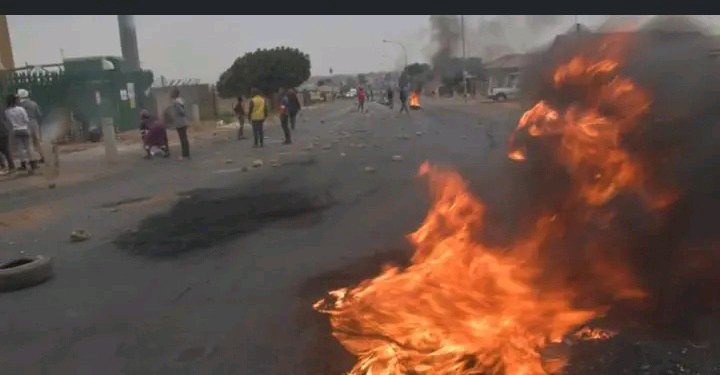 People have taken to the streets in protest and self-defense as a result of the country being overrun by omens of doom. Residents of Thembisa, South Africa, erupted in a violent protest yesterday, destroying national property in the name of their cause. 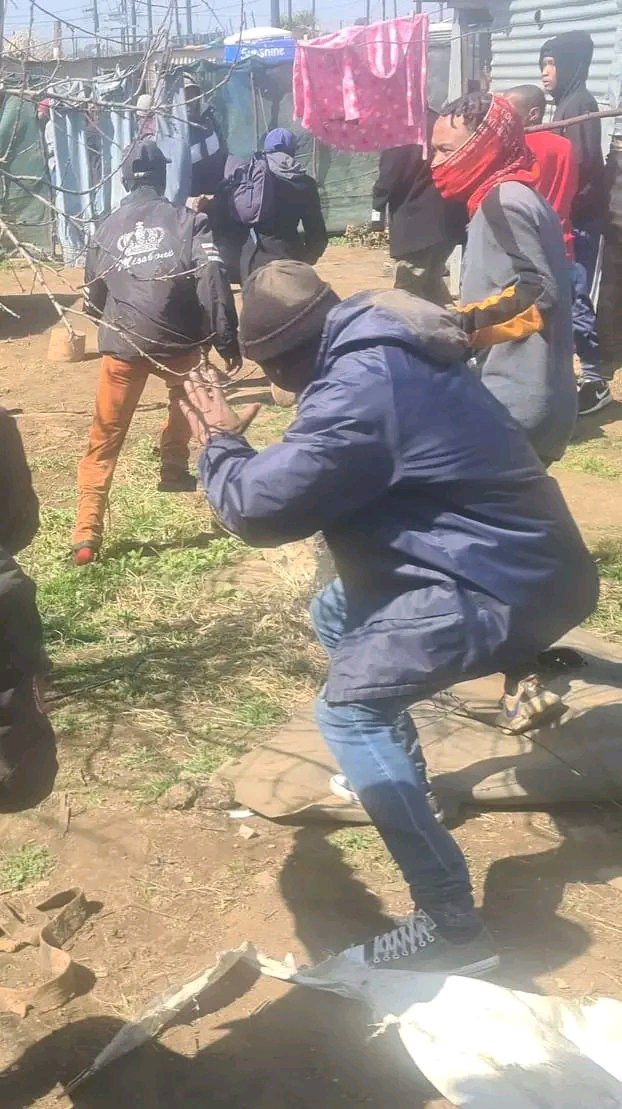 By contrast, the Kasigo inhabitants chose not to burn anything, but instead went in search of the illegal miners (Zamazamas youths) who had been terrorizing the area and stealing their belongings. Allegations have surfaced that the illegal miners, who are believed to be Lesotho natives, are members of the notorious ZamaZamas gang.

Some criminals were tracked down by Kasigo villagers today and manhandled before being handed over to the South Africa Police Service (SAPS) for purported deportation. As the residents searched from one shanty to the next for them, it was truly a hunting lesson. Take a look at these images:

However, it was stated that one of the illegal miners (the Zamazamas guys) was stoned to death after attempting to shoot a neighbor. It was the resident hunters' self-defense technique that kept them alive today. It was a success in that several Zamazamas boys were arrested and turned over to authorities. 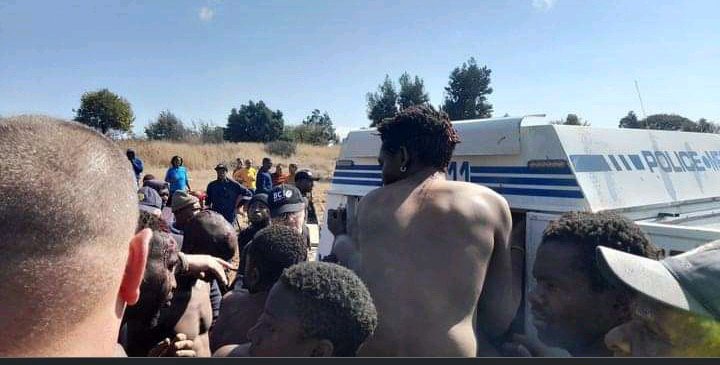 Because of the current issue in South Africa, I believe that every citizen should use the method to ensure their own protection. Residents should mobilize a group of muscular lads to protect the region from any impending danger. Let the authorities worry about saving you; instead, take steps to ensure your own safety and that of your family members. 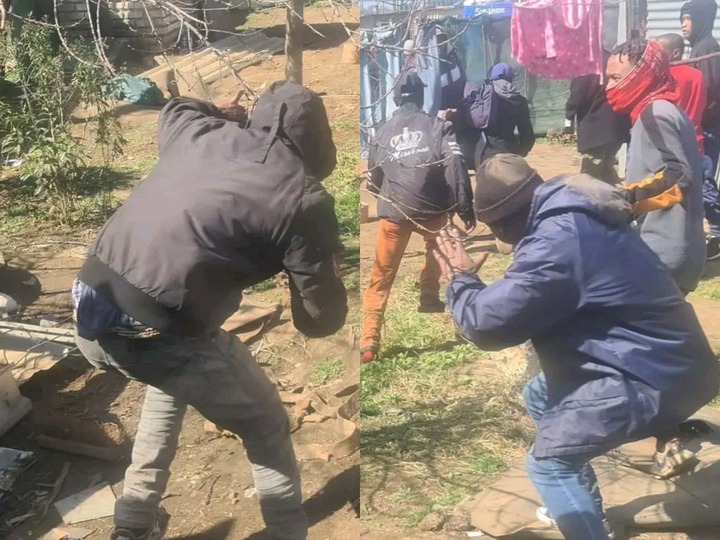 Please share your thoughts in the section below and don't forget to follow me for more fascinating updates.