Sanga Nozintaba is asking for justice for Namhla her late twin sister.

Namhla was shot and killed on a driveway at sdwadwa, Umtata.

In January 2022 Namhla confessed to her sister that she can't take it no more and she thinks she might die from this abusive relationship.

"Sometimes he wakes me up at 4 am to start washing his tents and chairs," said Namhla

Now I worked double at O.RTDM and major tents owned by Bhekezulu.

"The day after my sister was shot in the grey polo Vivo ( AVIS CAR), an unknown man came claiming his from the Avis company and he was sent by Mr. Bhekezulu to fetch the car because it was reported to be hijacked". 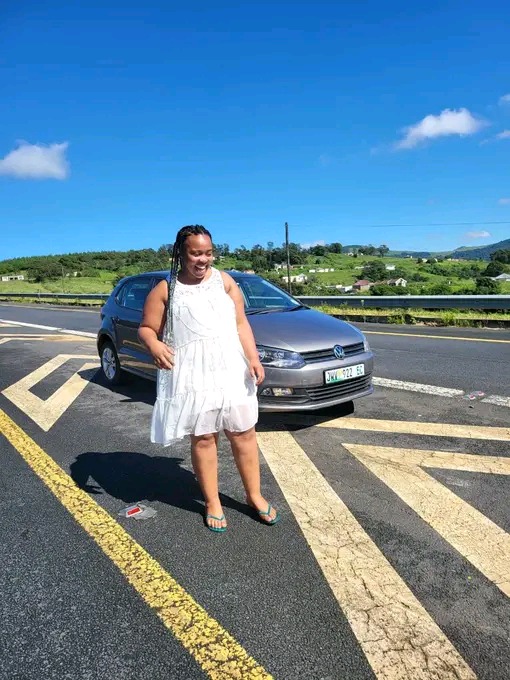 "This man was not even carrying any paperwork even worse no name tag," said Sanga.

The hitman never stopped shooting at my sister even after my grandmother came out of the house to see what is happening the shooter kept on doing what he came for, leaving my sister dead and my grandmother traumatized.

Wich other proof does the justice system what for my sister to rest in peace.

"Why should I stay in an abusive relationship.?I don't get his attention anymore. Every day I am told how stupid, useless and childish I am"

'Even if I divorce my wife I will never marry you, you useless and stupid" said bhekezulu

Namhla told me "I remember at Northcrest when he was beating me for something I didn't do, he sent me an SMS after beating me up telling me that I will under the car. He was not bewitched by that time. 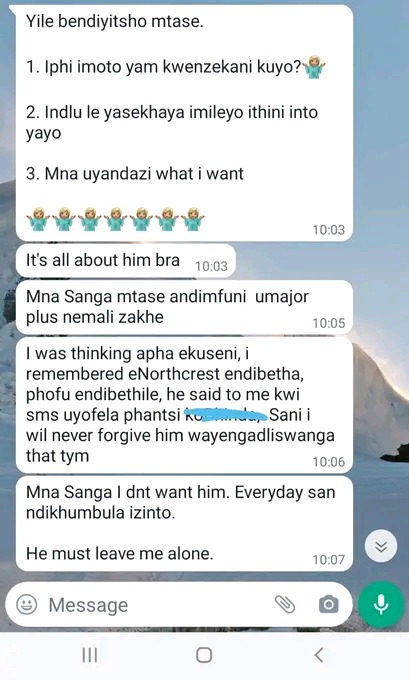 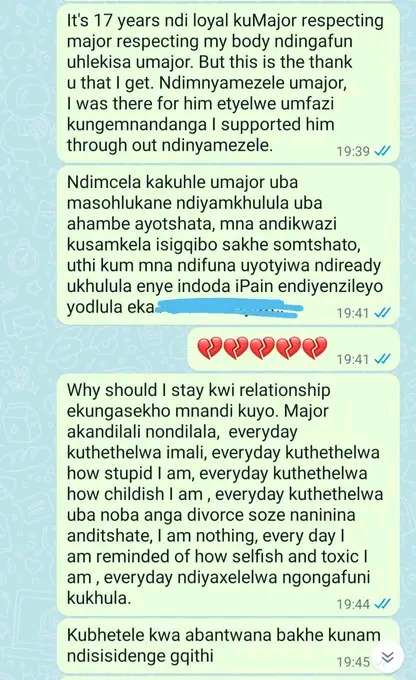 I am tired of this abusive relationship I can't take it anymore I can't even find happiness anymore I always fake it and act as if everything is ok but it's not my sister I ask for your help.

Justice for Namhla will be saved I won't rest up until I see my sister resting in peace.