5 top reasons why people refuse to take the covid jab

By LeboLization (self media writer) | 24 days ago 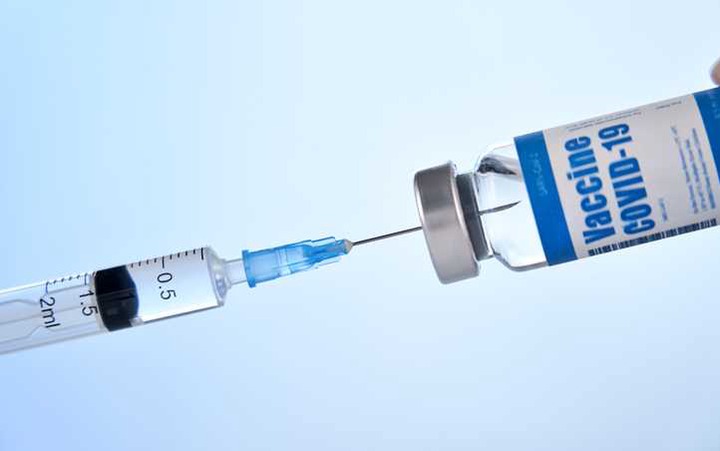 1. Coronavirus does not exist

2. There is a hidden agenda

Many people around the world believe that there's a hidden agenda when it comes to the vaccine, some say it is made to control the population number because covid didn't kill enough people and people being forced to take it is enough proof. And some believe that it changes our DNA. 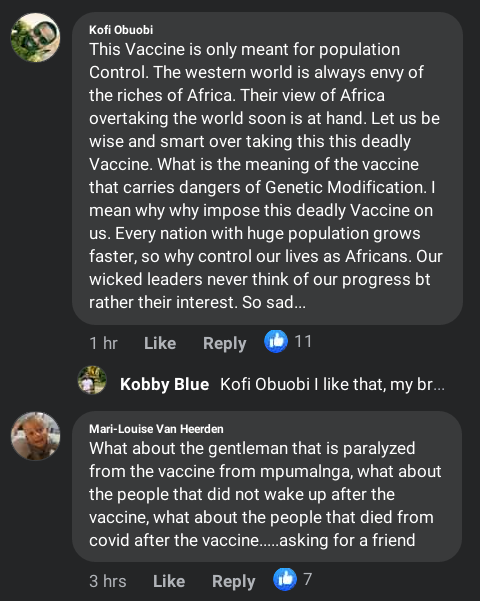 3. It is the mark of the beast

Many Christians believe that the jab is the mark of the beast because vaccine passports are made and they are starting to make living a bit harder because as time goes it's going to get a bit harder to get jobs, buy, or going out to eat at restaurants.

[11]Then I saw another beast rising out of the land [itself]; he had two horns like a lamb, and he spoke (roared) like a dragon.

[12]He exerts all the power and right of control of the former beast in his presence and causes the earth and those who dwell upon it to exalt and deify the first beast, whose deadly wound was healed, and to worship him.

[13]He performs great signs (startling miracles), even making fire fall from the sky to the earth in men's sight.

[14]And because of the signs (miracles) which he is allowed to perform in the presence of the [first] beast, he deceives those who inhabit the earth, commanding them to erect a statue (an image) in the likeness of the beast who was wounded by the [small] sword and still lived. [Deut. 13:1-5.]

[15]And he is permitted [also] to impart the breath of life into the beast's image so that the statue of the beast could talk and cause to be put to death those who would not bow down and worship the image of the beast. [Dan. 3:5.]

[16]Also, he compels all [alike], both small and great, both the rich and the poor, both free and slave, to be marked with an inscription [stamped] on their right hands or their foreheads,

[17]So that no one will have the power to buy or sell unless he bears the stamp (mark, inscription), [that is] the name of the beast or the number of his name.

[18]Here is [room for] discernment [a call for the wisdom of interpretation]. Let anyone who has intelligence (penetration and insight enough) calculate the number of the beast, for it is a human number [the number of a certain man]; his number is 666.

4. It is poison and it kills

Some people are traumatized today because they saw their loved ones get sick and die right after receiving the jab and they swore to never get the jab. 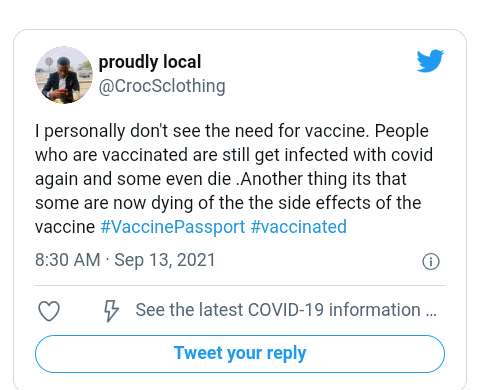 5. My body my rights 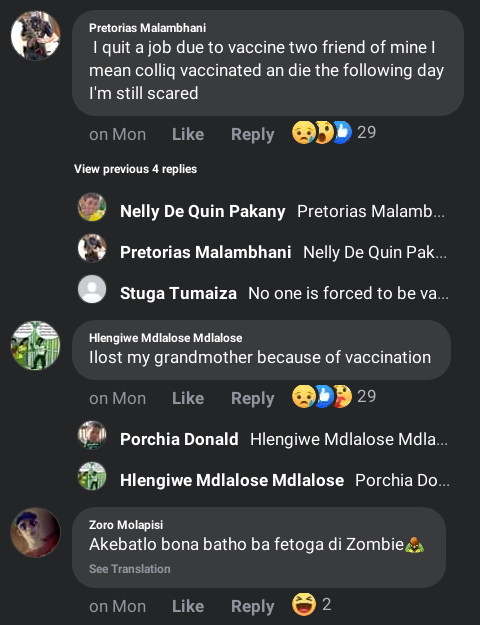 Content created and supplied by: LeboLization (via Opera News )