44 years After The Soweto Uprising

By Rre'Gopane (self media writer) | 2 years ago 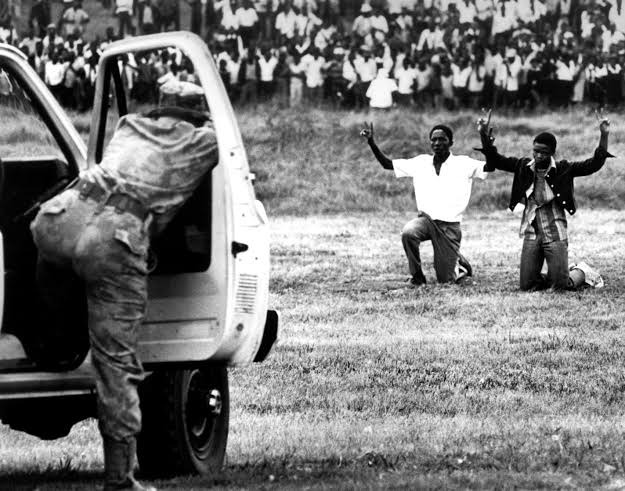 44 years after the Soweto uprising: We speak to those who were there This year marks 44 years since the Soweto uprising in which more than 200 people were killed when more than 10 000 people marched against Afrikaans as a language of instruction.

The day, celebrated as Youth Day, came to mark a turning point in South Africa's march to democracy, and would spark countrywide protests against the apartheid government.

The protests were inspired by a 1974 policy to force black South Africans to study Afrikaans, but deteriorating school infrastructure and overcrowded classrooms also contributed to the frustration. 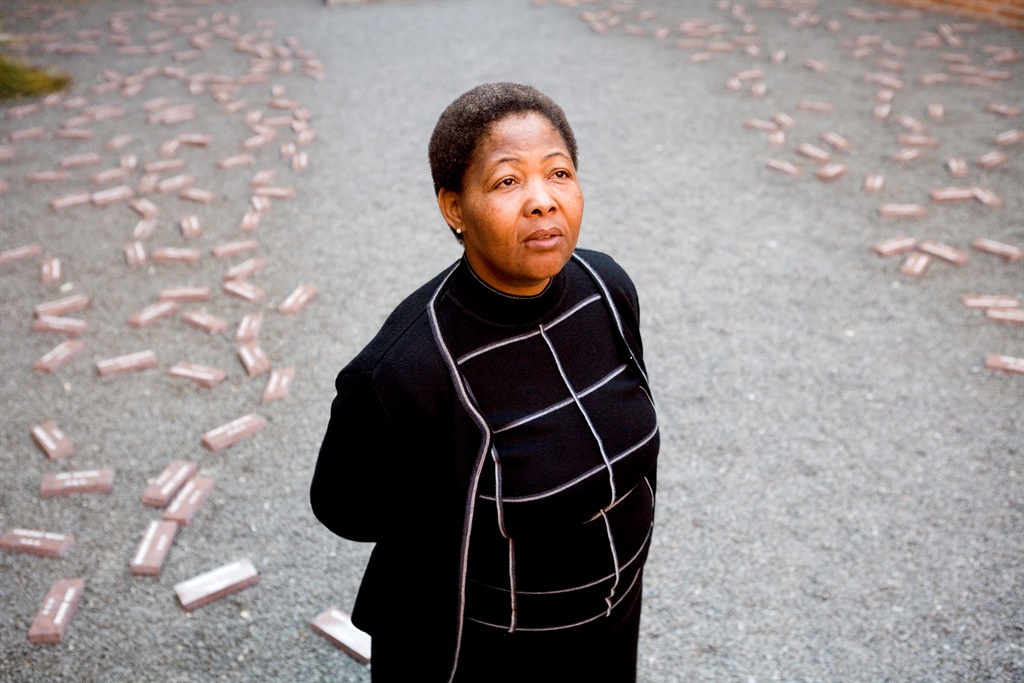 Antoinette Sithole poses at at the Hector Peterson Museum in Soweto.

In a picture that widely became synonymous with the uprising, a 17-year-old Antoinette is seen running next to Mbuyisa Makhubo who is carrying the body of her brother, Hector Pieterson, after he was killed by apartheid police on 16 June 1976.

She was hiding in a house next to her school, Phefeni High School, on the day, but came running out when she heard shots.

When she ran out, she called her brother, Hector, in his traditional name, Zolile, after seeing him, but heard shots again and ran back into the house. When she came out she could not find him.

"I thought I would see him again and didn't want to venture too far from the house, despite seeing boys gathering, but I stayed at the house because I thought Hector might come call.

"But I then just saw a man coming from nowhere, running towards me, but he wasn't running towards me because he ran past me to the crowd where pupils were gathered, and he pushed them away to pick up a person and then I saw my brother's shoes."

She said a car soon stopped next to them and a woman who called herself a journalist got out of the car and offered a ride to the clinic. The doctor came out to the car to see her, where he declared her brother dead.

"He said there was nothing more we could do for him. And I thought to myself: this is not real, this can’t be happening."

Mama Antoinette said it was a pity people only remember the Soweto uprising once a year, and things have improved "50-50" since the death of her brother, but that people cannot give up hope. "I call that day a milestone, we have to keep believing, some things have improved." Seth Mazibuko was one of the youngest members of the South African Students' Organisation who helped to organise the march. He said he was still emotional talking about 16 June 1976 today. "I hope I am not going to cry."

The day before, Mazibuko was eating cake with his friends when he turned 16, but the next day led pupils out of their classrooms. "If I knew that I would lead those children to be killed by old white men, I would never have done it. It is my only regret in life."

He said people remember the day as a battle between guns from the police and rocks from pupils, but the pupils were actually fighting with their books.

"We walked with the books, and only picked up the rocks along the way. We were walking with books because we were fighting an issue of books."

He said that morning was cold.

"When the first group of students arrived in Vilakazi Street in Soweto, the police fired tear gas canisters, but at God's grace it affected them more because the wind blew it in their direction.

"Then they unleashed dogs and thank God we had natural weapons [rocks] we could use to protect us by hitting the dogs with them. And the next thing we saw the bullets."

Mazibuko said there were mothers in the community, one of them being Mama Winnie Madikizela-Mandela, who pleaded with them to stop because children were being killed.

That evening, Mazibuko joined his fellow student leaders to visit the injured at Baragwanath Hospital.

"That day, we just counted corpses. I opened the door of the mortuary and just saw a heap of bodies."

He said he would like to urge young people to stop drinking and dancing on 16 June. "This public holiday is not a party. It breaks my heart when I see young people disrespecting it. I am calling on young people to remember what we did to fight the apartheid regime." Max du Preez was a young journalist at Afrikaans newspaper Beeld when he was called out to cover the events on 16 June.

"At the time, Afrikaans newspapers didn't really cover black politics, and therefore sent out juniors to cover any black events."

He said he was originally sent out to cover the protest as a criminal gathering of looting and killing, but soon realised it symbolised something much bigger.

"When I look back at this, it was one of my first big stories and it really is a seminal moment in my life. Here I was a young Afrikaans 'boytjie' recently out of university, and saw how old white men were ready to shoot to kill.

"It shook me to my core. I asked myself how could this be happening in our backyard while most of white South Africa just went on with their lives. Why didn't they care?"

Du Preez said the police drew a line in the sand, and told protestors if they stepped over they would be shot. And one by one e protesters started walking over the line, they were shot and pandemonium ensued.

He added he regretted until today he had covered the story originally as a crime story, and did not realise it reflected something bigger in South Africa.

"It was a little bit about Afrikaans. But Afrikaans was mostly the rallying cry. The fundamental issue was about young people who were oppressed by a regime, who didn't understand why they had to be treated this way."

"But young black South Africans can still look at their white peers and wonder why they stay in fancy suburbs while they live in townships. They can still ask why white people still control the majority of the economy."

Content created and supplied by: Rre'Gopane (via Opera News )

Here Is Everything You Need To Know Regarding The Klipspruit Valley Roads.

Skeem Saam: Magongwa Will Not Taste The Principal Seat And Here's Why