Pfizer and BioNTech have submitted data to the US Food and Drug Administration (FDA) in support of a third dosage of the Covid-19 vaccine being evaluated. 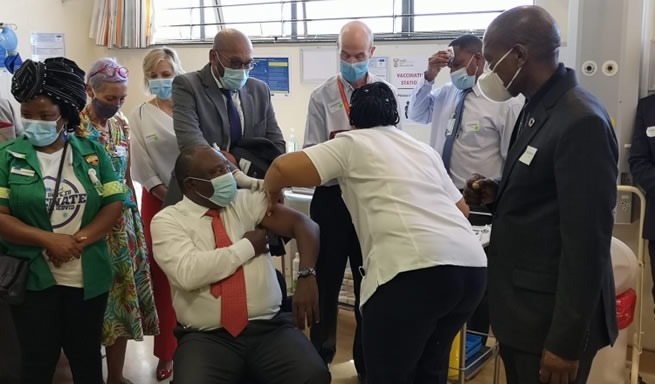 People who received a third dose of the mRNA vaccine had a “favorable safety profile and substantial immunological responses,” according to the firms.

In the next weeks, this information will be sent to the European Medicines Agency (EMA) and other regulatory bodies.

“Vaccination is our most effective approach of avoiding Covid-19 infection – particularly severe sickness and hospitalization – and its significant impact on saving lives is undeniable,” said Albert Bourla, chairman and CEO of Pfizer.

“Despite this, we must stay watchful against this highly contagious virus, given the continued threat of the delta version and the possibility of the introduction of new variants in the future.”

The findings suggests that a third dosage of Pfizer's vaccination produces antibody levels that are much higher than those reported following the two-dose main schedule, according to Bourla.

“These preliminary findings suggest that utilizing a third dosage of our vaccine, we may be able to maintain, if not exceed, the high levels of protection against the wild-type virus and relevant variants,” said Ugur Sahin, BioNTech's chief executive and co-founder.

“A booster vaccination could help people who have already been vaccinated minimize infection and disease rates, as well as better manage the spread of viral variants over the coming season.”

Pfizer reported reports of adverse outcomes after using its vaccine, implying an increased risk of myocarditis and pericarditis, especially after the second dosage.

Adverse responses in individuals 16 years and older in clinical research include:

In a clinical study, adverse reactions in adolescents 12 through 15 years of age include:

According to Bloomberg, debate in the United States and Europe is intensifying about whether booster doses will be required, and if so, when and in which patient subgroups.

Pfizer reported research indicating that the vaccine's efficacy against moderate instances may begin to decrease after six months, despite the fact that protection against severe cases remained strong. Meanwhile, Moderna Inc said that their vaccine performed well in six-month trials. However, officials from both businesses have suggested that booster doses will be required in the future.

A pilot research published earlier this month by Israel's largest health maintenance organization found that most persons who received a booster shot of the Pfizer Inc-BioNTech SE Covid-19 vaccine experienced the same or fewer adverse effects as those who received the second dose.

According to a statement from Clalit Health Services earlier in August, 88 percent of the 4,500 survey respondents reported “a similar or better feeling” than their reaction to the prior dose, with 31 percent reporting localized symptoms such as soreness or swelling in the injection site.

Other symptoms such as fatigue, muscle aches, and fever were reported by about 15% of patients. According to Bloomberg, less than 1% of people had trouble breathing or had chest problems.

In an effort to stem a surge in new cases, Israel became the first government in the world to widely distribute booster doses.

The total number of vaccines administered in South Africa as of Monday (16 August) was 9,557,542.

According to the National Institute for Communicable Diseases (NICD), a component of the National Health Laboratory Service, 2,125,936 single-dose Johnson & Johnson vaccines have been provided.

In South Africa, the institute recorded 7,983 new Covid-19 cases, reflecting a 21.1 percent positive rate. According to the National Department of Health, 299 more Covid-19-related deaths have been documented, bringing the total number of fatalities to 77,440.