6 Medicinal Miracles Of The Most Powerful Remedy – Cinnamon And Honey

By Giiven (self media writer) | 1 year ago 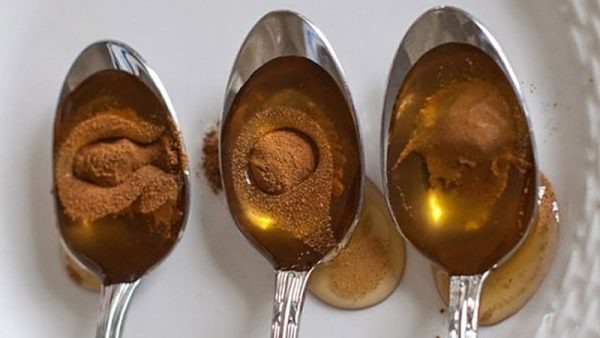 The combination of honey and cinnamon has long been used to treat various illnesses at homes. Their medicinal properties get amplified when used together, synergistically. Given below is a list of 6 conditions that this medicinal duo has been known to cure for centuries now.

When combined together, both make a great component for healing wounds and various skin infections. The anti-bacterial and anti-inflammatory properties in cinnamon helps the body fight infections and inflammation. Honey contains hydrogen peroxide which is effective in inhibiting bacterial growth, which further speeds up wound healing. Apply cinnamon oil mixed with honey on the wounds caused by infections or any other ailment for best results.

The honey in this combination soothes the inflamed parts of the respiratory tract that flu and colds usually attack. It treats the flu by strengthening the immunity system and also relieves us of the cough. The combination has antibacterial, antimicrobial, and antioxidant properties which make it impossible to part with during common colds. Tea with cinnamon and honey can be soothing to one afflicted with the flu.

Both honey and cinnamon have strong anti-inflammatory properties and can help in treating gums and teeth infection at bay. Apply honey and cinnamon paste on your teeth and gums on a regular basis for the sake of your oral health. The paste can help to control the spreading of harmful bacteria inside the mouth, which cause your mouth to smell bad.

Cinnamon mainly is composed of vital oils and various other derivatives, such as cinnamaldehyde, cinnamic acid, and cinnamate. On the other hand, pure and raw honey possesses a low hypoglycemic index and this helps regulate blood sugar levels in your body. A combination of honey and cinnamon thus offers multiple health benefits by keeping blood sugar levels under control.

Cinnamon has an intense insulin-boosting quality that gives body vitality while directing glucose. Moreover, honey is a rich wellspring of natural sugars and a lot of amino acids, vitamins, minerals, enzymes and antioxidants which are fighting against fatigue and keeping the body energized.

Content created and supplied by: Giiven (via Opera News )