Simon Grindrod has spoken out about the nation-wide electrical issue, criticizing both Ramaphosa and Eskom. Mr. Grindrod noted that President Ramaphosa called multiple family gatherings to discuss the Covid-19 Vaccine, but he has not called anyone to discuss Eskom issues. The renowned critic and commentator bemoaned the current state of Eskom, stating that the family meeting has never been more important. Simon Grindrod rushed to Twitter and dropped this bombshell: "The same Ramaphosa who convened 'family meetings' nearly every week to enforce Covid-19 limitations is absent when the nation suffers from a power, gasoline, and food price crisis." In addition, it was regretted that the president left the nation in the dark and traveled abroad, stating, "Cyril blue-ticked the nation for a week to go charge his phone abroad. Eskom are making it up as they go along. Pravin is hiding in the supply closet. John returned to file charges, but nobody cares. Julius desires to dismiss everyone. "Today is only Thursday" 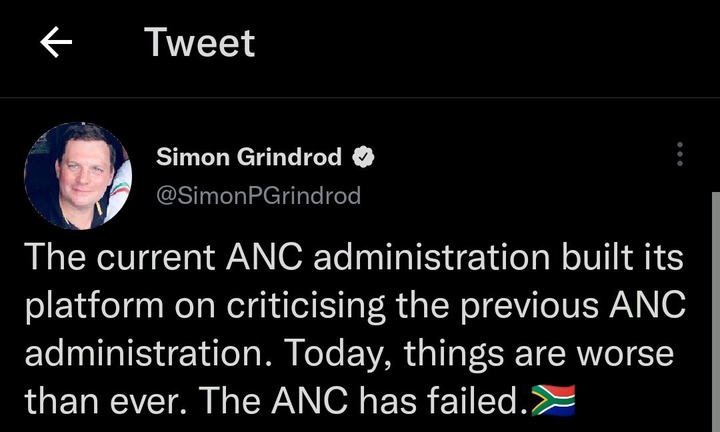 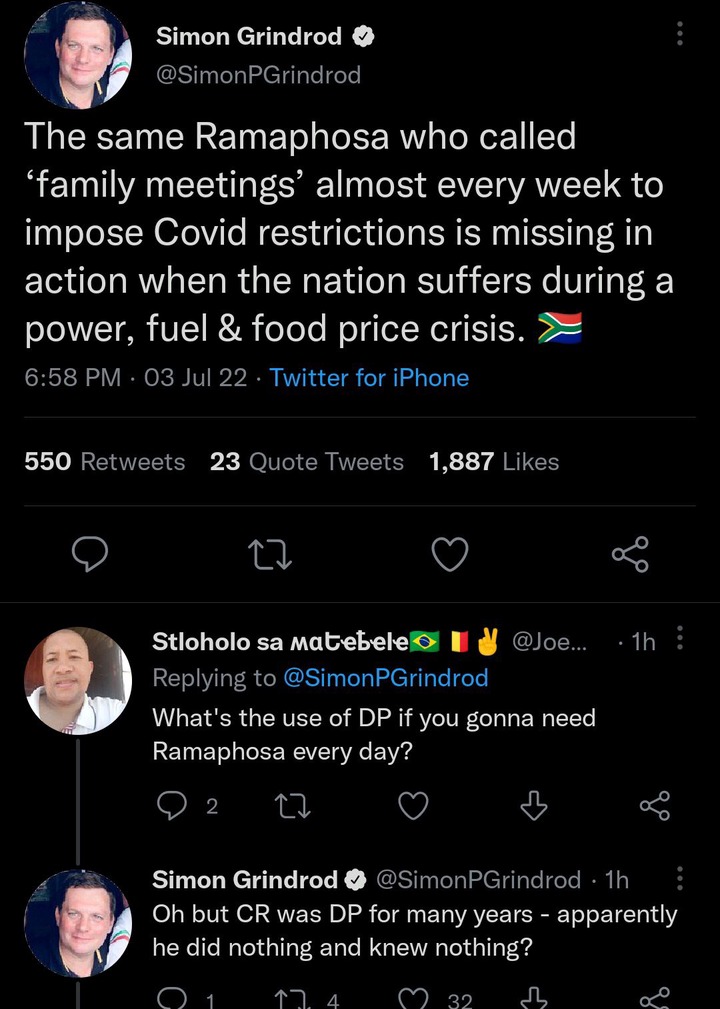 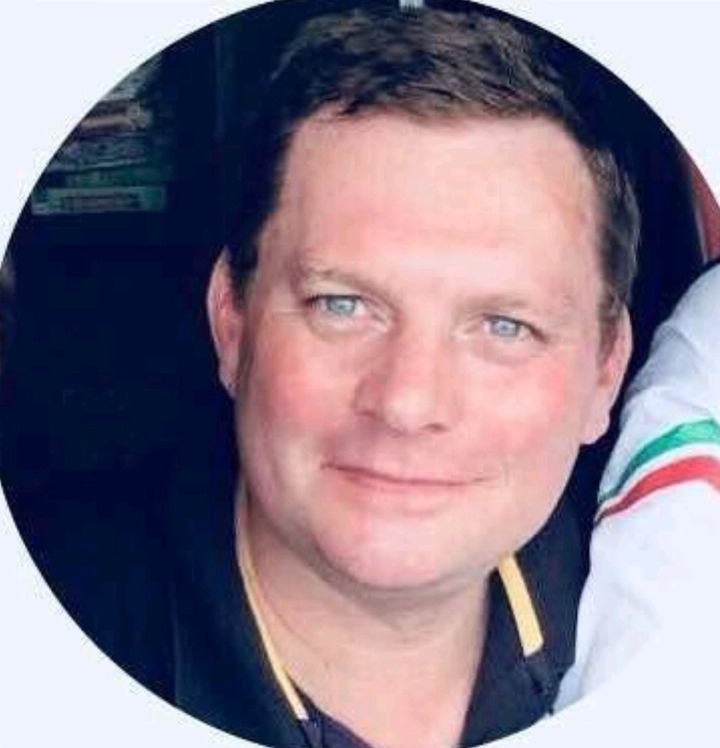 Simon Grindrod stated that the ANC should shoulder the most of the blame, stating, "The current ANC administration has built its platform on criticizing the former ANC administration." Today, the situation is worse than ever. The ANC is a failure. Pravin Gordhan is in charge of Eskom and the other SOEs. Gwede Mantshe is the representative for Energy. Cyril Ramaphosa is accountable for everything. Where did they go? National power crisis, stage six. Unemployment. While South Africans struggle domestically, the President jets around the world for photo ops. Our country requires a leader on the ground, not an absent orator. #Eskom #PowerCrisis #FuelPrice #FoodPrice #EnyobeniTavern #Stage6 #Ramaphosa #EnyobeniTavern".