A Covid tablet could be available in South Africa before the end of the year. Cipla, a pharmaceutical company, has started producing molnupiravir, a medicine that can reduce the risk of individuals becoming extremely ill or dying from Covid.

Molnupiravir, a drug developed by Merck, has already acquired emergency permission in the United States and England for treatment in Covid patients.

Molnupiravir can be produced at a low cost thanks to Merck's partnerships with other manufacturers. Generics are cheaper versions of the tablets that aren't offered under a brand name but contain the same active ingredient and work in the same way.Consider this: Panado is the brand name for a painkiller, but paracetamol is the active chemical that produces the desired effect.

Merck's medicine, molnupiravir, is also called after its active constituent (the stuff that makes the pills work). The therapy can be created and sold for less by allowing other manufacturers to develop molnupiravir-containing pills.

Molnupiravir isn't the only drug available in Covid tablets. Paxlovid, a medication developed by Pfizer, is another example. These medications function in a slightly different way than molnupiravir, but they likewise reduce the risks of someone ending up in the hospital as a result of Covid.

Pfizer's tablet is known by the brand name Paxlovid. It means that a pill comprising the active components nirmatrelvir and ritonavir, such as Paxlovid, cannot be sold under the same name by another company.

However, because Pfizer has not made the recipe for combining these chemicals public, making generic versions of the medicine would be challenging (like can be done in the case of molnupiravir). Paxlovid's price has risen as a result, with a single pill costing roughly R270 in the United States.

A full course of Paxlovid medication is 30 pills, therefore treating one individual would cost around R8 100, which would be unaffordable in South Africa.

According to a study published in October 2021, an Indian manufacturer could make a generic version of this therapy for R6.50 per pill, with a retail price of R7.50 to account for mark-up and taxes. 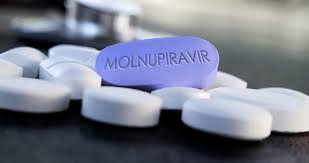 At this pricing, a full course of 40 generic molnupiravir tablets would cost roughly R300, which is 25 times less than Paxlovid for treating one person.

So, how do these tablets function, and why do we need them if immunizations are already available? This is the first of a two-part series.

Mzansi Were left in awe after DEBORAH FRASER'S friend said this about her.