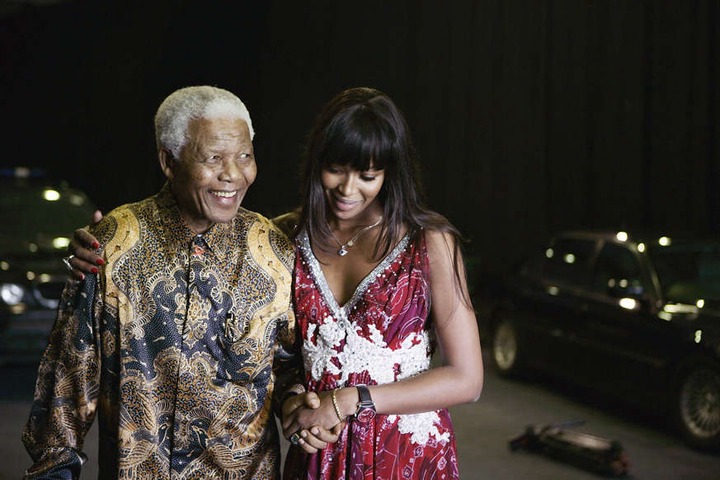 On November 30, 2007, at Gallagher Estate in Gauteng, South Africa, with model-actress Naomi Campbell for the 46664 World AIDS Day Concert.

Will Smith and Jada Pinkett 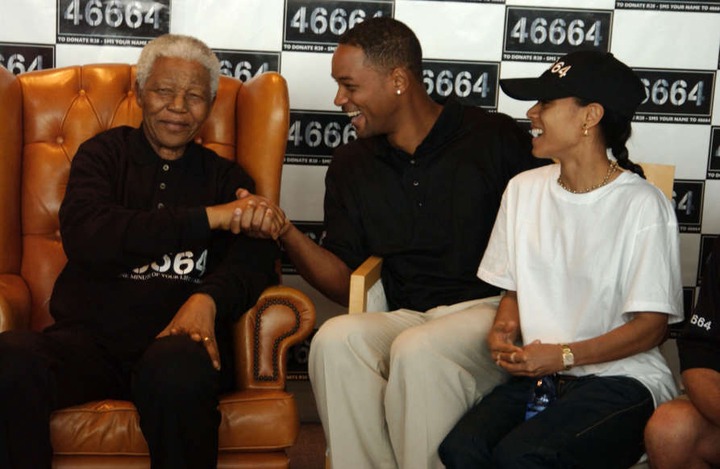 On March 20, 2005, at the Fancourt Hotel & Country Club in George, South Africa, with actor Will Smith and his wife Jada Pinkett Smith. 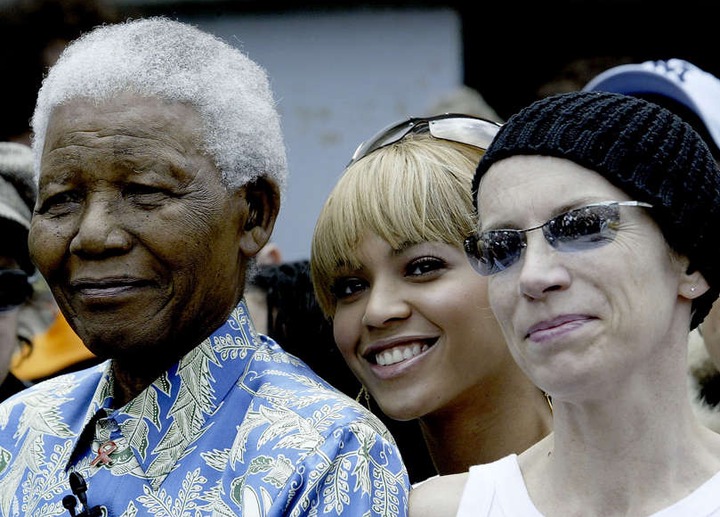 On November 28, 2003, during the 46664: Give One Minute of Your Life to AIDS performance on Robben Island, with performers Beyoncé (C) and Annie Lennox. 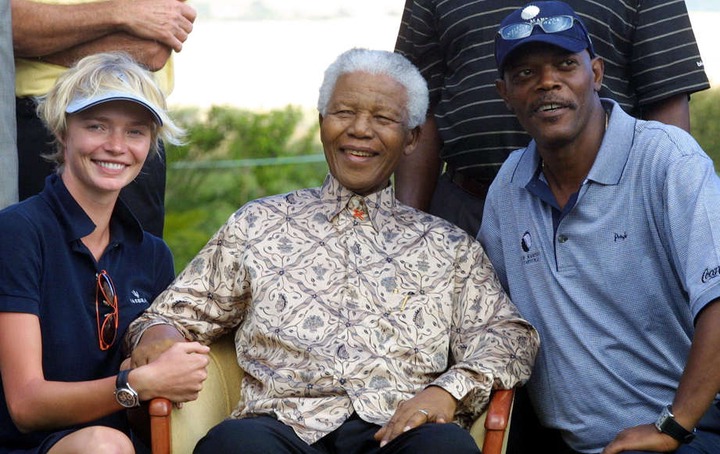 On Nov. 17, 2003, during the Nelson Mandela Invitational Golf Tournament at the Arabella Country Estate in South Africa, with model Jodie Kidd and actor Samuel L. Jackson. 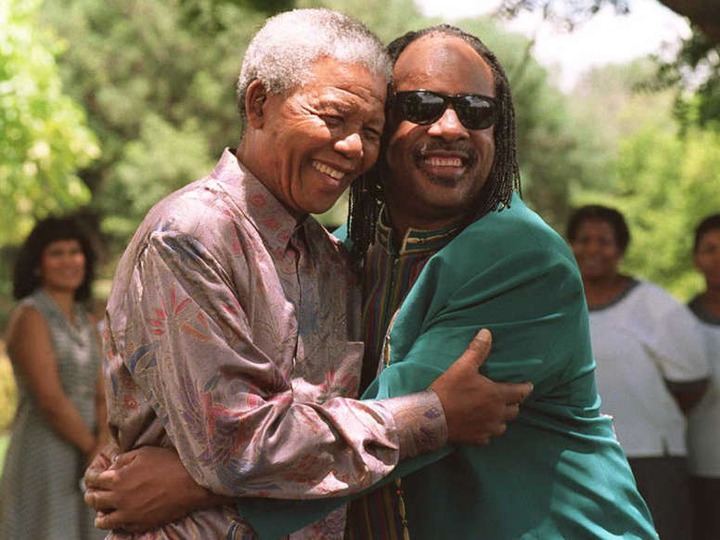 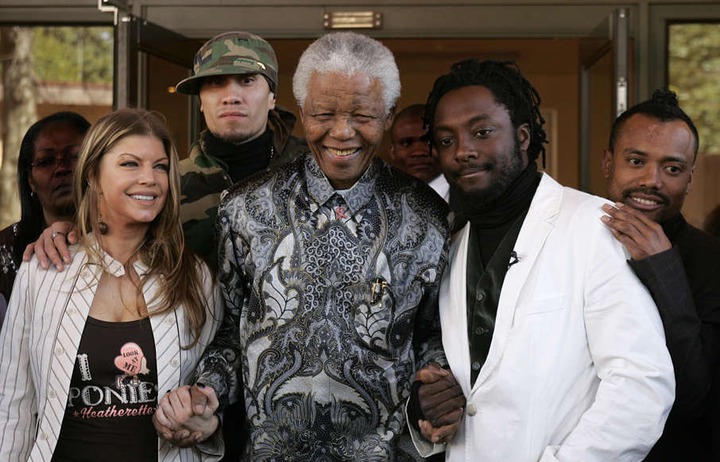 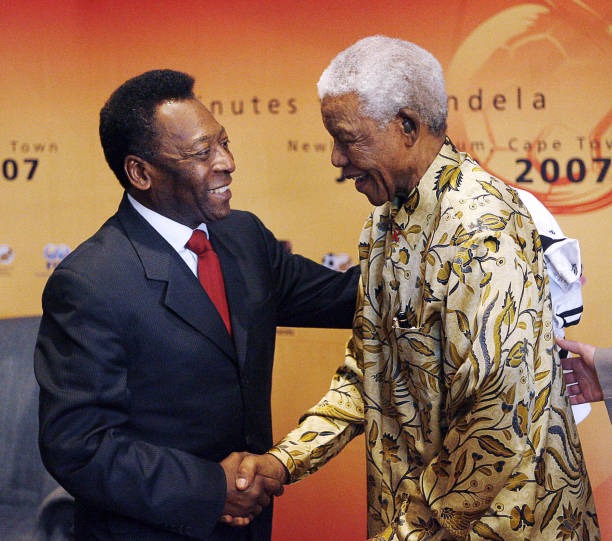 Pele, the Brazilian football legend, met Mandela in Pretoria in 1995 and gave him a football jersey as a mark of his admiration. “Today, I am really saddened,” Pele tweeted. One of the most significant persons in my life was Nelson Mandela. He was my idol, my friend, and a partner in our battle for human rights and international peace. Let us all strive to carry on his legacy with purpose and zeal.” 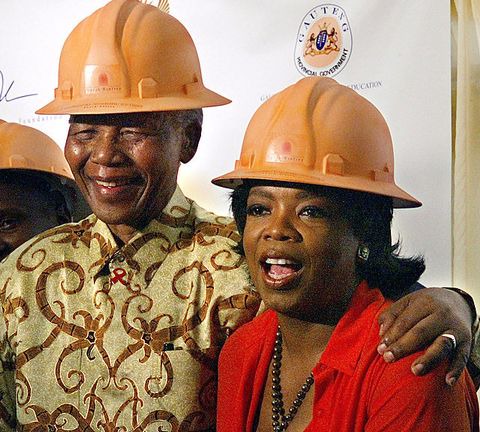 In 2002, Oprah Winfrey and Nelson Mandela attended the opening of the Oprah Winfrey Leadership Academy for Girls in Johannesburg. “One of the great honours of my life was to be welcomed to Nelson Mandela's home, spend private time with him, and get to know him,” Winfrey wrote on Facebook. He was everything you'd read about him and more – humble and devoid of resentment. And he was always up for a good laugh. Being in his presence was like sitting in a throne of grace and majesty. He is and always will be my hero. His life was a blessing to all of us. 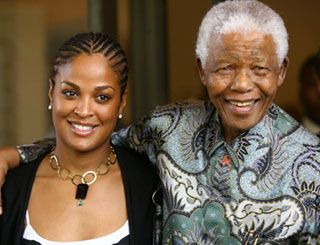 During a meeting at the Nelson Mandela Foundation in Johannesburg in 2007, Laila Ali embraced Mandela. “There is a lot of energy in the room, and I could feel his spirit,” Ali stated during the encounter, comparing Mandela to her father, the great boxer Muhammad Ali. He reminds me so much of my own father as I hold his hand and walk with him on his cane. He exudes the same enthusiasm that I do. As a result, he is like family to me.