By Ghost_News (self media writer) | 8 days ago

Patients with degenerative cervical disc disease who have long been trying to relieve arm and neck pain with conservative treatments such as exercise, chiropractic, physiotherapy, etc, all to no avail, can benefit from cervical disc replacement.

Degenerative disc disease is a spinal condition where one or more discs in the neck become damaged, causing arm pain, arm weakness or numbness with some degree of neck pain. Discs act as shock absorbers between the spinal bones or vertebrae.

When a disc deteriorates and loses its ability to act as a cushion, it starts compressing adjacent nerves or the spinal cord, which causes neck pain that worsens by sitting, bending or twisting. 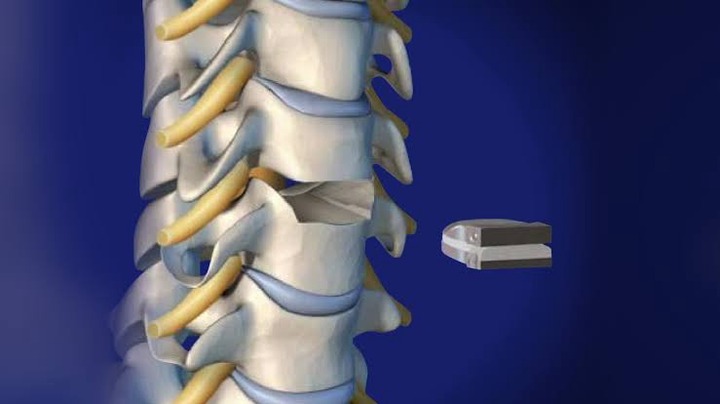 Before digging deep into cervical disc degeneration and replacement surgery, one must understand what cervical discs are.

There are 23 discs in the human spine, six of which rest in the neck (cervical region), 12 in the middle back (thoracic region), and 5 in the lower back (lumbar region).

Each cervical disc rests between seven small bones (cervical vertebrae), numbered C1 to C7. These discs are made of varying percentage compositions of collagen and ligaments, and act as the cushions or shock absorbers in the cervical spine and allow the neck to be flexible and absorb the load (axial load) of the head.

Degenerative disc disease may lead these small shock-absorbing discs to lose their flexibility and ability to cushion the spine.

In the cervical region, this condition typically occurs at the C4-5, C5-6, or C6-7 segment. Cervical disc degeneration can be hereditary, develop with old age or through an injury.

Patients with the condition may experience numbness, tingling, or even weakness in the neck, arms, or shoulders due to irritated or pinched nerve roots in cervical vertebrae, making it hard for them to perform daily activities.

The worn out disc typically shrinks in its height, which can also contribute to the pinching on the nerves in the neck.

Cervical disc replacement is a revolutionary surgical procedure using artificial cervical disc implants, an alternative to cervical spine fusion which involves locking two or more of the vertebrae together to stabilize the pain.

Unlike the fusion operation, the replacement surgery involves permanently removing the degenerated or damaged cervical disc and replacing them with an artificial disc device (prosthetic disc).

Approved by the Food and Drug Administration in July of 2007, the artificial disc device is intended to decompress (relieve pressure) on the nerves and spinal cord as well as preserve motion and flexibility in the neck.

The surgery is more advantageous as it eliminates the need for a bone graft, as well as helps patients regain the postoperative neck motion faster and return to normal activity early. 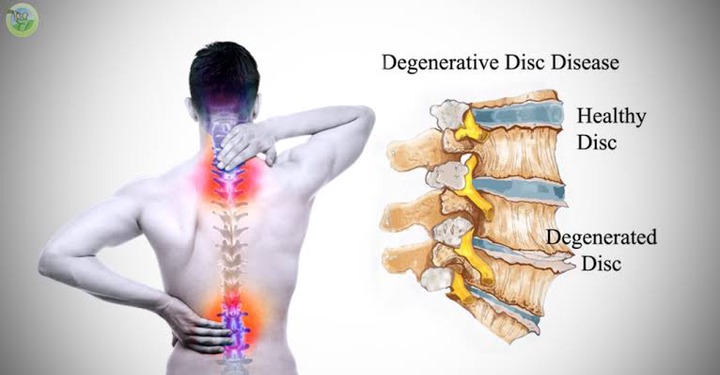 Who and Who Does Not Need It?

If one or two discs in your neck are badly damaged and causing chronic pain in neck and arms, then you may be a candidate for disc replacement surgery.

But the surgery may be considered only if the pain is not relieved adequately with six months of conservative (non-surgical) care, which includes anti-inflammatory medications, exercise, physical therapy, or cold/heat therapy.

The surgery is mostly considered for patients with cervical disc herniations that are significantly taking toll on patients quality of life and ability to function. However, the implantation of artificial disc is not an option for all patients.

Those with arthritic back bones or suffering from degenerative disc disease at multiple segments in the spine are not appropriate candidates for this surgery.