A source within the Russian intelligence community has stated that Vladimir Putin is suffering from "a serious kind of quickly developing cancer" and that his "limbs are trembling violently."

According to a source inside the Russian intelligence community, physicians have predicted that Vladimir Putin has no more than three years left to live. 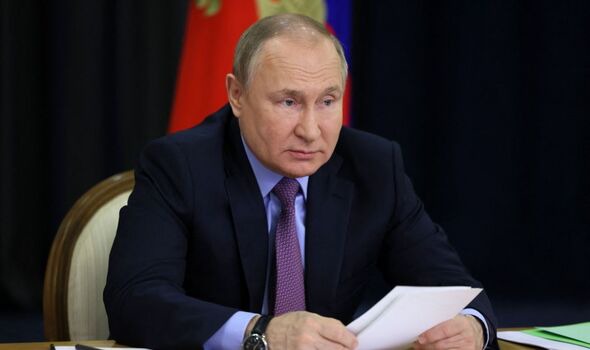 The officer of the Federal Security Service (FSB) stated that the 69-year-old Russian president "had a serious kind of fast growing cancer."

In addition to this, he stated, "He does not have more than two to three years left to live."

According to the information provided by the spy, Putin is also suffering from this sickness and is going blind.

He divulged the following information: "We are informed that he is suffering from headaches, and when he goes on TV he need sheets of paper with everything written in enormous letters in order to read what he is going to say."

Because each page is so large, it can only contain a few of phrases at most. His vision is deteriorating rapidly at this point.

"And now all of his limbs are trembling in an uncontrollable manner."

There are rumors that the disease is causing the Russian leader to gradually lose his vision.

The week before last, Vladimir Putin met with Alexander Lukashenko, the president of Belarus, in Sochi. During their conversation, Vladimir Putin was seen on video twisting his feet in an embarrassing manner.

The week before, he was also seen making strange motions on TV amid claims that, in addition to cancer, he is suffering from Parkinson's disease and multiple sclerosis.

According to the Ukrainian spymaster Kyrylo Budanov, "He suffers from a number of terrible ailments, including cancer."

The grave diagnosis for Putin was revealed in a secret communication sent by a Russian spy to an FSB defector named Boris Karpichkov, who is currently taking refuge in the United Kingdom from Putin's assassins.

The spy informed him that Vladimir Putin is unable to read even the large font that is provided to him and that his sudden mood shifts are worrying his employees.

The following was added to the message: "He won't wear glasses to help since he believes doing so would be a display of weakness."

"He used to be level-headed while dealing with subordinates, but now he has uncontrolled rage outbursts." He has fully lost his mind and has very little trust for other people.

According to reports from the previous week that cited insiders within the Kremlin, Putin underwent successful cancer surgery around two weeks ago.

He went on to say that he was always escorted by a group of medical professionals wherever he went.

The Kremlin may be compared to a shark pool in several ways. They all circle each other, and if any of them detect the odor of blood in the water, they begin to fight.

Things have deteriorated to such a point that the spymasters who are closest to Putin are actively discussing his successor and vying for control of the transfer. 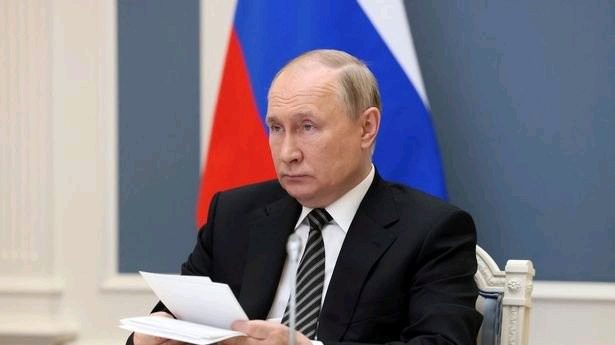 Favorite candidate is Aleksey Dyumin, who is 49 years old and is the governor of the Tula area, which is close to Moscow. He says that while he was chief of the presidential protection, he rescued Putin from an attack by a bear.

Igor Babushkin, the governor of Astrakhan and a former spy, and Dmitry Patrushev, the minister of agriculture, both in their forties, are also in the race.

He is a close friend of Putin and the son of Nikolai Patrushev, the current chairman of the Russian Security Council and a former head of the Federal Security Service.