The layout of the immune system

By Zitoh (self media writer) | 1 year ago

The Layout of the Immune System 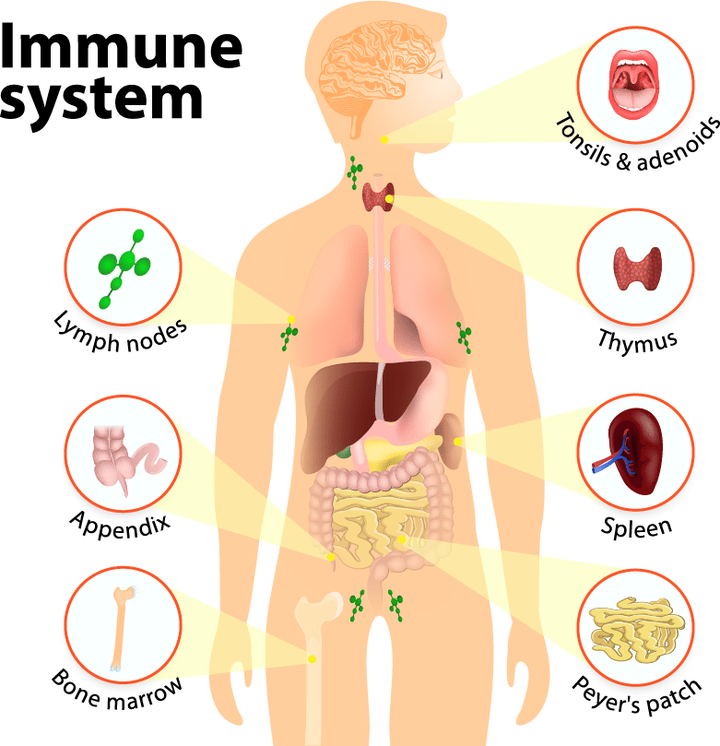 Immunity is not just a matter of balance, of germs versus our particular micro fl ora and whether they can cope with invasion on a physical level. Looking at it in this way initially, however, can help us to understand the modern view of the immune system. The immune system is the name given to particular cells and microbes in the blood, lymph, and some organs that defend the body against disease, harmful foreign microbes, and antigens that come into contact with them in the body, or indeed on the skin. The skin is our fi rst line of defense — the armor of the body. The immune system itself is a wonderful, subtle, and powerful system in which bone marrow, spleen, liver, thymus, tonsils, appendix, stomach, and adrenal glands have important roles to play. The system is intelligent and sensitive: for instance, chemicals issue from damaged cells in a form that allows them to pass through blood capillary walls and “eat” microbes by a process called phagocytosis. Their numbers increase according to the condition, as they are able to determine the severity of the situation. Certain cells can produce a chemical called interferon, which is useful because it limits the replication of a virus. Other cells secrete histamine, which causes blood vessels to dilate, which, in turn, helps the healing process. Still others increase their numbers during allergic responses, alleviating the condition by neutralizing histamine. Different cells wander through the body seeking foreign bodies known as antigens. These cells enter the tissues to become macrophages (or “big eaters”), which can multiply as needed in affected organs. These macrophages are capable of isolating affected areas while they destroy antigens. Cells have to be “educated” and activated as macrophages.

One of the current worldwide — but mainly Western — immunity problems stems from the overuse of antibiotics in animal feeds. These drugs enter the human food chain and weaken our immune systems by killing valuable fl ora. Doctors now recognize this danger. The number of patients who contract food poisoning via contaminated meats and dairy products is constantly increasing. They cannot be treated with the available antibiotics because they have built up resistance via their food intake. Cases of food poisoning are rising by thousands each year. In fact, the U.K. Department of Health today regards salmonellosis as endemic, as it is now resistant to commonly used antibiotics. Pork, sausages, chicken, take-out restaurant food, and meat pastes are all in the higherrisk category. Intensive farming methods using antibiotics, steroids, and hormones are damaging both human and animal immune systems. It remains to be seen whether recent cleanup laws and revised procedures in abattoirs help to abate this trend. 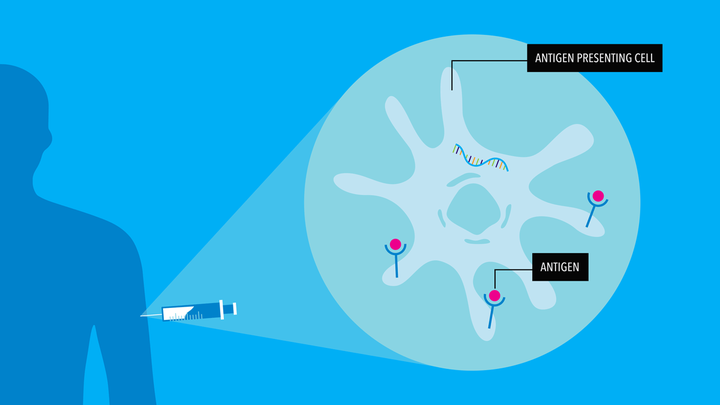 I frequently get asked about vaccination, and I generally suggest that it is a good idea to read a lot about the entire immune system, and to research the ins and outs of individual vaccines and their short- and long-term side effects, before making a decision. After that, I would suggest a look at alternatives. These must include living an immunologically strong lifestyle and developing an ability to react well under potentially stressful and emotional conditions. In other words, you would be embarking on a lifestyle of responsibility. I have seen enough problems associated with vaccination to make me personally very wary and thus generally to avoid their use within my immediate family. I have had many children in my clinic suffering from lung complaints, digestive problems, bowel infestations, brain diseases, fungal and parasitic infestations, brain and speech breakdowns, and more. These conditions have been traced back particularly to the measles, mumps, and rubella (MMR) vaccination. It would seem that such a huge immunal assault on the very young often proves too much, and the body reacts  adversely in a variety of ways. Vaccination works because of the immune system’s ability to recognize and respond, but it can tie up the body’s B and T cell memory capacity to such an extent that the body’s immune function ceases to be free to deal with any new challenges. Natural coding, whereby immunity is achieved through overcoming normal infections one by one in childhood, is more subtle: between 3 and 7 percent of memory capacity is tied up through natural coding, contrasting with 70 percent when a vaccine is used. (This gap was revealed in data collected by the Humanitarian Society in 1983.) Never allowing our immune system to self-educate, to recognize and remember for itself, is dangerous. Yet this is what may happen if antibiotics or vaccinations have been overused. Triple vaccines have been banned in some countries because of the increased danger of overstimulating a child’s immune system. In Britain, however, it is still considered safe and acceptable. Although one brand of triple vaccine was withdrawn recently because of apparent links with meningitis, Britain still continues to use other types. 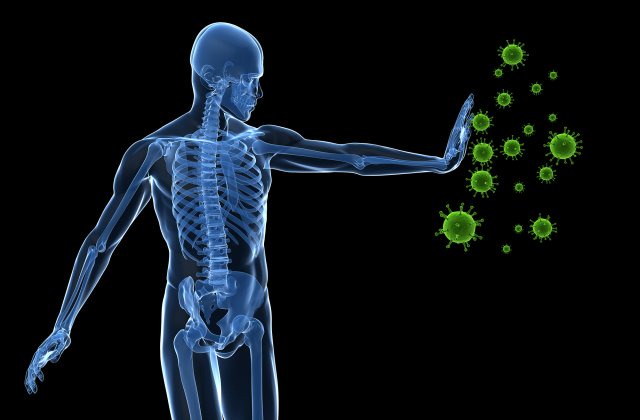 We have many automatic and natural defense systems for dealing with viruses, bacteria, fungi, and other foreign bodies. It is generally believed that viruses are different from bacteria in that bacteria operate outside cell walls while viruses choose a host cell in order to replicate themselves. Some can mutate — for instance, HIV dodges the immune memory system in order to survive. With all viruses there can be the added problem of secondary bacterial infection. Although modern drugs can deal with fungal or bacterial infections, they used to be unable to invade viruses or to penetrate the walls of cells inhabited by viruses. However, some are now able to overcome certain viruses’ sophisticated defense systems. This development could lead to the production of entire families of antiviral drugs in the future, which could have a similar outcome to the story of modern antibiotics (see below). Should an antibiotic be given to a person with a virus, and should it enter the cell wall, aggressive side effects can take place; these may include severe nausea, dizziness, immune system imbalance, and emotional swings.

How we think and feel is the Immune system 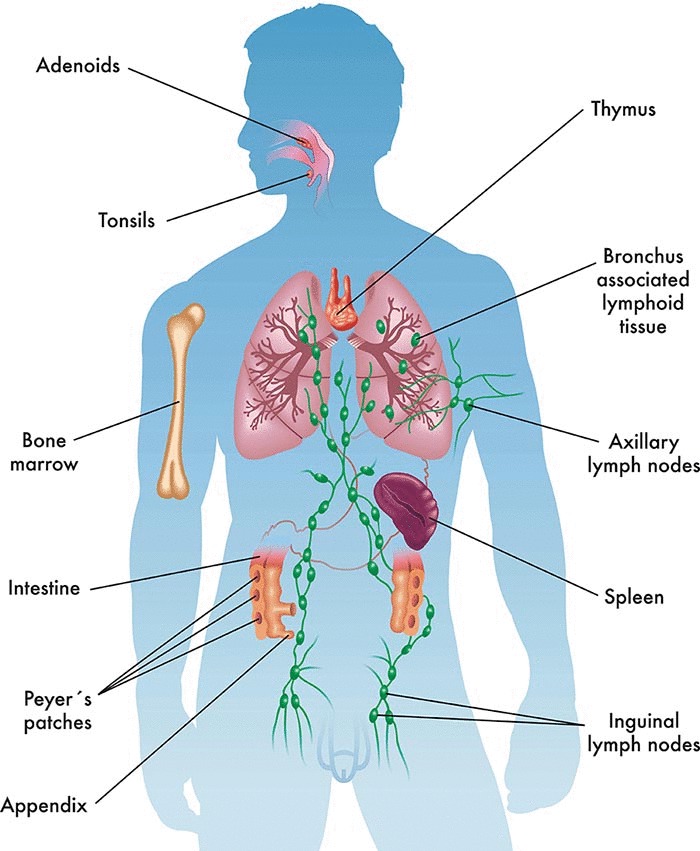 The key to an effective immune system is the general well-being of our mind, body, and spirit. Being sick is not simply the result of one problem, it is a collection of many factors. Some diseases are regarded as being modern, such as depression caused by stress, pollution, and so on. We become frightened by these diseases and perhaps even feel guilty about them. These negative feelings are also factors in disease. Cancer is often talked about as a modern problem too, but archaeologists and scientists have told us that the skeletons of ancient peoples and animals have repeatedly shown signs of cancer, proving that this is an old, inherent problem affecting all living creatures. In medical lectures on the immune system in top American hospitals, great emphasis is usually laid on a patient’s state of mind as being the key to the health of the immune system. Medical experts have discovered through extensive research that the main, fundamental driver of the immune system is the hypothalamus, and that what dictates its performance is the way we think — that is, whether we are happy or sad, positive or negative. It is also important to look at the health and wellbeing of the adrenal glands, which support the hypothalamus. A stressed, overworked, unhappy life can lead to disease, whereas a positive attitude, happiness, and relaxation are vital in overcoming disease. In this modern era of gene testing, it is important to realize that we can all possess mutant genes with a potentiality toward cancer. Not only can we be responsible, in part, for whether they get switched on, we can also have the power to switch them off.

Content created and supplied by: Zitoh (via Opera News )