The Covid 19 invasion brought fear to people living with HIV as some were even reluctant to collect their medication at clinics because they considered themselves at high risk, as the virus is said to be potentially contagious.

Unathi Chonco (37) from Nseleni in Greytown, originally from the Eastern Cape in Mdantsane, was one of the terrorists when the Covid 19 arrival in South Africa was reported. 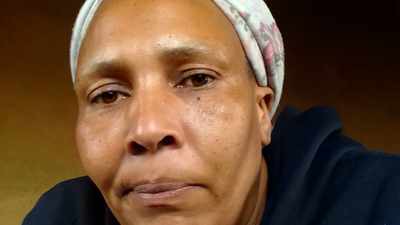 The HIV / Aids activist, who has been living with the virus for more than a decade, told the Sun yesterday that although she was healthy she had not been ill since she was diagnosed in 2011, but the arrival of Covid-19 made her feel very nervous as she and her husband. is in danger.

“Although I was scared, I did not stop visiting the clinic to get treatment. We encouraged people living with the virus to go to the clinic for treatment, but make sure they protect themselves by wearing masks so that they do not get infected with Covid 19, ”said Ms Chonco.

She said that when she first found out she was HIV positive, she was pregnant while visiting a clinic in the Eastern Cape in 2011, adding that because she was in a local support group, it did not surprise her because she was already used to working with people living with the virus.

“At first it was difficult for people to accept that he was infected, but with the support of my family I did not have a problem. In 2012 the military indicated that I could start taking my medication, which I had been taking since then and never looked back. I have never been sick, I am healthy. Some people start getting a little sick when they start treatment before they get used to it, but for me that has never happened, ”he said.

Ms Chonco is also the Secretary of the National Association of People Living With AIDS in the Umvoti Municipality.

He said not drinking alcohol, using a condom during sex and eating a healthy diet were the things that helped him keep his body fighting the virus. He encouraged members of the public to take precautions to ensure that if they were infected with Covid 19, especially if they were HIV positive, they would not get very sick.

Ms Chonco has a nine-year-old son who she gave birth to after she was diagnosed, and said she was fine and uninfected as she followed all the health regimens using nevirapine to ensure her son was safe. He urged people living with the virus to be vigilant on treatment and that those who were not infected should be careful not to focus on alcohol and drugs as they were a major factor in the spread of the virus.