Andile Lungisa is saying that donations of vaccines is not a yardstick that people love you. He said that Africans who vaccinate should be given three plates of food every day because according to him, hunger and not vaccination is the greatest problem of Africans. Taking to his Twitter account, the embattled former president of the ANCYL declared that, “In Africa, the vaccination needs to go with 3 plates of meals a day permanently. That is when we will know we are loved by the world”. The young politician made it known that if the world can only truly say they love Africans if they give Africans three plates of food every day, especially those who have vaccinated. Food is a priority. Many people in the villages may not have or experience Coronavirus,, but hunger is hitting hard on many parts of Africa due to poverty and political unrest. 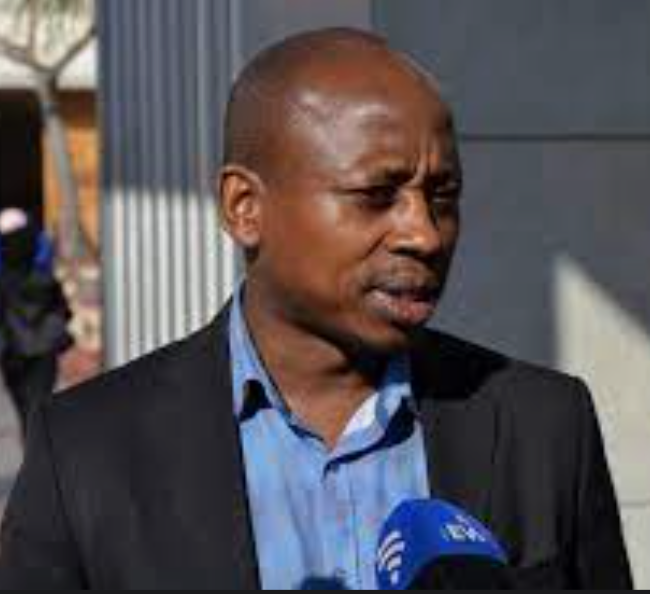 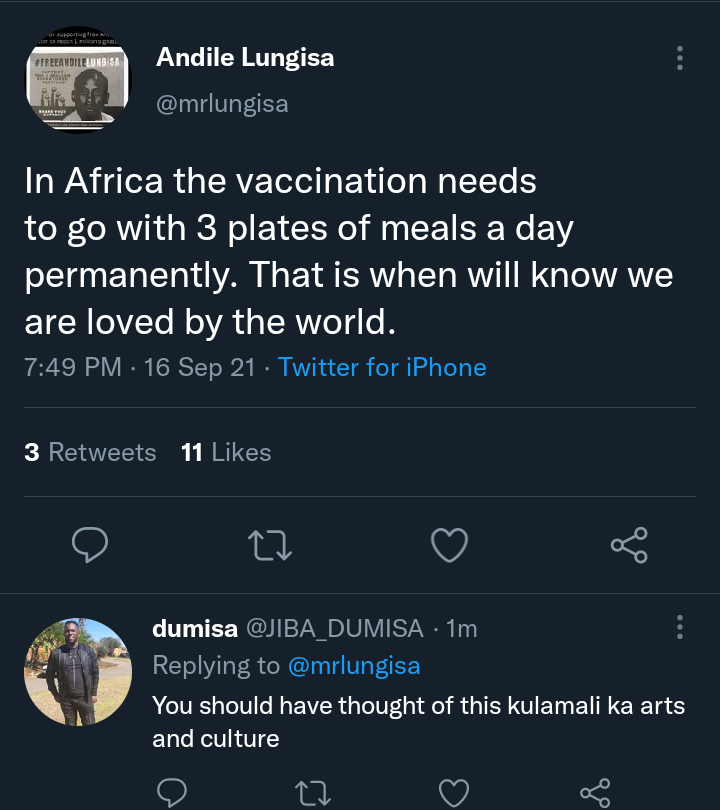 Some social media users say that they cannot believe that some wealthy countries and individuals are ready to donate billions of dollars worth of Covid-19 vaccines to poor countries but cannot donate such huge amounts of money to end poverty, neither will they donate that amount of money to end the hunger in Africa. The government of the republic of South Africa led by Cyril Ramaphosa is gearing towards the introduction of the controversial vaccine passport. Several people took to Twitter to express their profound displeasure over the incident. They lamented that only if the government and the president can take the issue of unemployment and irregular migrants serious as they are taking the issue of vaccination, then South Africans would have been pleased. They noted that the government is unnecessarily putting too much effort into the vaccination of the people more than alleviating poverty and eradicating unemployment, especially among the youths and treating illegal immigrants, Undocumented foreigners and cross border violators then South Africa would have been a better and safer place. 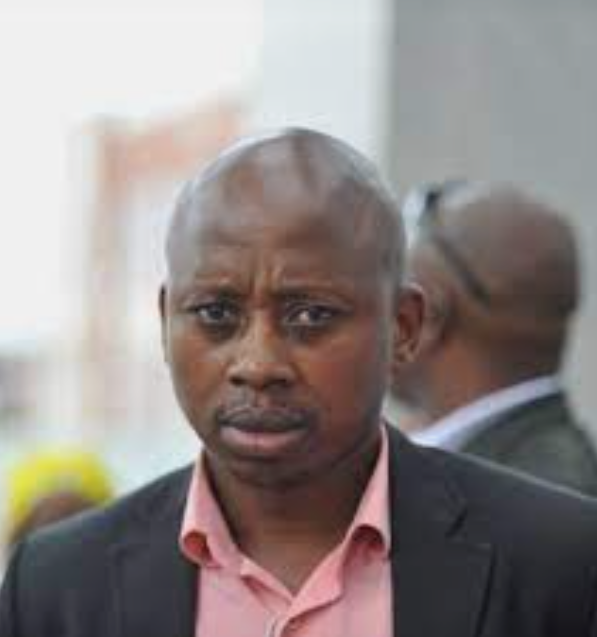 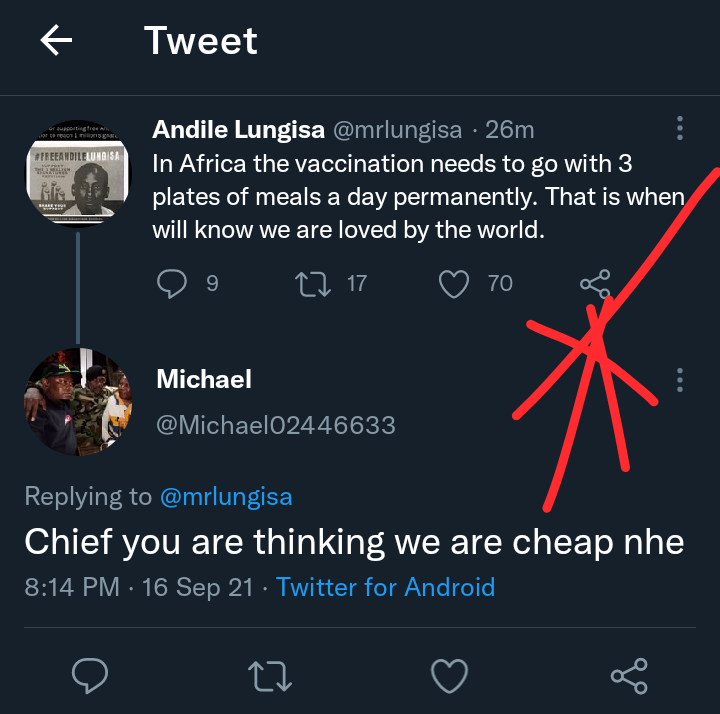 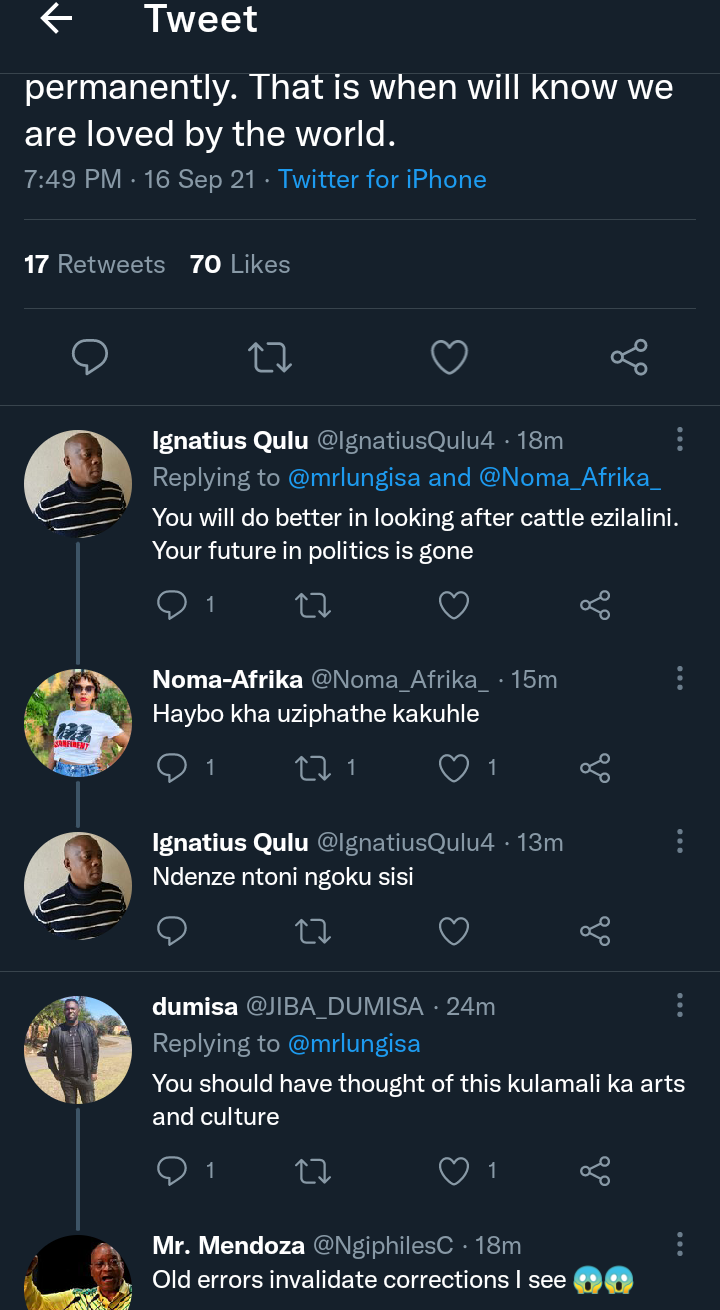 This is not far from what Mr Andile Lungisa is saying. He is indirectly saying that food is more important to a hungry man than vaccination, and that the world can truly say that they love and care for Africans if the vaccination exercise is accompanied by three plates of food daily. Recall that a white man told the president, Cyril Ramaphosa to stop wasting his time forcing people to vaccinate. He said that they should simply print a t-shirt as it is done during the election and everyone will come to vaccinate so that they can get the t-shirts for free.