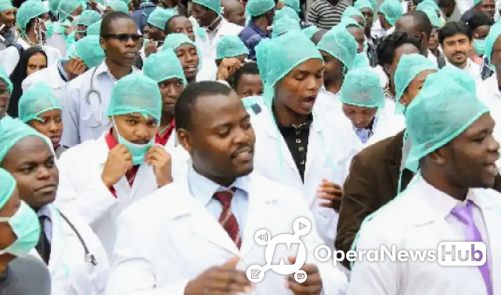 A profession such as medicine is well respected in Nigeria because it is known to treat sick patients. In fact, the richest doctors we have in Nigeria today are few due to the complexity associated with studying medicine as a course at the university. Some rich doctors are worth millions of Dollars and have greatly contributed to the health and medical industry in one way or the other, both locally and internationally.

According to Forbes and Infomedia, here are the top 5 richest medical doctors in Nigeria and their net worth, profiles, and their contributions to society both in the medical industry and business world. 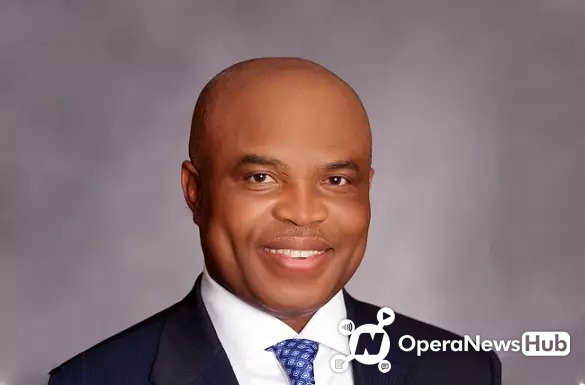 ABC Orjiakor is unarguably the richest doctor in Nigeria. Born on October 1st, 1960, Orjiakor has trained at the Lagos University Teaching Hospital (LUTH), Lagos as a General Surgeon. In 1985, he bagged an M.B.B.Ch. degree from the College of Medical Sciences, University of Calabar. His specialty is mostly in orthopedic and trauma surgery. In 1996, he was later inducted into the West African College of Surgeons (WACS).

Doctor ABC Orjiakor didn’t leave medicine and surgery entirely but ventured into private business. He has investments in various sectors of the economy. Ranging from Pharmaceuticals, Oil and Gas Industry, Shipping, Banking, and even Insurance. ABC Orjiako is the current chairman and co-founder of Seplat Petroleum, an oil company where he both direct and indirect holdings of up to 47,251,325 shares valued at ₦31.4 billion.

ABC Orjiakor hasn’t contested for political office in the country and he is a philanthropist. His foundation, the Daniel Orjiako Memorial Foundation has helped a lot of young people to achieve their dreams and also start-up small businesses. This rich medical doctor is a practicing Christian, has four children, and is happily married to a wife.

Dr. ABC Orjiakor’s is one of Nigeria’s billionaires whose net worth is estimated at $1.2 billion dollars 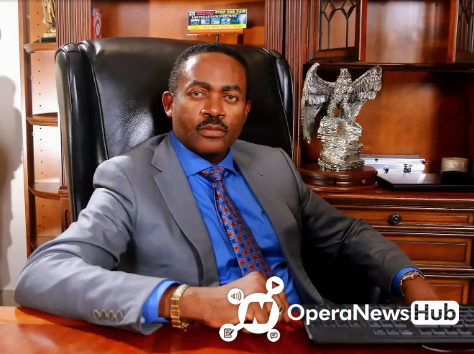 Dr. Godwin Maduka is among the richest doctors in Africa and one of the best doctors in Nigeria that have contributed immensely to the growth of the health industry. Although, he is based in the United States, Godwin Maduka has made a name for himself in the country, especially among the elites in medicine and surgery.

Aside from medical practice, Godwin Maduka is a philanthropist and an accomplished businessman. He hails from Umuchukwu town, Anambra state, and was born in 1959. Most of his professional educational qualifications were gotten from the United States. Dr. Godwin Maduka attended All Saints Grammar School, Umunze where he got his secondary education before gaining admission to study Medicine and Surgery at UNIPORT. Due to lack of finance, he couldn’t further his dreams, until he got an academic scholarship that allowed him to study at Rust College, Mississippi in 1982.

Since then, he had acquired various qualifications in different medical courses. In 1988, he also studied Pharmacy at Mercer University and worked as a pharmacy technician briefly, after which he proceeded to study medicine at Tennessee. Today, he is an expert physician in anesthesiology, pain management, and critical care.

One of the greatest achievements of Doctor Godwin Maduka is the Las Vegas Pain Institute and Medical Center, a hospital he founded and is well respected in the United States. Aside from this, Maduka is a clinical assistant professor of surgery at the UNLV School of Medicine. He is the clinical faculty supervisor and adjunct professor of pain management and anesthesiology at Touro University Nevada.

Dr. Godwin Maduka constructed the largest medical research center in West Africa. This research facility, located in his hometown of Umuchukwu would help advance medical sciences, through advanced research in Africa. He is also responsible for many philanthropic efforts through his foundation, The Godwin Maduka Foundation. He has invested over $20 million in building hospitals, churches, homes for the less privileged, hotels, schools, etc.

It's known that Dr. Godwin Maduka is among the top richest men in Nigeria worth over N500 billion. As a billionaire, we know that he has a lot of investments, ranging from landed properties, real estate, hospitals, medical research centers, etc. His house costs millions of dollars to build, so does the Las Vegas Pain Institute and Medical Center which cost over $5 million to build. Dr. Godwin Maduka has five children and is married to Stella Maduka, who is his wife. 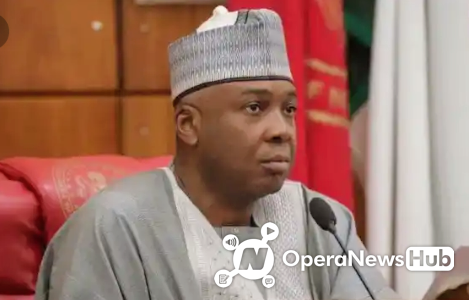 Dr. Bukola Saraki was born in London on December 19, 1962 to a wealthy family Saraki family. In fact, his journey into politics isn’t surprising as his father, Olusola Saraki was also a former governor of Kwara state and a senator too. His secondary school education was at Corona College and King’s College in Lagos. After which he attended Cheltenham College in the United Kingdom where he obtained his high school certificate.

Bukola Saraki furthered his education by studying Medicine and Surgery at London Hospital Medical College of the University of London from 1982 to 1987. It was at this school he obtained his Bachelor of Medicine, Bachelor of Surgery (MBBS). One thing about Saraki is that he takes health seriously.

When he was elected executive governor of Kwara State, Olubukola Saraki started a health program to help reduce child mortality rates from malaria. His administration provided and distributed insecticide-treated nets and malaria drugs for free to pregnant mothers and their children. Also, several hospitals were built, including training of medical staff and health workers, employment of medical doctors certified by international health agencies.

Bukola Saraki who is one of the wealthiest Nigerian doctors is worth billions of Naira. His assets include landed properties in Kwara state and other parts of the federation. He has currently married to Toyin, and they have four children. The former senate president is also a force to reckon with in Nigeria’s politics. 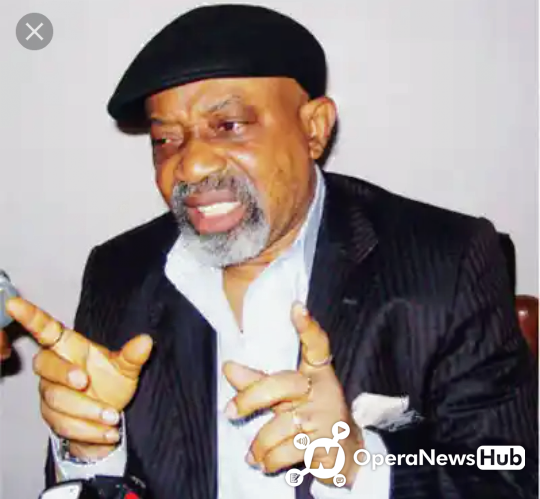 Dr. Chris Ngige is Nigeria’s Minister of Labour and Employment under the Buhari’s administration. By profession, he is also a medical doctor and a one-time former senator and governor of Anambra state. He was born on 8th August 1952 and has a lot of experience in the medical field before entering politics.

Dr. Ngige had his tertiary education at the University of Nigeria, Nsukka. It was at this school that he graduated in 1979 with a Bachelor of Medicine, Bachelor of Surgery (MBBS). He joined the civil service, working at the statehouse clinic at the National Assembly. Dr. Chris Ngige has stopped practicing as he is retired from the medical service and now a serving minister.

Dr. Chris Nwabuwze Ngige is one of the few rich medical doctors whose net worth in dollars this 2020 is estimated at $40 million while in Naira, he is a billionaire. 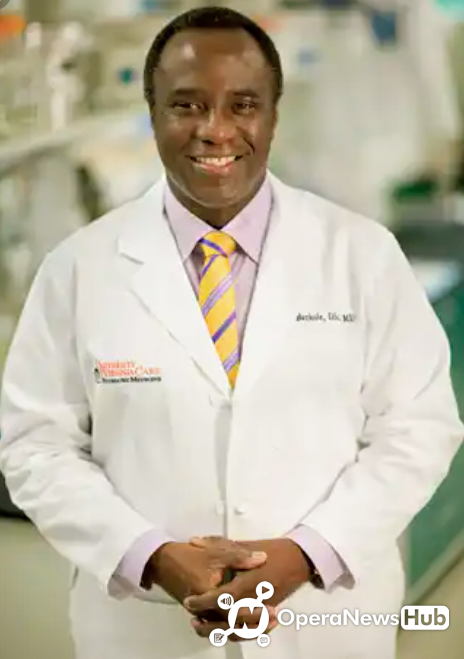 He is one of the best doctors in Nigeria, a professor popularly known in the area of psychopharmacology of medications for treating addictions. He made a discovery to the treatment of alcoholism, that topiramate, a gamma-aminobutyric acid (GABA) facilitator and glutamate antagonist, is effective in treating alcoholism.

He was born in 1959 and is a certified psychiatrist and licensed physician in both American and European countries. He has served as Alumni Professor and Chairman of the Department of Psychiatry and Neurobehavioral Sciences at the University of Virginia. Recently, Professor Johnson honored an appointment to become the Chairman of Psychiatry to lead a Brain Science Research Consortium in the neurosciences at the University of Maryland.

Professor Johnson is one of the famous Nigerian doctors abroad who has won many health awards, not only in Psychiatry but in research.

Note: While there are other wealthy Nigerian doctors that are doing the country proud, these ones have distinguished themselves as medical experts who have contributed one way or the other to society. The best doctors in Nigeria are mostly abroad while the ones home are hardly recognized and are not even paid good salaries.

We have some other famous doctors like Dr. Babatunde Osotimehin, Dr. Christopher Okojie, Dr. Olurotimi John Bader, a famous doctor in Nigeria popularly known as the only trained cardio-nephrologist in the world, Late Dr. Stella Ameyo Adadevoh, one of Nigeria’s best doctors that helped discover a case of Ebola virus, and died in the process.

Medical Doctors’ Salaries in Nigeria (2020): See What They Earn

The heart-wrenching choice of who lives and dies