Have you ever heard of a man who is expecting? Due to modern technology, it might be conceivable today, but what about in 1999? No, I think. Meet Sanju Bhagat, or "the man from India who is pregnant."

She already had a very huge tummy at age 2, which is the most obvious pregnancy symptom. Her stomach grew larger as she grew older. He was constantly made fun of by the locals since he appeared to be nine months pregnant. Sanju was brought to the hospital for surgery in June 1999 when he was 36 years old because the growth in his stomach was making it difficult for him to breathe.

The physicians speculated that it might be a tumour. They had no idea what would happen next. The surgeon claimed to have felt numerous bones inside during the procedure. A limb then emerged, followed by the entire mutated body of a foetus. The doctors were in awe of what they saw. 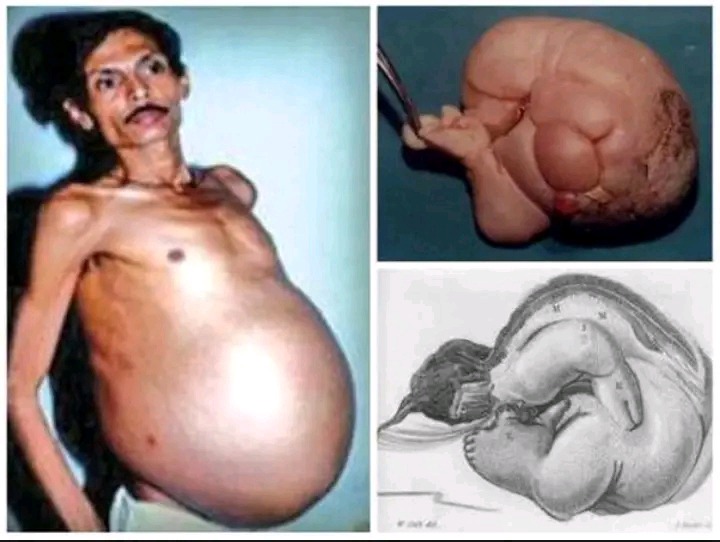 Doctors found that Sanju Bhagat had foetus in fetu, one of the rarest medical diseases known to man. A foetus becoming imprisoned inside her twin results in an incredibly uncommon abnormalities condition. Bhagat therefore spent 36 years carrying his twin within of him.

Bhagat's placenta wasn't present (naturally), hence her blood supply was the direct source of the growth. By creating an umbilical cord-like structure that flowed into Bhagat's blood supply until it got large enough to start damaging the host, at which point doctors generally intervene, the confined foetus remained as a parasite even after the host was born. In contrast to the norm, Bhagat was able to coexist with his own parasitic twin twin.

Bhagat's pain and difficulty breathing vanished soon after surgery, and he made a full recovery. He lost a significant amount of weight. He is currently leading a regular life. But now everyone would refer to him as the "Indian man who was pregnant."