Did you know your stomach could digest a razor? Learn 10 other crazy facts about your body.

Here are ten facts you didn't know about your body. 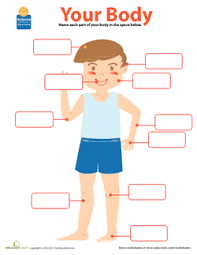 Your hair helps the environment

Dirty hair can be good for the atmosphere: according to environmental engineers at the Missouri University of Science and Technology, hair absorbs the air pollutant ozone. Scalp oils were found to be a major contributor to this, so if you want to do your part to help your local air quality, skip the shampoo! More than anything, this fact truly proves to be one of the more interesting things you didn't know about your body.

Humans are the only animals who cry

While many animals produce tears as lubricants for their eyes, humans are the only ones who cry as an emotional response. Dr. Thomas Dixon, director of the Centre for the History of Emotions at Queen Mary, University of London, suggested that tears serve a social purpose for humans and that, "Even for those who think they really are just weeping for nobody apart from themselves, it's still a sort of performance. You're showing yourself things have really got bad, or whatever it might be.

When we talk about someone having a "glow" about them, that's often literally true. Research has found that the human body does in fact emit visible light, but since it's about 1,000 times less intense than the levels our eyes are able to spot, it's not "visible" in practice.

You can't tickle yourself

Your cerebellum—the area in the back of your brain that monitors movement—predicts the sensation you will feel when you attempt to tickle yourself, countering the response that the tickle would otherwise elicit in other parts of your brain.

"Two brain regions are involved in processing how tickling feels. The somatosensory cortex processes touch and the anterior cingulate cortex processes pleasant information," Sarah-Jayne Blakemore, a research fellow at the Institute of Cognitive Neuroscience at University College London, explained to Scientific American. "We found that both these regions are less active during self-tickling than they are during tickling performed by someone else, which helps to explains why it doesn't feel tickly and pleasant when you tickle yourself.""

Your feet contains quarter of your bones

Human feet contain 52 bones (26 for each foot). That's nearly a quarter of all the bones in your whole body! Each also contains 33 joints and more than 100 muscles, tendons, and ligaments

Even if 75%of your liver is gone, It'll still regenerate

The liver is resilient. Even if reduced by as much as 75 percent, it can grow back to normal size. This happens through the rapid replication of liver cells, with the thing reaching its original size (or very close to it) within about a month, according to the University of Iowa. Though this may be one of the few things you didn't know about your body, it should be the one fact that proves to be truly stunning.

Your small intestine is 4x longer than you

your small intestine is about 18 to 23 feet long, meaning, if you uncoiled it, it would stretch to almost four times the length of your own body.

Your bone is stronger than steel

While most of us experience a broken bone at some point in life, the fact is that bone is an incredibly tough substance. So strong, in fact, that, as Discover Magazine puts it, "ounce for ounce, our bones are stronger than steel." A bone has a greater pressure tolerance and bearing strength than a rod of steel of the same width. The strongest bone in the body is the femur, which can support 30 times the weight of an average human.

Your belly can digest a razor

You probably shouldn't be swallowing these things, but you might be surprised to learn that your stomach could do some serious damage on razor blades if you did. Researchers out of Meridia Huron Hospital tested the effects of gastric juice on metal objects and found that over 24 hours, the stomach acid reduced razor blades to 63 percent of their original weight (pennies and batteries, however, were barely affected).

A blink is a mini nap

You probably thought that a blink was just something you did to keep your eyes moist or keep dust out of them. That is a very valuable service, of course, but we actually blink way more than needed for that alone—about 15 to 20 times per minute. In fact, closing our eyes briefly has been found, according to a study by Washington University, to help sharpen attention and serves as a miniature recharge.